webCoRE provides a rich common programming environment and code sharing across different home automation platforms. webCoRE provides an Integrated Development Environment (IDE), including debug, trace, and performance analysis for developing, testing, monitoring and optimizing your automations. It also has the ability to create dashboards that can be accessed from different locations. webCoRE is one of the few apps that provides both execution and performance information on your automations.

There is a webCoRE community that has many example pistons (automations your write with webCoRE) that can be imported, as well as get questions answered. Tips are also available on using webCoRE and HE efficiently.

Please note this version only runs with 2.3.1.130 or later of HE firmware (this is the current released version as of today)

Details on the webCoRE port to HE

The HE code has :

As mentioned in other notes, it is a good idea to:

If you need general webCoRE assistance on coding, examples, etc, the webCoRE community forum is a good place to visit, find programs you might reuse, have discussions with experts, etc.

Note Adrian is the original author of webCoRE, and not directly involved in the port to HE. 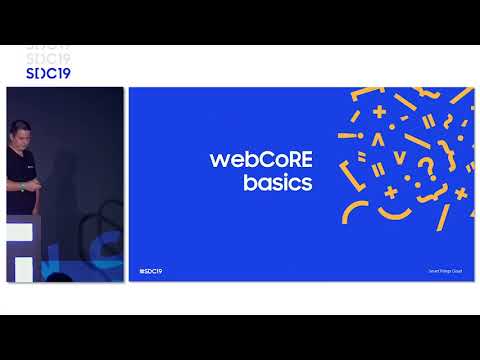 Additional details on how things work:

Your pistons execute locally and if the webCoRE servers/internet are down, pistons keep working (unless the piston is using one of the below mentioned webCoRE server functions).

staging.webcore.co is the newest / beta of the wc servers (WC team puts updates there before they release them). You generally do not need to use this site unless instructed to, as it may have code that is not fully tested/released.

It is possible to host the webCoRE web server files (html, js, css) locally (on your own computer in home, such as a raspberry PI).

This is an advanced/complex configuration, and when setup properly removes part of the webCoRE web server cloud dependencies - shifting the dependencies to your local deployment. This feature is only available on the HE port of webCoRE. Note that this is for webserving the IDE web pages, other webCoRE server functions (piston sharing, email, ifttt outbound, $nfl, store media still use the webCoRE servers)

Unfortunately I’ve found that Hubitat’s cloud url has a size limit on responses which after seems to throw a 502 error on their end. Using a small test app I’ve found this to be around 118Kb. With full logging enabled some of my larger pistons hit this limit when webcore needs to load the full instance data (devices and capabilities) along with the piston. Sometimes I can get around this by loading a smaller piston first so that the large instance data gets loaded along with it and then the othe…

Here are my current scripts.. this is hardcoded to 0.214.. change the static IP to whatever you want. I copy the files over with WinSCP so you would have to add the ssh commands as needed. I also leave a few files owned by www- so it's certainly not secure.

The webCoRE dashboard can display / graph data. Fuelstreams is a groovy module to store data for piston fuelstream requests locally on the HE.

Taking over this note for instructions

You can see the $weather data format by

The different sources for $weather have different data, formats/spelling of variables, so hence you need to see the dump.

There are many example weather pistons in the webCoRE forum (most of these are for $twc as a source which ST uses (which is a paid service, so not on HE), but these examples can help you start with something and then adjust the data reference).

The storage app does attempt to add icon references to the $weather data as well as a $weather.weatherType variable to give you the source setting into the piston.

Another note - many times $weather data has times embedded as integer numbers (these could be seconds since epoch, or milliseconds since epoch). HE webcore can make these time or datetime directly (ie dateTime(value)) vs. all the gyrations you may see in ST pistons to fix time as numbers...

New update posted It sorts system variables for display in webCoRE IDE UI There is a new driver for users of $weather, that provides an event when $weather is updated - so pistons using $weather can be event driver to run after an update occurs to $weather variable. The piston will need to decide what changed for values, the 'updated' event provides notification that webcore updated $weather. If you use HPM, you have to use 'modify' to select to add this device handler.

On webCoRE and hub stability:

I saw a comment by staff (think it was Bruce

) saying that they don't have the issues they had in the past and it's not a issue anymore due to the work @nh.schottfam has done. This was no more than a week ago. Now it's just the same as all other apps, if you have a issue your need to disable them to remove them as the possible cause. But it's not longer actively discouraged or a known issue.

We don't have official stances.

Heck we don't have any officials...

Updates on hub lockup discussions on HE

I know some people use RM to reboot their hub nightly but this requires you to have hub security disabled. The only option I've seen with security disabled it to run something on an rpi. I built a small app that does it all self-contained to the hub (I really didn't want to setup an rpi just to reboot my hub!) You can find the app here GitHub - dcmeglio/hubitat-rebooter it's pretty straight forward, specify the username/password to use to login to your hub and the time of day to reboot. Hopefu…

Another hub lockup Get Help

The assumption that "outside code" is causing the problem is a bit opaque. There should be some information to developers as to what are the problems that may arise. It is well known if you go compute bound / infinite loop you can cause problems. But what happens after that has been eliminated? I do think there there are system level memory leaks, and db problems that build up over time. Since "outside code" does not allocate / deallocate memory, nor control the db in any api fashion, it …

Another hub lockup Get Help

I see lockups on hubs without webcore....so hard to know if my webcore experience matters.... In webcore I have found that state size (which is stored in the database) matters. Things got a lot faster as state size was reduced (as well as reduction in use of atomicState). This suggests to me that the db is a bottleneck in performance (which matches your statements on attributes). Logging also seems to go to the db, so this may matter also for performance. Another bit of work I did in webc…

I get this warning and even though I cleared the cache and restarted the browser it won't go away.

I think for some reason it’s looking at the ST value?

on HE make sure you have updated both webcore.groovy and webcore-piston.groovy.

If you have done this correctly, you can then go into Apps -> Webcore and hit done

The webcore dashboard checks the webcore version number. The code (webcore.groovy and webcore-piston.groovy) check the HE version number (that they match) - this would show up in the HE dashboard under "Logs" if there is a problem.

Not working.... I must be doing something wrong.

i dont care webcore can suck it

See note 1 in this thread

for anyone using local fuel streams on HE,

There are fixes pending testing on the staging.webcore.co dashboard site. (do note these are unreleased and under testing) that enable display of local fuel streams in the webcore dashboard -> "FuelStreams"

You can just ignore this.

It normally should only show up once if the webcore servers are updated.

Generally older server and newer groovy files should work, however some features may be missing (if this message continues to come up).

As stated in the instructions in message 1 here, when updating (potentially groovy and local webcore server) it is good to update one thing at a time, so you can more easily checkout that everything is good in your environment (ie do groovy first, run for a while, then do your local webcore server).

You should be able to go straight to it.

When I hit Save on HE, it say : Metadata Error: Parent App 'ady624:webCoRE' not found on line 301
I can not save this app ! Please help. Thanks.

Just like it says, you need to install the webcore app code 1st then piston.

Now I need to install " webcore.groovy " 1st , is that right ? Thanks.

Thx @Royski for the report on finding this.

When I open the Dashboard Webcore on HE, and hit new piston, nothings happen! Did I miss something?
Thanks a lot for your help.