Due to the changes in the plugin API (switching from legacy to dynamic) you can not directly update the plugin, you will need to add as a new accessory and setup your devices/automations/scenes again.
On a positive note, you can use the same Hubitat app instance as long as you update it to the latest code. 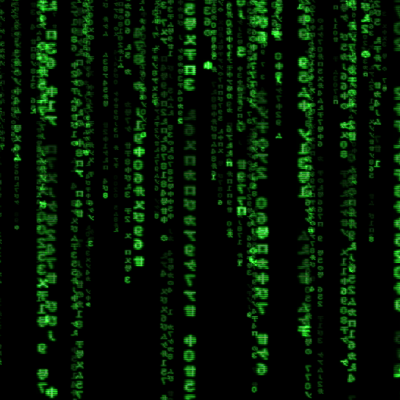 Hubitat Homebridge Plugin. Contribute to tonesto7/homebridge-hubitat-tonesto7 development by creating an account on GitHub.

I've been using this with 145 devices and haven't seen any hub platform issues once on my C7 hub.
Since Hubitat is my primary hub now I can devote more time to fixing issues with this version

Slow Command: I've noticed that if I don't send any commands for awhile from home kit that the first time I do there is a 1-2 second delay. Then after that, it's fast again. I'm not sure if it's home kit, homebridge plugin, or the hubitat app. I will continue to watch for clues.

can this be used with the Eufy Doorbell?

I'm not sure what you mean? I'm not to familiar with Eufy...
This allows for basic devices, sensors to interface. It does not support video devices (That's a whole other level of work)

What do you intend on doing regarding button devices?
Button devices (e.g. Lutron Pico) aren't really supported in Homekit (I think).
Perhaps they are supported with Eve or some other app available on the IPad?

P.S. I'm going to try using this - thanks very much for putting this together.

This is awesome! Congrats on the huge release.
For someone who already has Hubitat + Homebridge enabled, do you have guidance on the best way to "test this out" before migrating over (e.g. could you technically connect twice without making a mess of Homekit)?

Want to make sure all my devices work before abandoning the current setup I have.

Are you using my old plugin and app? or the maker API version?

Cool. As an FYI, I also recently ported my homebridge - HomeSeer plugin to the Hubitat platform. From what I can tell from a brief look at your code, mine takes a different approach on coding in which I first sets up a Hubitat System Object class to control interactions with Hubitat, and then use an event-emitter model to generate Javascript emitter events interfacing with HomeKit services and characteristics. I mention it as it may benefit both of us to learn from each other's implementations. If you're interested, see: homebridge-hubitat - npm

When I have some time I will definitely take a look...
I do know that it took me awhile to find the right code structure to use, once I did I haven't regretted it yet.
This code runs really solid as it's been in use on ST for over a year (I can't believe a year has passed already)

you can run both side by side

Is there a limit to the number of devices you can have in a single instance? I currently have about 250 devices running across 3 different instances of Maker API.

There is a homebridge limit of 150 accessories per bridge

Thanks, I'll pair this down to two instances and see how it goes.

not looking for video, but just if motion is detected or if the doorbell rings, instead of going through something like Alexa -> HE, just have it trigger right in HE

Just to note - the capability filters aren't working for me. I have about a half-dozen devices that use Markus' Xiaomi/Aqara/Opple drivers, which use the presence attribute to track if they've dropped off. Homekit treats them as occupancy sensors because of this, so I'm trying to filter out the capability. I have them checked off, but it has no effect.

I've also got an Iris V2 motion sensor with a bad temp sensor that I'm trying to filter out. No luck there, either.

I will try to duplicate this in the morning... I haven’t used the filters on my new install so maybe I broke something.

Can you share a screen shot of the selected devices page and the filters page?

Thank you @tonesto7 for this great app.

Some quick feedback:
Hubitat Safetly Monitor is not working correctly. It controls the modes but doesn’t update with the correct status in HomeKit.

Capability excludes aren’t working for me either.

I’m also seeing this although I don’t have any duplicates:

Keep up the amazing work!