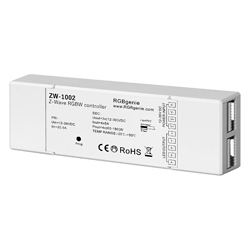 ZW-1002-Receiver-RGBW2000×2000 159 KB
All RGBgenie Z-Wave Plus LED controllers work through the Zwave-LED-Controller.groovy driver
The LED controller driver allows you to change the type of device so you are not limited by the original model purchase. You can adjust between CCT, Single Color, and RGBW models, and it will change the device's functionality at a firmware level. 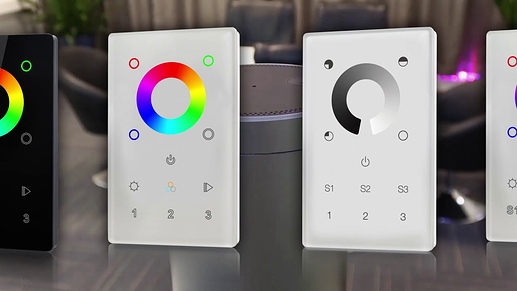 A child driver can be loaded for each zone on the multi zone models, the Scene only models are a single Zone by default.
This child driver can be used with the Hubitat built-in mirror me application to syncronize the output of the touch panel to groups of devices that do not support Z-wave associations. For example, Zigbee or Wifi devices.
Optionally the child drivers can utilize the Scene buttons as button controllers or scene capture / activate. With the button controller functionality on a 3 scene / 3 zone touch panel you would end up with 9 buttons that can be pushed or held to have actions mapped to any functionality in hubitat.

All touch panels support up to 12 associations directly per zone. These can be utilized in any combination per zone, including multiple occurrences across each zone in the multi-zone units. Child devices occupy 1 of the 12 available associations per zone when activated.. 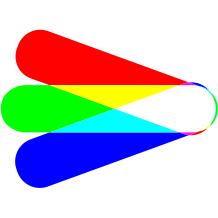 This has been tested over and over again in every combination.. But if you find any bugs or have suggestions please report it back to this thread.

Tagging @adamkempenich who contributed to the LED Controller Driver
Tagging @Gnant who tirelessly tested the code in constantly changing configurations over serveral days.
and Tagging @mike.maxwell for his efforts on all the zigbee drivers and Mirror app that gives the touch panels the ability to sync to any combination of lighting devices across protocols.

When updating to this version please click save on device preferences.

Awesome work here, Bryan! Thanks for all of your hard work on this. It’s a super solid driver, and I’m excited to see the next steps for it

Nicely done! Get that man a Canebrake.

It was crazy fun to work on this project.. It's hard to put into words all the insane capabilities of the hardware / software combination .. It's some really solid devices that just needed the right software to tap into it.. Using the multi-channel association capabilities built into these touch panels means you can control an insane amount of devices across any protocol from a single touch panel..

More of an Andygator fan myself.

Alright. We got to get you down here and take a drive to Abita Springs.

This man's been working so hard, he needs a laugh. So here you go:

So on the multi-zone touch panels the parent / child combination gives you 3 devices that can be mirrored while simultaneously being directly associated to other z-wave devices.. But with the mirror app built into hubitat you can use the 3 children to control any kinds of devices not limited to z-wave.. and it is surprisingly fast.. Will a well maintained hub and mesh it's almost instantaneous.

Will there also be a driver for the Micro Controller and Lamp Module – Single Channel Trailing Edge Dimmer (Zigbee) ZB-4002 from RGBGenie? Or maybe that works with a Built in generic driver already?
Sorry if I have missed it, if it does, and the question then turns stupid...

I think all RGBGenie devices are already supported on Zigbee.. I could be mistaken ..

Nice job! That's a chunk of work, and those devices are trickier than most standard zwave devices to write drivers for.

Ehem...
If I bothered to check the official supported device list first, I would have found this list! So, no, You are not mistaken! 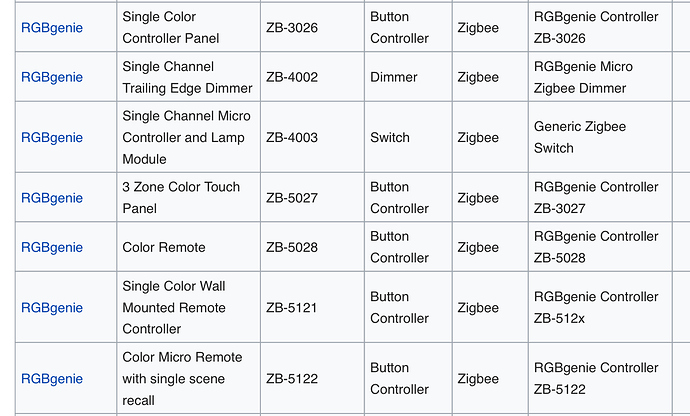 All these devices that RGBGenie has are rock solid and feature packed... I can’t recommend them enough..

That's a chunk of work

But it was so much fun

I can't thank @bcopeland enough for all his hard work on the Z-wave devices. He was pushing revisions faster than I could update my drivers and test them. The wife will be glad to have her kitchen back and not have LED tape laying everywhere.

It was a fun weekend watching these items come alive on Hubitat. The community here is truly the best I have ever seen.

Wish to also give @adamkempenich a shout-out for his contributions as well on the LED controllers.

I am super excited at the functionality these drivers offer and when devices work as good as these, it makes home automation fun.

I wanted to show everyone how fast this responds.. This is one of the touch panel’s relaying through the hub to the mirror app then controlling 3 overhead z-wave bulbs

Color temperature fade with no white led... This is just RGB LEDs