Made a set of Xbee3 repeaters in cases

I needed some Zigbee repeaters and decided to get some Xbees. I ended up with a set of repeaters and the capability to add sensors to them for a reasonable price. Since finding the right case and drilling it was such a task, I thought it would be nice to share my findings. Pictures at the end.

I assembled the XBee3 module to the Development Board according to instructions. It's quite simple, and I found this SMT board was easier to insert than the old-fashioned through hole boards were. I moved the jumper on the three-pin header from the inner and middle pin ("loopback") to the outer and middle pin for normal operation.

I then drilled holes in the box for the USB cable and the antenna. Here's where I got into difficulties with the antenna. For the USB cable, I drilled a 3/8" hole in one of the short sides of the box, 25mm from the left outside edge, and 8.85mm from the top of the box (the lid was not on). Then I had to extend the hole left and right using a round file to accommodate the width of the USB connector (periodically test fit the Grove Board to check). I drilled a 7/16" hole in the opposing short side near one or the other edges—a 1/2" drill was too big, as the antenna wouldn't stay in. I assembled the antennas (putting the snap-in section on the bottom of the antenna). Then I tried to press-fit the antenna and it simply didn't go. My aged eyes had missed two things: 1) there are two little ridges running down part of the connector that probably is for anti-twist and meant to go into little slots extending from the hole, 2) the clips that provided for the snap-fit wouldn't flatten completely.

I took care of the ridges by filing them down with a small flat file: that only took a couple of seconds. I added room for the clips by using a small flat file to provide some extra space corresponding to the locations of the clips, periodically testing to see if I filed enough. Perhaps a 15/32" drill bit would have made it so I wouldn't have to file the hole and ridges. I've now found a diagram with dimensions for the antenna after I finished the project.

For programming the XBee3, I generally followed the advice in the first post in Everything Xbee, but I did simplify some things.

Use XCTU to program the XBee3 and then load the Micropython code. I used the following settings. The linked post had you set ID to the Hubitat's PAN ID. I didn't do that because I know I'd forget later when I got a new hub, and be left wondering why I couldn't pair the XBee3 to the new hub. XBee3 settings (every other setting but the following are left at their default value):

And you're done! Make sure you put a unique name for each XBee3 in the NI field. 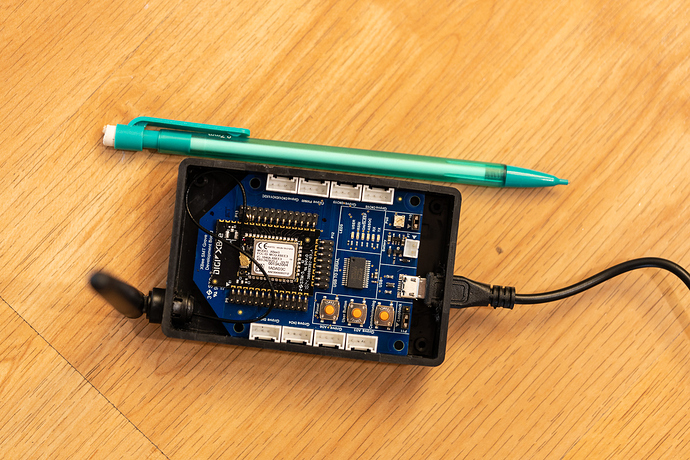 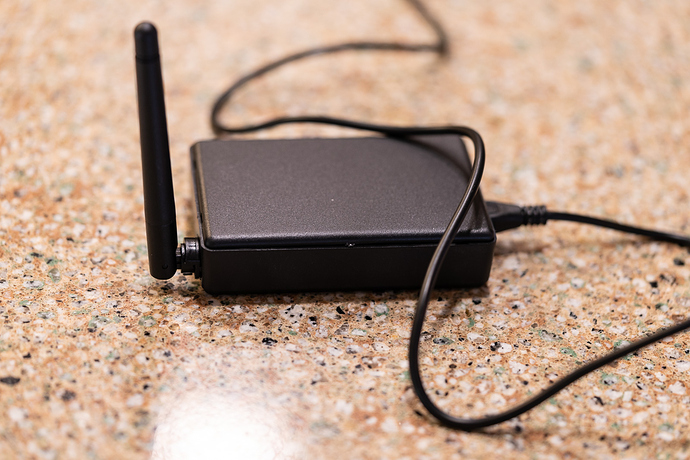 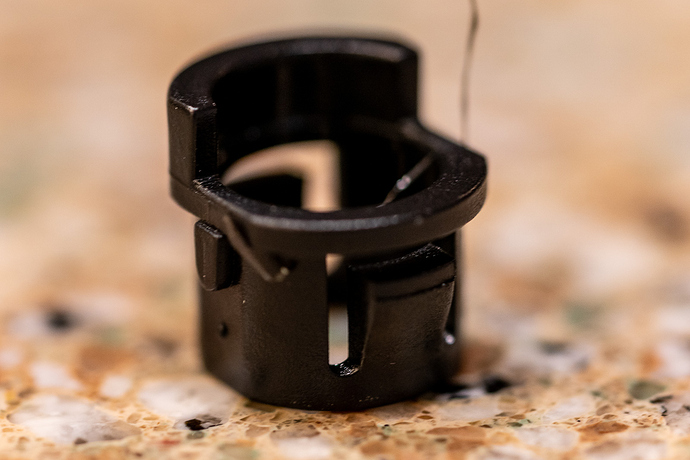 Very nice. I've wanted to make one of these but I never fully read all the threads, hardware descriptions, and software sites. I might have to finally get back to this.

Consider build to sell?
Asking for a friend.

I thought about it, but the cost would be pretty high once you added in the shipping and tax I pay, the shipping the recipient would have to pay, and the Paypal fees. Maybe $50 each or more.

The only hard part that I encountered was drilling the holes and filing out the hole for the USB cable. Maybe you can get a friend to do that?

Note If you want to measure the module temperature, use the main.py and xbee driver located at GitHub - rsjaffe/Hubitat: Xbee3 presence sensor with battery info