[The following post has been edited to organize the final project.]

About a year ago, I posted a project for a smart qi charger.

I've been on a quest to manage a reliable solution to change modes in my house based on cell phone status. All of the software solutions I tried (Believe me when I say there were a few) were unreliable. I've finally come up with a solution. I know that there was some interest in this project whenever I put the question out there, so I'm going to throw this out here for others to refer to. I'm definitely not looking for accolades with this. It's rough, but it works for me. I'm hoping that it also…

Smart meant that it would trigger a change in my smart home. Well, I'm back for another round. This one is version 2.0. I enlisted the help of my Dad and husband (they ran the saw) and came up with something that looks a little more like something that needs to sit on a table somewhere and a lot less like something with a timer that goes boom.

I used some of the same equipment as I did in the first post as I think I bought a gazillion buttons just to use two. So, this project also includes one small square button. 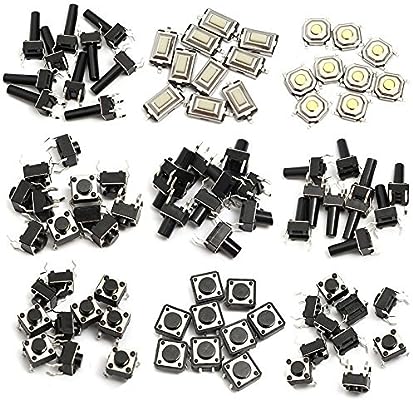 
I also used this contact sensor becuase it has the two external contacts needed to make the project work. You do have to puch a small hole in the end to run the wires.


I ordered this qi charging pad from amazon. 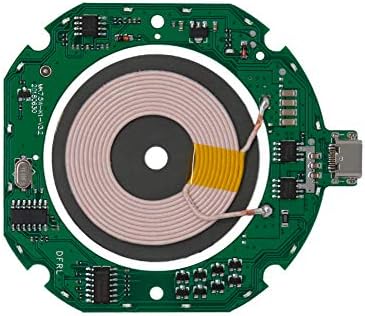 
It does not come with a cable or plug. Please read the reviews as I found that this is a bit picky on power, but I did not have any issues using an existing usb-c cable and a phone fast charging plug.

Using a 4 1/2" hole saw cutter, we took our chunk out of a piece of 2x6 pine. We pulled the drill bit from the center after we got it started so that the hole did not go all the way through the top. I took the time to do some sanding on it at this point so that I didn't put the components at risk later after they were installed.

We cut a 1/4' slice off to replace after concealing the qi charger under it.
We then traced the shape of the qi charger in the top of the base and traced the shape of the contact sensor in the bottom. We carefully set the router to be just barely past the exact depth of the charger and cut out the void that we traced. We ended up taking more material out to be able to better adjust the charger to be more centered in the piece. We flipped it over and did the same with the contact sensor. Taking just enough material for the bottom of the sensor to be flush with the bottom of the piece. (The button will offset it a bit and allow for the "press" you need to activate the sensor. It's important to pay attention to how deep you are cutting as the finished project only has about 1/4 inch of material left in the center to separate the contact sensor and charger. I filled the drill hole in the center with wood glue. I wanted to place the button in the center and that interfered with that placement.

After a final sanding of the rough piece, I seated the qi charger in the void, I secured it with two tiny screws and used a tiny dab of super glue to secure the charging plate to the bed of the wood.

I used a dremmel to cut shallow grooves for the wires to sit so that there was not a wobble issue with the piece after it was assembled. I soldered the wires to the button. Opposite connectors and made sure there was enough wire included to be able to remove the sensor to change the battery. I secured the button to the pice with some tape. I find that glue messed with the connections. Once it's together, it's not somthing that is visible anyway.

After I got the button placed, I did a rough fit to make sure that it all worked, did some final sanding with the components out, replaced then glued the top back to the piece with a thin layer of wood glue. Careful not to get any inside of the cavity where the charger sits.

The reason I started this project was because I didn't want to ask alexa to turn off my lights. We like our house to interact with us. Now, when we dock our phones at night, a series of rules fire according to the status of the two qi chargers bedside. It's helped to keep things effortless in our home. We love the anonymity of things just happening in our house. It keeps our visitors intrigued. Also, it gets you, as a reader of this project, to think outside the box a bit. Enjoy.

14 Likes
Where do you find your ideas?
A little help on this lighting sequence
Looking for remote control holder so dog doesn't chew them up
Xiaomi - Some Perspective - For other Noobs
Zigbee/Z-Wave button alternative to Flic?
Repeaters - is there a formula?
Set your Home to a mode!
True Smart home
Need idea... trigger for sleep mode
Adding Lutron for the buttons and WAF
Project: Homemade Smart Qi Charger
RM to control modes instead of Mode Manager, need Help with HOLIDAYS
Ryan780 September 27, 2019, 2:55am #2

I would have thought that the wood alone would have been enough to depress it.

I had actually planned for 3 or 4 buttons on the bottom as feet as I had anticipated the same. I ended up putting that tiny button inside of the cavity that housed the contact sensor because having more than one button proved troublesome with balance and with keeping enough weight to keep the sensor engaged. The entire charger weighs 4.83 ounces!

WOW. That's much lighter than I thought.

Here's the finished product. Blends in very nicely on the night stand. Has been solid.

Awesome project, thanks for sharing!

That’s awesome. Looks like a wooden echo dot. You should make and sell them

You should make and sell them

I dunno. I've considered it, but the components alone get to be spendy. 29$ for the contact sensor and another 13 for the qi charging pad. Then what price do you put on your time? I think that they would be a bit out of price range to do it. Perhaps just selling the wooden shell for people to add the components themselves? Tossing around ideas here and there.

What's the use case for this? It's nice but I'm a bit confused as to why I'd want to trigger a switch when charging my phone.

What's the use case for this?

She explained it a little in the first post as well as her original post. But also here:

Oh boy, oh boy. I always love when I can share this. It's my pride diy modification. I modified two contact sensors (very easy) to trigger with buttons when our phones are docked and undocked. When one goes to bed, the house goes to quiet time, which turns off most of the lights in the bedroom and turns on the fan. When the other docks the phone and goes to bed, the house turns off and night mode is engaged. Just with two tiny buttons rigged to a contact sensor. When no phones are docked = home …

Ah I see. Got it. I'm using bed sensors from Withings to similar effect.

You put your phone to bed?

Yes, kind've. We have bedside qi chargers. When we dock there, it's because we're going to bed. That changes mode to quiet time (if one of us goes to bed) and night (both of us in bed). then the opposite in the mornings. Quiet time then home. Works great. No software to mess with. Just contact sensors in the bases of the chargers.

You put your phone to bed?

@april.brandt Sorry for the confusion. I was actually questioning the using of bed sensors.

Seems a little over the top, setting up a bed with sensors specifically for a phone, but as you say you love your phone and other likely do as well.

setting up a bed with sensors specifically for a phone

OH no he was using pressure mats on the mattress to trip when someone was in bed. They're expensive and more commonly used for people in nursing home facilities so that the nurses know if a patient is out of bed. I looked into them, but the price was not friendly.

I had hoped the smiley face would be enough to indicate I was kidding. My brain puts abstract bits and pieces together all by itself. Sadly, I can't resist putting them out there. I have the same problem when we are out shopping.

Yeah I recall they were 80 bucks per pad. Over the top really but they work really well and the sleep analysis is great too.