Question About Zwave Mesh, trying to understand what Im looking at

Looking Zwave mesh Details, there are three columns I really don't understand. RTT AVG, RTT StdDev and LWR RSSI. What do these mean, and what SHOULD they look like if they are in good shape? IF they arent. what can I do to improve them? Below is what I am looking at for context.

These 3 columns are simply what is returned from the Z-Wave 700 chip's interface to Hubitat.

RTT AVG is the average Return Transit Time from when a command is sent to a device until a response is received. RTT StdDev is the Standard Deviation of the Return Transit Times, and is a measure of how sharp the RTT peak is. A larger StdDev indicates that the RTT vary greatly around the average. LWR RSSI (Last Working Route Received Signal Strength Indicator) is a measure of the signal strength seen along the last working route to the device. Negative numbers indicate that the signal strength is below the noise level; positive numbers indicate that the signal strength is above the noise level.

How to improve them? Well, you can add repeating devices (or simple repeaters) around your house. Or, you can do as many of us have done, and void your Hub's warranty by doing the Lewis Heidrich (@lewis.heidrick) external antenna modification:

This might get deleted but the mod is really easy to do. Here's a good video on soldering U.FL connectors. Hand-soldering u.fl connectors - YouTube On the bottom of the hub, there are 4 sticky pad feet. Take those off and there will be a Phillips screw under each. Remove the screws and pop the top off. The antenna wires are soldered directly to the board so you'll need to use a soldering iron to heat up the connections to remove them. I just taped the leads to the lid so I could revert if nece…

Well I see several problems, first being the overall neighbor count to devices is pretty low. This gives the device few choices when trying to make best possible route decisions.

Second issue I see is you have a few devices with low lwr rssi. Imagine a large crowd talking to eachother. A negative number meaning that it's talking softer then the general level of the crowd. The higher negative the number the harder to hear the device. With 0 being as loud as the crowd and 30ish being loud and clear above the overall crowd.

The third issue being the number of route changes. 1 is typical and increasingly from this indicates an issue with your highest number of route changes being the devices struggling with a path back to the hub. I would strive to improve the highest count routes first either by repositioning the devices or add a device to two between that device and the hub to split the distance. Keeping in mind that only mains powered devices route for other devices.

first being the overall neighbor count to devices is pretty lo

As of right now, I'm really not having any problems (at least not noticeable anyway), just trying to get a better understanding. That being said, I did notice those two devices when I took that screen grab. At the current time, my Zwave mesh is pretty small, and while I have some plans to add to it, I don't think it will ever get that large (no issues with Zwave, just don't need that much automated).

The two devices are actually some of the closest to the hub. The one showing as Assa Alboy is a Yale lock on my front door (so can't move it) and it's about 6 maybe 8 feet from the hub (front door is outside the office where the hubs live) I think the numbers have only recently changed. I could put a repeater but being so close options are limited.

The Zooz XS tilt sensor is new and odd. It is 8, maybe 10 feet from the hub, and has 2 reapters available to it, though one actually is further away. The battery has already drained once. (It's been installed 13 days) and the battery reporting is all over the place. I have reached out to Zooz on that. I have seen that with as many as four hops, all to and through repeaters way over on the other side of the house (and all next to each other) before finally getting back to the device it's self. I'll be adding a Zooz zen17 relay in the garage this weekend. Hopefully that will help, though again it is actually further away that that sensor is.

The second issue I see is you have a few devices with low lwr RSSI.

Is there anything that can be done to change that?

Thank you so much for your insights!

Is there really anything that can be done to change that?

This changed for me with an external antenna.

Locks like to have a beaming repeater to store and forward commands. Locks go into sleep mode and the repeater will hang onto the commands while the lock gets up from its nap whereas without a repeater the hub has to timeout and resend the command.

The tilt sensor may be getting bad interference, a firmware problem, driver problem. Hard to say without seeing your layout. Things like glass, tile, brick, stone, concrete, and metal can cause a lot of interference problems. These are all common in modern home construction so take into consideration what objects or building materials could also be getting in the way, not just distance.

Is there really anything that can be done to change that?

Good repeaters can help, external antennas, relocating devices, relocating hub. There are lots of options, just depends on which way you want to go. Centrally locating you hub in your home can go a long way in helping with routing problems. Don't stick the hub right next to radio sources such as microwaves, baby monitors, Powerline adapters, Routers, Wifi AP's, etc.

And while adding external antennas would probably negate all your issues, it's not something to jump into uninformed. The link posted above is a good source of info but you should have a good understanding of that before proceeding.

That's a new one for me. What would be an example of a beaming repeater?

The tilt sensor may be getting bad interference, a firmware problem, driver problem. Hard to say without seeing your layout. Things like glass, tile, brick, stone, concrete, and metal can cause a lot of interference problems

Well, the sensor is mounted on the backside of the garage door. I'm pretty sure it's vinyl over metal (aluminum). I've debated moving it to the side of the door panel, but then it would for sure be mounted to bare metal. Being a brand new product I haven't ruled out firmware or driver. It has close access to at least 2 repeaters, but it seems like when it decides to go through a repeater rather than direct (I've seen it do both), it goes through repeaters on the other side of the house.

This is it this evening

So far I really haven't seen adverse actions from either of these two devices. The lock notifies and locks when it should (I don't have it set to unlock by automation, and probably won't). The tilt sensor has a few oddities, but it notifies when it should and except for a couple of incidents updates for appropriately indicated open or closed when it should. I have some other devices planned, but most of them are on hold until I can ge an electrician to replace about 6 switches/ dimmers. I didn't have an objection to adding a repeater or two until I can get that done. Just need to know what to look for (for that beaming repeater anyway).

Zooz asked me to exclude and are include that tilt sensor, so I will probably do that after I have the Zen17 installed next week. That will give it another choice for a repeater.

Here is a general idea of how these devices are in relation to each other and the hub. 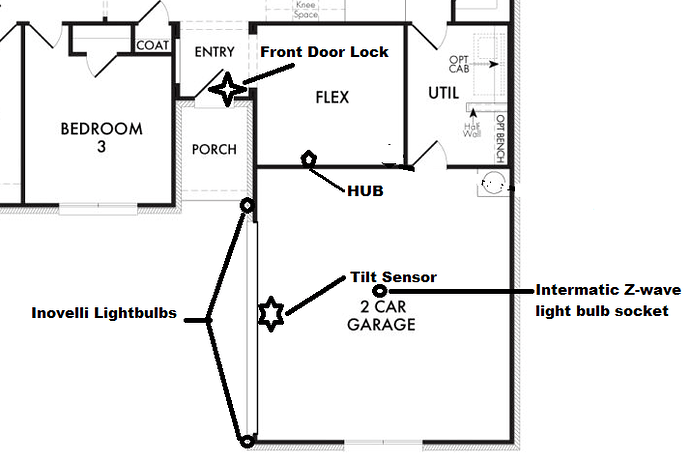 On an unrelated note, does anyone have any suggestions for ways to get this floor plan into a program or another way to use it to mark up or map out where my devices are?

And while adding external antennas would probably negate all your issues, it's not something to jump into uninformed. The link posted above is a good source of info but you should have a good understanding of that before proceeding.

I will admit I did start researching that today, and while it LOOKS easy enough, I'm a bit nervous I'll mess something up. I've never been GREAT with soldering in the first place. Yeah, I can do it, but it's not necessarily pretty. What type of solder would I use if I decided to go that route?

Just need to know what to look for (for that beaming repeater anyway).

Any mains powered zwave plus device should work fine.

On an unrelated note, does anyone have any suggestions for ways to get this floor plan into a program or another way to use it to mark up or map out where my devices are?

Visio would probably be the easiest.

What type of solder would I use if I decided to go that route? 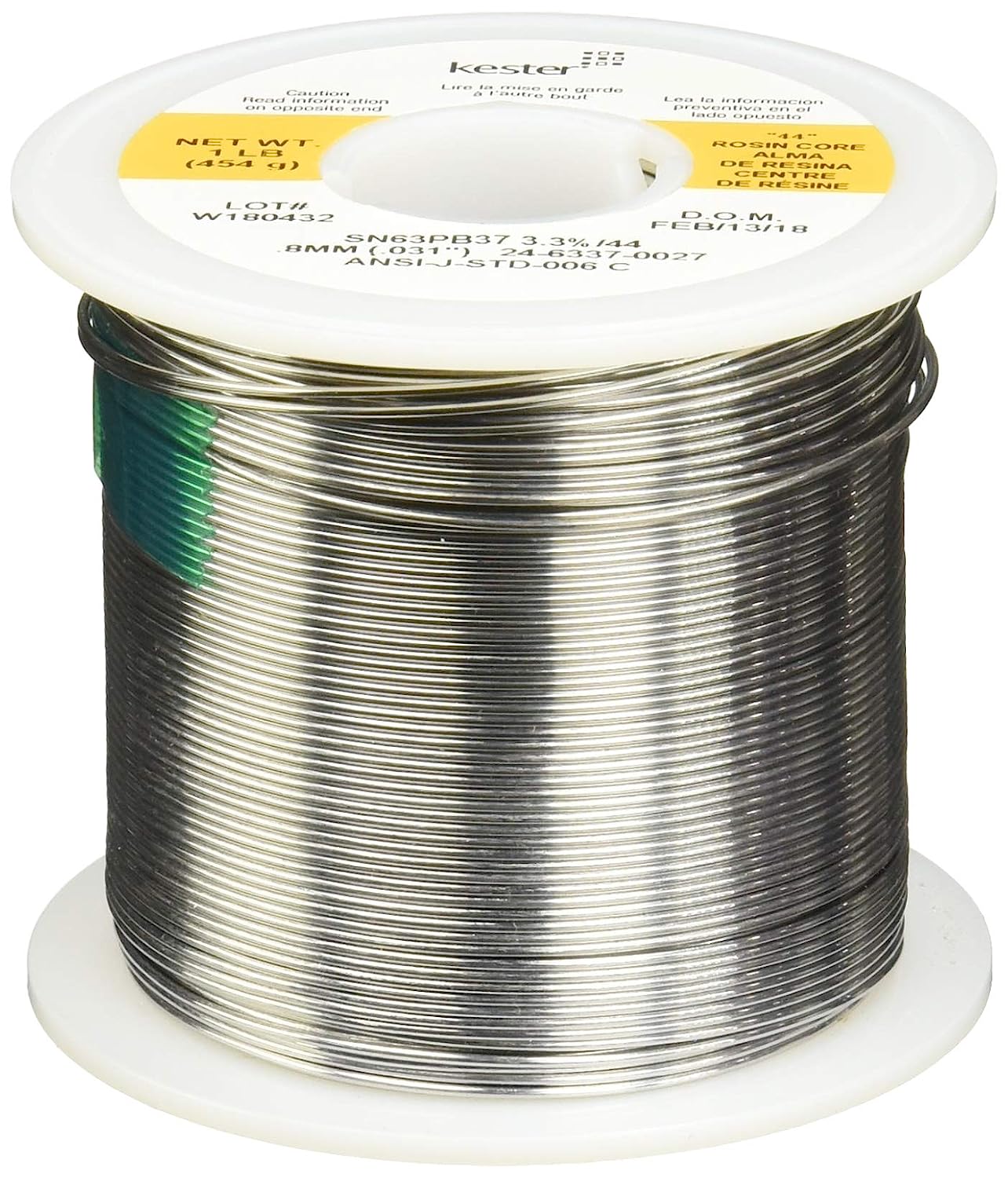 It's probably more than the average person would ever need though.

Curious how did you get this view of your mesh? Its similar to what I get from the "settings" then "Z-Wave Detail" selection, but your view has additional data and is easier to read? (I'm on a C7)

There are so many great community-developed apps available for Hubitat that I sometimes name one when I mean another. In this case, for z-wave detail and information, I think you mean @tony.fleisher's Z-Wave Mesh Tool - at least that is what I use to visualize my z-wave mesh.

I think you mean, @tony.fleisher's Z-Wave Mesh Tool - at least that is what I use to visualize my z-wave mesh

Yep, you are correct (yep had to look too. Hahaha) , Hub Information is completely different, but also very useful.