Access via Device Access  |  Google Developers
However.. and this pisses me off.. When you click goto console.. it throws a popup.. apparently they want a one time fee of $5... wtf... And I don't even know if the integrations will work with teh community Nest app for Smartthings (I only switched to Hubitat yesterday.... so not sure if there was a hubitat community app for Nest

Awesome, finally took them long enough! Now we just have to hope hubitat is getting on board at some point. I was lucky to have their direct integration for a while it was great, but as it was never finished it started to cause some issues for me and it couldn't be supported. I'm still using NST manager but have to be super careful not to mess it up until a replacement is sorted. Then I can migrate my account

I am using NST as well, I'm going to setup the hub link, as my 2 Nest thermostats (one for the baseboard heaters, one for the main AC.. yes I live in a house that still has baseboard heaters), and my 4 nest protects are still working. I still have not migrated my account.

I sucked it up, and paid the $5.. drops you at a create project page.. but I have not gone beyond that.

Honestly, the only reason I don't switch to ecobee is because of the smoke detectors. I have yet to find any that are better in both asthetics and functionality than the Protects.

HE has no current plans for a direct integration. Community development seems necessary at the moment.

Google has suggested the Google Device Access API might be available for commercial developers / partners (indicating availability as of early 2020). Can any HE staff speak as to whether HE will partner with Google in this regard, so as to provide native support for Google Nest devices via their new API? Fortunately, they will also allow individual access, so that can be resorted to if needed, but just curious at this point what we should be expecting in the coming months.

Eh, now that they are receptive to subscription models, maybe they will do it for a monthly fee at some point.

I was wanting to be able to turn on or off a camera via the API. I can’t see where I can do that though...

Not sure what you mean by “their access is similar”?

HE has no current plans for a direct integration.

Where did you read that?

I was specifically referring to the CF that was/is Actions On Google's local API. But in direct answer to your question, we currently do not have a Nest Integration via the mentioned API on our roadmap.

Honestly, the only reason I don't switch to ecobee is because of the smoke detectors. I have yet to find any that are better in both asthetics and functionality than the Protects.

100% I love the protects, crazy money yes but I love them.

I believe that was because nothing was finalized so they had no plans to jump on it before it was finished. As with all things, that stance may now change, if it's now open and available, time depending it may be put back on the magic board somewhere

I believe that was because nothing was finalized so they had no plans to jump on it before it was finished. As with all things, that stance may now change, if it's now open and available, time depending it may be put back on the magic board somewhere

While I would love for that to happen, I suspect there are practicalities that will hamper native integration. First, Google seemed to suggest that the API has been accessible to commercial developers for at least a few months now (yesterday was when the API opened up to individual developers). So, if that's the case, HE might have already seen the finished API and chosen to not jump on it. Second, and this is the bigger one that could explain the first, Google imposes obligations on commercial developers like HE that it does not impose on individual developers. Things like security requirements, etc. that mean HE would spend meaningful time and money on the integration. I don't know how those requirements compare to what HE might have to do for other native integrations, but if the requirements are much more onerous then I suspect there's a chance native integration never happens.

In any event, I don't have any inside insight into HE intentions, of course, so take my pessimism with a grain of salt. Suffice to say I believe the HE community should develop a community integration rather than waiting (perhaps forever) for a native integration.

Note that yesterday's info is very careful to not even list what the commercial accounts COST.

(I mean surely no one thought they were free, right??)

My guess is that even if they could get the code to meet Google's VERY nebulous requirements (seriously - go read the commercial use requirements), cost would be the next hurdle.

Hey Hubitat guys!
It's finally possible to add Google Nest devices into the mix!
Please make this happen!
We'll be patiently waiting for something great from you!
Can't wait! 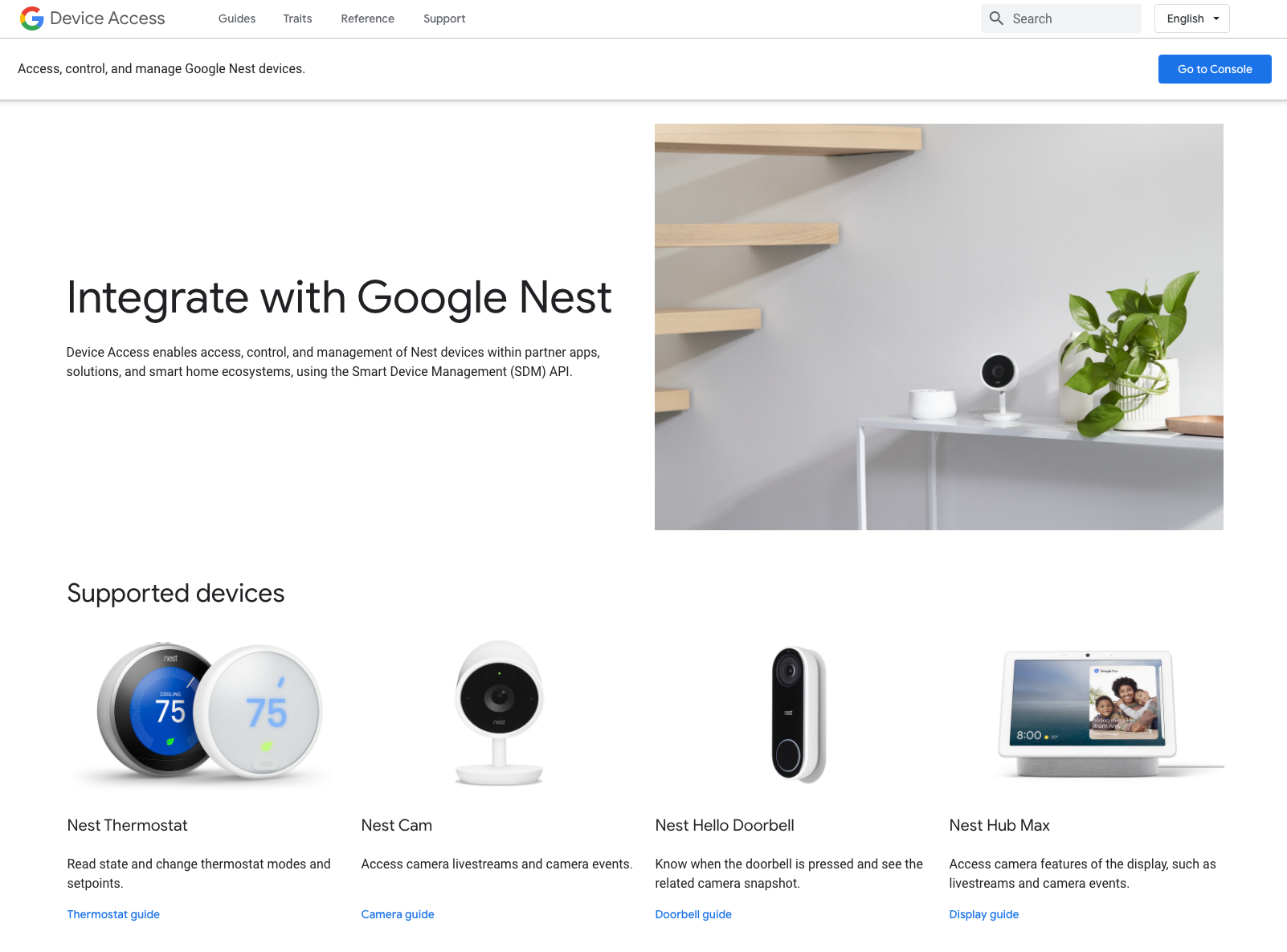 Yep, I have one Nest smoke detector and won't put in anymore until I can integrate it with HE etc Hopefully it is coming.

Hopefully it is coming.

Yet, the blog post says they plan on adding more devices.

I’m extremely skeptical of this integration for no other reason than google has a strong history of just [dropping](https://killedbygoogle.com/) support for things. I hope it goes well, but I’m tothe point I won’t buy any google product that would rely on an api like this.