I have two old iPad minis I'd like to use as dashboards. I can get some functionality out of them, but tile placement and size is challenging. I understand the limitations with HE dashboards and Safari not supporting CSS grids as described in these posts:

I'd like to hear if anyone has found a work around (jailbreak, Chrome browser, etc..) or has used some other non-HE dashboard/app that works on older iPads.

I know it has been a while but I just had an old ipad mini given to me and was wondering if you ever found good solution? Thanks

Hi @kelly.gienger, no I never did. I still use them, but I’m just not able to use the last column and it’s tricky to get the blocks in the order you want. Overall I’ve been pretty happy with it.

Any chance we could have a look at what you have accomplished on an old ipad. I have a number of ipad 2's that I would like to use as the primary platform for my screens around my house, and knowing the design limitations of the look of the dashboard would be very helpful.

Here’s some info on my iPad mini setup, hopefully the Amazon links are still good:

Here is the wrap around lightning adapter:
2 in 1 Phone Headphone Adapter... https://www.amazon.com/dp/B07M7CQ32M?ref=ppx_pop_mob_ap_share 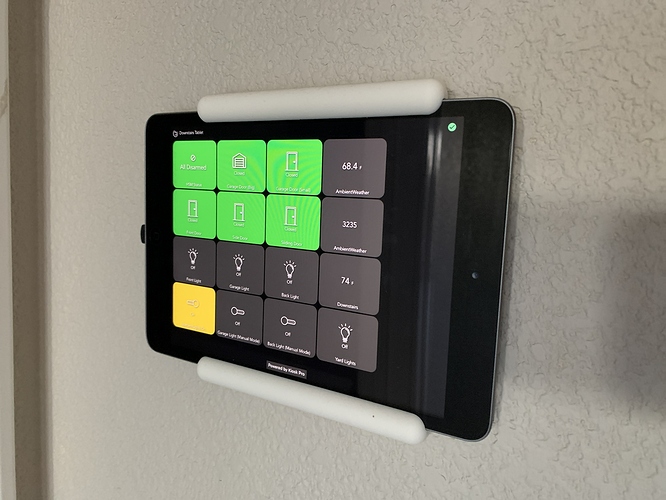 Thanks Scottdogster but that looks like a fairly modern ipad. i'm hoping to get a feel for what use an ipad2 can be. Anyone else out there using ipads this old?

I have to admit this was one of the carrots to transitioning from a Wink2 setup that is working completely fine (for now). I have 4 ipad 2's that I planned to use as the in room consoles (switches).

This house doesn't have a neutral wire so many automations are at the bulb level. The ipad 2 consoles were the plan to tie it all together. I'm pretty bummed to find out the HE dashboard functionality doesn't support the older ipads. Such a shame so much hardware is being chucked into the land fills.

I’m unable to put tiles in the right most column, and I had to play games with the position of the tiles to get them where I wanted them. Other than that, I’m pretty happy with it.

FYI - I just mounted an old iPad Mini 2. I used Smartly for the dashboard and don’t have any unwanted borders. I was going to use a kiosk browser, but turns out that it works well with Safari. I had to set it up to not sleep though... 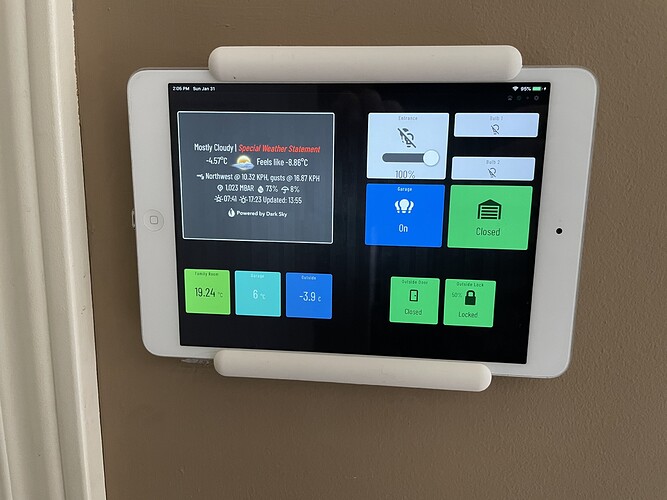 After I cleared down my iPad 2 (9.3.5) and found no apps would install I was disappointed to have a tablet that would only work as an older browser. After reading this post I'm resurrecting it for a dashboard.
After seeing your screenshots my question is how have you managed to hide the address bar in safari? I cannot seem to find an option.
Thanks