Smartthings or Hubitat in my situation?

Hiya Folks,
A pretty torqued off Wink user after the news broke yesterday regarding their required subscription service.

Anyway, I have a small cabin in the mountains that is currently served with a Wink. It's been great for what I need. I typically only use it to turn lights on and unlock the front door when either myself or others are visiting. It has stayed online with out many issues and has worked well for what I use it for.

So with the news, I'm looking for a replacement. After a bit of research I've narrowed it down to either Smartthings or Hubitat. The pros for Smartthings is it looks like it would be pretty much a plug and play replacement for my Wink and has a lot more function that I need (I may add some sensors down the road such as leak detect/temp). The con I have is I really am not a fan of Samsung, the company. For Hubitat I see the Pros as being a system I can learn and grow with although in honesty, I'm not sure I have all that much growth to do in this location other than the aforementioned sensors. The con, and it's a big one, is I've read the unit tends to need rebooting often. Being 150 miles away from the unit most times, this has me worried.

I may have already answered my own question here but would like to request the opinions of the group on which hub to go with and either confirm or dispel my perceptions of the two alternatives (or propose a different alternative). My devices being used are zwave switches, lights, and a Schlage lock. I'm thinking maybe about doing the Smartthings for the cabin but pursue the Hubitat for my first home as I'm there much more often and can "babysit" if necessary.

I appreciate any inputs you may have.
Thank you.

Im buying a summer home on the other coast. ill likely use smart hings for that. i love hubitat at my house. but i think for the cost, and use case there is a simplicity to smart things for that application that is better suited.

My HE does need to be rebooted constantly so I built a small app that does it nightly automatically. Been rock solid since I started doing that. I agree, they need to fix the root cause but it fixes my issue for now. My problems with ST were that it was down a lot. It's cloud dependent, so if a server is down... SOL. Take a look here, https://status.smartthings.com if you open it all up and do a search you'll see there were 4 outages just since the last roughly 2-3 weeks. That's too much for me. HE works even with the internet is down, or when the servers are down. That's given me a lot more piece of mind.

The con, and it's a big one, is I've read the unit tends to need rebooting often. Being 150 miles away from the unit most times, this has me worried.

Many in the HE family have never had to reboot their hub for any reason other then when they wanted to, myself included. Yes some are having lockups/slowdowns that cause them to reboot however the jury is still out as to the cause

Yesterday I needed to re-establish my Zigbee communication so yes, I shut down my hub for 30 mins and powered it back up...

I'll say I wasn't aware people were having "need to reboot" issues. My power goes out way more often than I would ever need to reboot, so it just isn't a thing here. --And I have it pretty loaded up, I think. I was on SmartThings for a couple of years before I got over my stubbornness and gave HE a shot. I would never consider going back, especially for "stability" reasons. I found ST "prettier" in some ways maybe, but the hacky things I had to do and the care and feeding it took to keep things up and running? Not worth it.

Everybody's use case is gonna vary. Best of luck with whichever way you decide to go!

If it were me, and "a need to reboot" were a real thing, I would still prefer HE so much, I'd just get a timer-based wall plug and let it turn off for a minute at 3 am every night.

I'd just get a timer-based wall plug and let it turn off for a minute at 3 am every night.

Cutting power suddenly increases the odds of database corruption and has not been recommended as a reboot mechanism. However, it is possible to setup a scheduled reboot (for eg. daily) via rule machine. There's also custom apps like @dman2306's Hub Rebooter that many use for scheduled periodic reboots.

Yep. Thought about it after I posted it. LOL. Luckily, I don't have any need to reboot mine, ever. Probably have done it 5X in a year, if that. Cool to know you can schedule them in RM though!

Folks,
Many thanks for the inputs. Without this thread, I would not have known about the ST issues that have been described. It also showed me that HE is very well supported through this community such that if I am having issues, there's a pretty darned good chance I can get it sorted via the forums.

I think I'll take the plunge and go HE!

You wouldn’t believe how many of us are ST converts..

I am a ST refugee (as well as a number of other products), too.

I will say I haven't rebooted any of my 3 Hubitat hubs outside of firmware updates in some time. They have been quite reliable.

Started on Iris, went to wink, then ST and now I’m HE for life!

Hubitat is my favorite, for many reasons, but I still tinker on home assistant, zigbee2mqtt, zwave2mqtt, and homeseer (although almost zero on HS these days it doesn't really do anything I can't already do in Hubitat or home assistant).

There are some things that are just easier to do in home assistant (mainly specific cloud integrations). But it is MUCH more technical, hard to deal with, hard to program, etc. Not a replacement for Hubitat at all in my opinion.

Still have a Vera in a drawer somewhere with my ST v2 hub, but haven't powered either of those up for quite some time... No need.

And if Hubitat ever makes a pro hub, or hub with zwave 700, I'll be first in line to buy that one too!

I made the same decision 3 months ago (February), I was comming from Zipato (with arround 30 zwave devices) but bored of years without updates I started to think about ST or Hubitat, I'm from Spain and I decided to purchase Hubitat, paying the shipment, custom taxes, etc.

But I realized than was a BIG error, Hubitat has a lot of problems, I needed to reboot every day the hub, the Zwave network was super unestable and stopped working ramdonly.

I think Hubitat have a real problem with the external Zwave dongle, I have seen other users with the same problem, Zwave network totally freezees.

I opened several ticket but Support never helped me and I tried to troubleshoot everything, disable apps/drivers, remove devices, etc.

Last week I purchased a ST v3 and I'm very happy with it, the integration was easier and some devices than I was not able to make work in Hubitat now work again in ST.

Hubitat has a lot of interesting things, but without stability and support doesn't count. I just made a full reset of my Hubitat and I will sell it in ebay.

not able to make work in Hubitat now work again in ST.

but without stability and support doesn't count. I just made a full reset of my Hubitat and I will sell it in ebay.

You saying the ST support is better ?

I beg to differ ,. I accidentally picked the wrong region code once and ST still hasn't figured out what is wrong with my account , that was over a year ago when i submitted that ticket

In my case, Fibaro Door Sensor 1 (tried with a lot of DTH and where not working, on ST at first was working) and 2 x Eurospirit z-wavetronic , having this devices connected = hubitat zwave dead after 4-5 hours.

I don't know who is better or worse, I know than my Hubitat was unstable and imposible to use, I created several tickets to support and the only support awnsers was to disable all customs drivers (I don't have anything special, all zwave, mainly Fibaro and Aeotec), I did it but I was not able to troubleshoots where the problems where coming and support never answered again.

I repeat, I suspect that the real problems are for the non US users, the Hubitat external dongle is not working fine. During this months I have seen similar users from non US countries having similar problems.

Sometimes when Hub was restarted all the Zwave devices where lost and the only way to recover them was to reboot the Hub, extract the Zwave dongle, reboot again and connect it again.

@dragner Why is a Zwave dongle needed for HE? 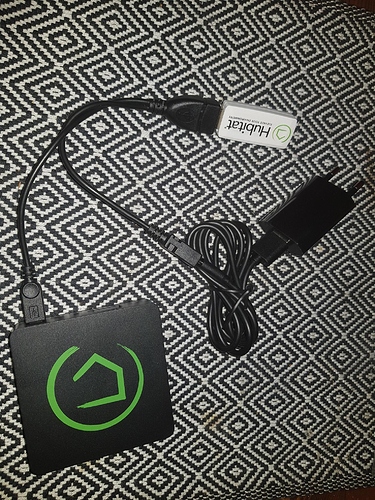 Zwave frequency for each country/continent:

Z-Wave is a wireless communications protocol used primarily for home automation. It is a mesh network using low-energy radio waves to communicate from appliance to appliance, allowing for wireless control of residential appliances and other devices, such as lighting control, security systems, thermostats, windows, locks, swimming pools and garage door openers. Like other protocols and systems aimed at the home and office automation market, a Z-Wave system can be controlled via the Intern The Z-Wa...

I am a home assistant connected to Hubitat user.

1 custom app on my Hubitat and a handful of simple automations.

No Hubitat resets required. My devices are heavily zigbee and a handful of zwave.

I rarely log into Hubitat anymore it just works.