SmartThings finally announces dates for the sunset of the Classic App, and more

The only thing I still use ST for is for my Foscam cameras inside my home and presence sensor using my iPhone through webCoRE which pass through hub connect. I am using RBoys camera app to arm / disarm my cameras for motion detection while I am not home which send email and save pictures and video to my NAS upon motion detection. Mainly the camera interaction is why I keep ST up and running but the webCoRE presence sensing with my phone has never failed me unlike other methods of presence. I really wish HE could get onboard with providing built in support for cameras.

Interesting. I used to run HASS just for some basic things Smartthings couldn't do (TTS, LG WebOS, and maybe a couple other things)

I watched that tutorial video (most of it), I think I'd get the hang of it if need be.

I'm at the point where all I have left to migrate is my ThingShield that hacks into the security system. Do you have any pointers for me, @ogiewon?

Are you running my ST_Anything on your Arduino? Or something else? Probably should take this conversation to a private message discussion.

I'm leaving Smartthings. They just converted me to the New App and lost all my scenes and told me oh well. Then I found out the new App doesn't support Harmony anymore. So I bought a Hubitat I guess I'll find out if I can convert all my stuff off Smartthings. I heard Harmony works with it... I hope.

I heard Harmony works with it... I hope.

Yes, you can use your Hamony Hub with Hubitat using the integration that I wrote a while back. It will create a child 'switch' device for all of your Activities, including one called "PowerOff". There is always one, and only one of these Activity switches in the 'On' state. If none of your actual Activites are 'on', the "PowerOff" one will be 'on'.

The one thing people miss is the fact that there is no way to associate Hubitat devices to the Harmony remote control's 'smart device' buttons. This is due to the fact that the integration is a direct connection to the Harmony Hub over the LAN, and there is no way to make that association that I have found. If you have Phlips Hue or Lutron, you can directly associate those devices with those remote control buttons using their Logitech integrations. Unfortunately, Logitech is not accepting any more integrations, otherwise Hubitat would have done so already.

v0.1.20200301 Added Left, Right, Up, Down and OK commands - Requires the device ID - Thank you @rebecca (Rebecca Ellenby) v0.1.20200114 Added Switch Capability and Default Activity user preference to Parent Device. If the Parent switch is turned on, the default activity is turned on. If the Parent switch is turned off, the current Activity is turned off. v0.1.20191231 improved volume control logic and robustness. fixed small bug preventing volume changes. v0.1.20190723 adds Actuator Capabili…

And now it does indeed appear that Samsung is getting out of the SmartThings hardware business. 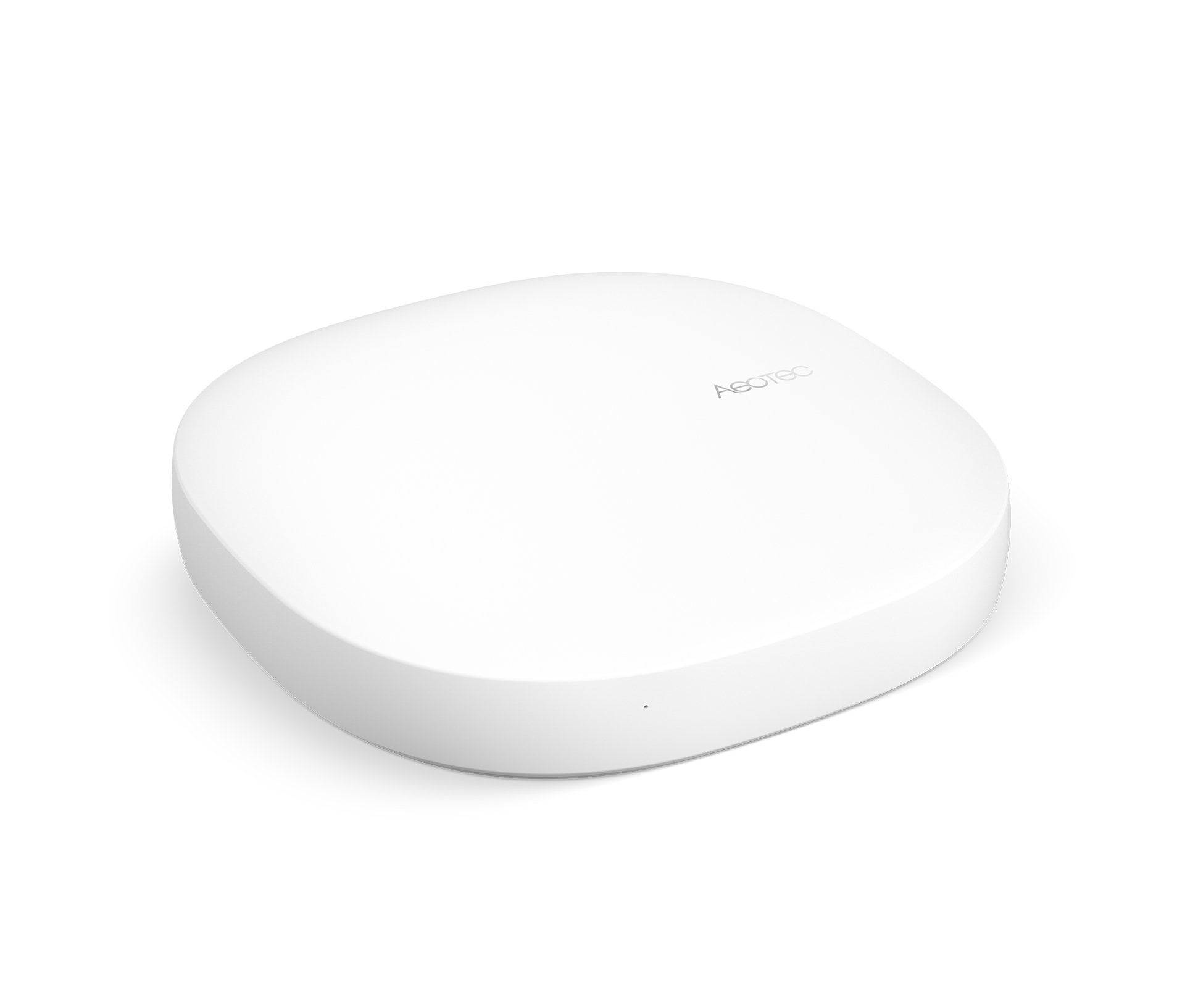 r/homeautomation - SmartThings taken over by Aeotec?

We could now be seeing many signals that Samsung wants their appliances to be integrated but doesn't want to own the hubs or platform from a legacy perspective. In their next generation of connected appliances they may go with the big two Google or Amazon and just rely on the new Zigbee standards.

Looks like Aeotec now will be providing the v3 ST Hub... 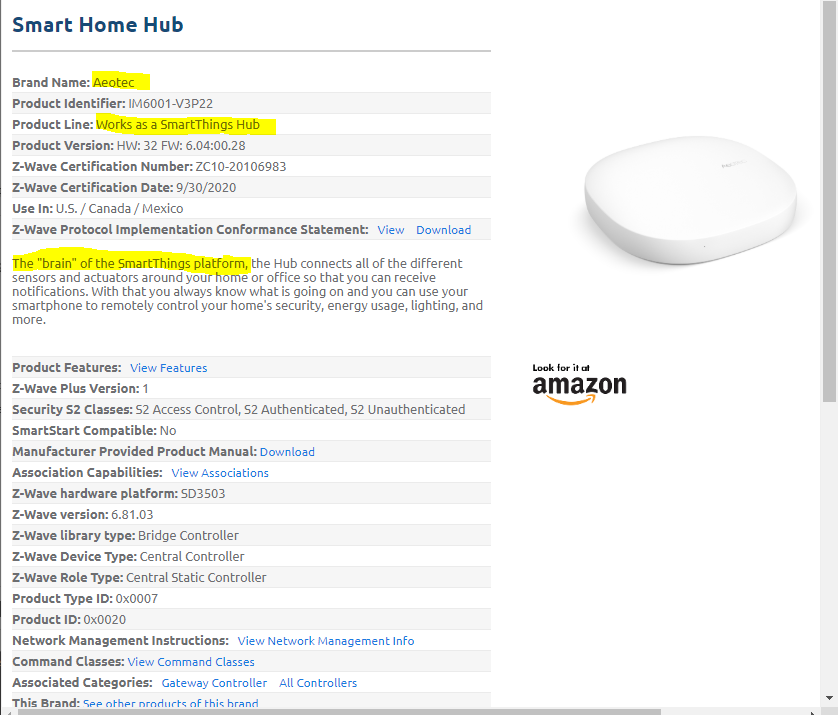 ST getting out of HW biz? Maybe why the ST leak sensors seemed to go MIA recently...

Wow that's kind of wild. Better than just shutting the platform down I guess. Wonder where Aeotec will take this... Also I wonder where that leaves Samsungs WiFi Mesh/ST platform.

Could it be some sort of "licensed hub" thing I wonder?

I downloaded the manual and there was no branding on it.. interesting.

I really do believe that Samsung is exiting the Smart Home hardware business. They have to be losing money on it, as the cloud server and support costs far outweigh any margins received on the hubs and devices they sold. I believe they will focus on the cloud as a platform, and will partner with other companies to make the hubs. In order to provide some continuity, it appears that Aeotec will be selling the current ST v3 hubs.

All speculation on my part, but it fits with the data that has been found/shared/leaked thus far.

Samsung's goal is to sell Appliances, Televisions, and Phones. That's where the high volume and profit margins are to be found.

Doesn't bode well for Zigbee support or enhancements on that hub. Aeotec has a whole stable of Z-Wave devices to sell and no incentive to see SmartThings branded Zigbee products back in stock.

Ugh. What a mess.

And Samsung TVs are going to support Google Assistant rather than Bixby. Well, it's the end of an era...

I predicted that the smartthings forum would be dead within a year. I got shot down, from, what I recall.

I suspect it will be mostly dead (*) 6 months after they discontinue the Groovy IDE.

(*) and I don't think Miracle Max will help.

Looks like ST finally shut down the Classic app and that part of the platform in the past 24 hours.