Well, it is trying to use the same DNI as another device on my network, but I have no idea what it is basing the DNI on. It is not the MAC or the IP. I changed the DNI for the other device and then I was able to add the Tasmota device.

I was curious about the 192.168.86.X address range and apparently it's what GoogleWifi uses. Best guess is you don't have a static IP reserved for your Tasmota device in the router.

Thanks for the response,
I changed the DNI of the Sonos device and everything worked.

In the past I used tasmota on a power plug or two..

However only one device has been a esp8266.

That was a garage door opener which needed a switch to detect the doors status and an output that drove a relay (called a relay in tasmota).

As the switch in my system was actually a switch that stayed open or stayed closed depending on the state of the door I didn't think too much into it at the time.

But now I'm looking at an esp8266 that on button press, tells the pwm pin to rotate a servo motor to an angle and then back again. The servo part I have working as I triggered it from a digital button.

So for every physical switch or button, the corresponding power needs to be allocated to another digital pin in tasmota it seems.

Am I right in thinking that say for button1 on D1 that I need to allocate relay1 to say D2. And in hubitat I'm actually detecting the relay/power digital pin, that itself is changed based on the state of the switch? So I won't be detecting the actual switch itself?

If no one replies I'll just try, but sorta hoping to corrected before I get too far if possible.

If you are on Discord, go to 'DigiblurDIY' and go to the tasmota channel and ask there. Lots of smart friendly people there with no trolls.

I have purchased a Topgreener TGWFSC8 Wifi Scene controller. I was able to flash it to tasmota for hubitat 8.3.1 and I can see the primary on off button in HE and can control it.

I am having trouble figuring out how to get the other button presses into HE.

Unsure... Because of the uniqueness of the device, it may not map the buttons in HE. Does it log anything when pressed in HE? You might have to do MQTT to really control it with Node-Red.

I have been able to get it to work using Home Assistant and Node Red. I was hoping to keep it in HE for simplicity. But I have been using HA to interface between HE and my ISY994. Yes my house is a hodgepodge

I have some Tuya plugs and bulbs and want to flash them with Tasmota. Where would I find the instructions to flash them?

A while since I did my lights but I think most if not all was here: 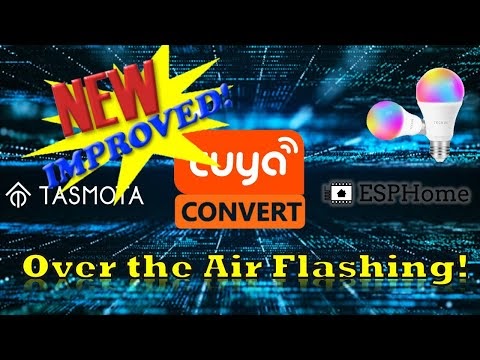 The 2.3 refresh of the Tuya Convert process with a few additional features such as the Tuya Donor, custom bin file menu, start with ESPH...

Hello, excellent driver, I'm using it with my sonoff and it's perfect.

I have a query recently I found is video where they implement Multi-press Button Actions in Tasmota, can these multi-press events be used with this driver? 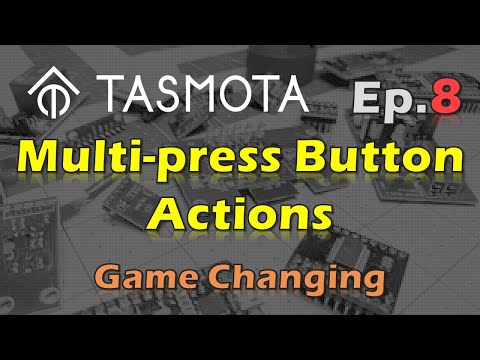 I would also like to see button double press and the ability to use the extra buttons on a topgreener scene controller.

How often does this scan the network for IP changes and update the devices? I put one in, then manually changed the dhcp reservation, rebooted the device (sonoff s20) and its been about 20 minutes with no change.

Manually change the IP of the device in HE, I'm pretty sure that is doable...

Yeh I didn't realise it checks for ip address changes. I fixed all my ip to ensure they don't change. Ip address defined in the device page off memory.

Edit: OK it seems it does check for changes. However I have always set their ip fixed before discovery. There is also a fall back ip in their device page you can set.

Any chances of the extra buttons on the topgreener 8 button scene controller being used with the tasmota driver?

I’ve been running with the excellent Tasmota drivers from @markus, for the last few months and all was well until I upgraded from 2.2.8.156 to 2.2.9.134. Since then, the control over my tasmota bulbs using Colour Temperature has stopped working, and I get errors in the log such as the following:

I’ve tried to work out what might be causing the problem, but I have to confess I don’t really understand the code or error. Has anyone else had this issue? The Colour, Hue, Saturation and Level device commands seem to work, but not the Colour Temperature.
Any help gratefully received.

Tasmota Light not working with Color Temperature Get Help

Can you show a screenshot of the custom action in the Rule? You shouldn't get that error if you only provide one parameter. A screenshot of the error may also be helpful. Markus isn't on the forum anymore, so you might be on your own for this driver. There may be other community options, though someone else (maybe me, ha) might be able to look at yours if you provide a link.

This was my post a few days ago for same issue.

Thank you @Flakie. I had a look at your earlier post and the reply you got re the changes in the built-in command. I'm going to check this out and experiment, and reply back on your earlier thread in the next couple of days. Cheers!

If anybody needs it, I added HttpHook support to the Tasmota 10.0 firmware. For this release I also made Tasmota32 versions for devices with ESP32 chips. The ESP32's Bluetooth and Berry scripting seem like pretty exciting features for the future. Be aware: If you are on an old version of Marcus's Tasmota firmware, you might lose your settings after updating.

If you use this release, auto detection in Marcus' driver wont work anymore. You'll have to manually add your device using the ip address. The reason for this is I removed Marcus' ESP8266SSDP code. The SSDP library hasn't been included by default in tasmota for awhile. And I would have had to do separate libraries for the ESP32 chips. It was a pain.

Contribute to Obi2000/Hubitat development by creating an account on GitHub.

Also for people having trouble with Marcus' driver, or just want something simpler. You might be interested in my own small Hubitat Tasmota drivers that work using HttpHook. You can find them here: There are things like Generic Switch, Bulbs, Power Monitoring Outlet, etc.

I have a query recently I found is video where they implement Multi-press Button Actions in Tasmota, can these multi-press events be used with this driver?

I have a Tasmota Button Controller - generic switch driver that will let you use the multi-press events. Just go to the driver settings and set the number of buttons you have. And chose "Decouple Relays".

Any chances of the extra buttons on the topgreener 8 button scene controller being used with the tasmota driver?

Here is a Tasmota driver for the Topgreener Scene Controller. It's a little weird, with a secondary controller. So in order for it to work you have to set up a couple of rules. To do that run these four commands in the Tasmota console:

3 Likes
Hubitat does not get Tasmota device status
Tasmota and Hubitat - Is there any future?
← previous page next page →