The Fan is always controllable by the provided remote control, but control via the dashboard or pico remotes is intermittent. The issue resolves itself when left alone.

Our house is in proximity to a major airport. Over the years, we have noticed interference with AM controlled devices (remote controlled cars) and occasionally with FM radio.

Looking for suggestions on how to sort this out. I've thought about changing the Zigbee Channel, but wasn't certain that was a Good Idea (tm).

It kinda went like this... New couch and loveseat led to a new entertainment center (okay there wasn't a old one), these have set the esthetic for the room. The thermostat was replaced with an ecobee3, which with IFTTT and LIfe360 gave me true Home, Away behavior based on ground truth in lieu of a schedule. This was all followed by a Hunter Ceiling Fan (pull chains only) wired to the old dual rotary switches in the wall. Decided I wanted smart control over that fan. After trading messages w…

Do you have a Zigbee repeater installed in the same room?

Do you have a Zigbee repeater installed in the same room?

The thread in the ST forum for this device is up to about 750 posts I think. A significant proportion of those is people reporting intermittent connectivity issues, and the answer is usually, “add a zigbee repeater.”

Everything I have is in the same room at this point:

I believe the connectivity issue is mostly between the Zigbee network and the Fan Controller.

Going to try moving the GE Plug to the other side of the room, farther from the HE but, about the same distance from the Fan Controller.

Take control of your home lighting with the plug-in ZigBee Smart Switch from GE. This unique smart switch adds remote on/off control to any table or floor lamp using your existing ZigBee hub device and does not require wiring. The ZigBee Smart Switch...

Operating ceiling fans are frequently subject to intermittent drop offs just because the moving fan blades make it difficult to get signal through to the radio in the housing. The problem is worse if the fan blades are metal.

I usually recommend trying one of three things:

Operating ceiling fans are frequently subject to intermittent drop offs just because the moving fan blades make it difficult to get signal through to the radio in the housing. The problem is worse if the fan blades are metal.

Well, at least my blades aren't metal. I haven't kept detailed records, but I seem to notice it more when I come home and try to turn the fan or light on.

I usually recommend trying one of three things:

While I can't get one directly above it, as that's attic space, I could get one above and maybe 6' to the side. Had not thought of doing this.

Was wondering about this, just didn't want to go this route without some idea that it might help. Don't follow what you mean by "90° to each other"?!?

The antenna isn't extended,, but it does protrude from the fan housing. The install instructions state the antenna should be exposed, I modified the install in order to suit the near ceiling mount of the fan.

I also just relocated the GE ZigBee Plug-In Smart Switch | Jasco to the other side of the room.

If one repeater is on the north wall, put the second one on either the east wall or the west wall. Not the south wall.

One floor up and 6 feet over is fine, it doesn't have to be right above it.

Back from trip over the weekend, picked up a GE ZigBee Plug-In Smart Dimmer | Jasco early in the week and installed it about 6’ away from and in line with (in same plane) as the Hampton Bay. Since then I’ve had 100% connectivity as far as I can tell.

Of course the dimmer is unhappy about the 5 bulbs in the lamp it’s controlling, so have to sort that out. That should be fairly straight forward though.

This is a bit old, but I thought I would contribute something I did to help this device work better.

The stock Zigbee antenna seems weak in general. I went to Amazon and purchased two new Zigbee/2.4 GHz Wireless antennas. The one was a small leaflet, like you would use internally in a Wifi router. The other was a more proper antenna on a printed circuit board. (links below) Both were about $8 each, so not expensive to try.

The controller box opens up with two screws, and you just pop the old antenna off and new one on.

The smaller leaflet worked better than the stock antenna, but still was not the best. I liked the fact it matched my fan canopy and downrod color so it was more inconspicuous than the stock or the other aftermarket antenna. The antenna wire was tiny, which helps to get it out of the canopy without pinching it. This has a very long flexible lead and has both the white and black antenna included.

The larger PCB style antenna seems to have much more gain than the others. It was the clear winner of the three. It is a bit ugly, but I think a bit of paint would help disguise it without attenuating the signal. For now I just left it "naked". The wire was a bit larger than the one above, but still much smaller than the original antenna lead. The lead on this is longer than stock but much shorter than the first antenna. The lead is stiff enough to support the antenna without tape or anything. 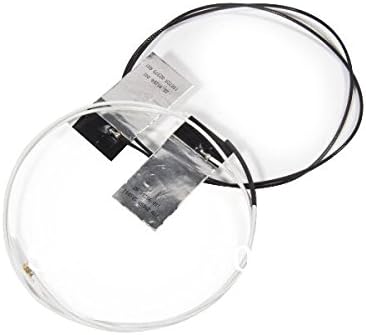 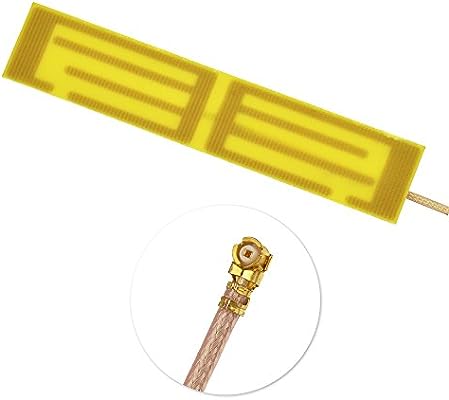 Continuing our discussion from the other thread here: Thanks for this information! I ordered the leaflet one and we'll see how it goes--and how well I'm able to get it to blend into my ceiling (which despite being white, I'm not sure the included one does a good job of, either; this one looks thin enough that I might be able to paint the wire and cover up the "leaf" part with a thin sheet of painted plastic or something, too--probably could just paint it directly but without seeing the part I'm hesitant).

Glad to hear it's not too hard to open. Wish I knew this before I installed it in the canopy, since I'll have to take it out now. People who just bought this and haven't installed it yet: consider yourself warned.

@bertabcd1234 - how did things go with your antenna upgrade?

I cannot recommend swapping out the antenna highly enough. It has eliminated the "keep a repeater as close as possible" problem everyone mentions, has improved my LQI even though I've stopped doing that, and was pretty easy to do.

My LQI is 255, and my RSSI is -43 with the antenna swap. I don't have before numbers, but those numbers are very good if I am interpreting things correctly.

I decided to make a case for the wlaniot 2.4 Ghz antenna so it is protected. I found out the hard way that if the antenna touches GND while there is power to the circuit it will fry the Hampton Bay controller.

Here is my design on thingiverse:

This is a case for a 2.4 Ghz antenna that works really good to extend the range of the Hampton Bay Zigbee Fan Controller. Here is a link to the Antenna: https://www.amazon.com/dp/B077SVP7PN/ref=cm_sw_em_r_mt_dp_LeUuFb6CVB7GZ I print this standing...