Soooo ... With everything going on right now, I decided to post a fun project that my hubs and I did together. We inherited an old tube radio about 12 years ago. We've been displaying it in our home ever since. It's always been in the back of my head to revive it in some way. Since the radio actually still works, but the speaker is not hooked up, I didn't want to tear into it too much. I don't think that they're worth a ton of money, but there are a ton of great memories that came with this radio, so keeping it in tact was very important to us. After purchasing a few components, I was ready to roll. I placed an echo dot inside and let my imagination take over the rest of the automation. So far, I've been able to get the radio to light up when I call her name and stay lit when I ask her to play me some music. Here are a couple of videos of her in action. I hope you find this fun. Since it was something that increased the HAF, I enjoyed working on this with him very much! I'm certainly not done with this project, but I need to wrap my head around how to make other things possible.
I was inspired by @adamkempenich as he is supposed to be coming out with his version of the same automation, which will probably be way cooler than mine. I'd post a jab, and considered having Alexa mention him in a video, but in the end he's a pretty cool guy that's just really busy. So consider some slack cut.

I've added some inside photos and a device list below.

I grabbed my Echo Dot from the corner and put it inside of the radio. I had some sylvania lightify LED strips hanging around, so Jeff and I figured out that we could thread the strip through the top of the radio display and it looked like the classic lighting. SCORE! then I attached a second strip and fed it down through where the speaker was attached. We loosened the screws that hold the board for the speaker and fed the rest of the strip down through it and attached it to the inner side of the center spoke of the radio. That concealed the strip fairly well. Because of that, we were able to keep the power components on the inside of the radio. Added a power strip and a Homeseer light sensor to complete the installation. We also put a bluetooth speaker in the bottom, but I find it's a bit muffled. I'll have to work on that one. You'll have to excuse the dust. I didn't clean it out. 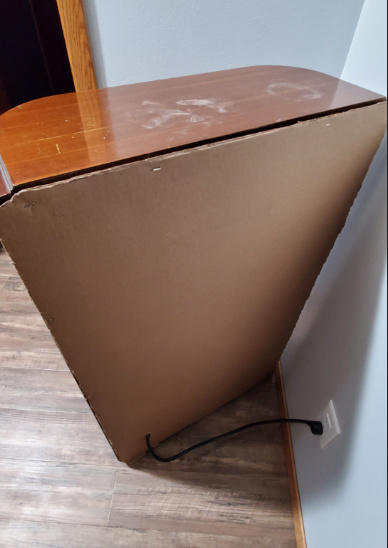 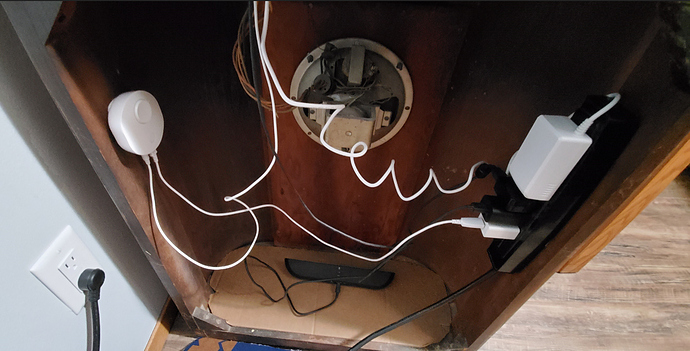 Wow!! That turned out really well. I love it.

Jab at me all you want—yours shipped first

Jab at me all you want—yours shipped first

That's BRILLIANT!!!! My dad has a collection of old radios. I am sending him a link to this page. I bought him a Google Mini for Xmas to pull him into this world.

I am sending him a link to this page.

Thanks! I just thought it'd be fun. Everything has to have a purpose all the time, so I figured it was time to step outside the box again. Send him some LED's and a light sensor too.

I was about to ask how you lit up the radio. Can you post some pictures of the insides?

Yep. I'll edit my original post with a device list and photos. I kind've wanted to see the reaction before I revealed the guts of the project. I have to go up and take some photos as I failed to do that originally. Rookie mistake.

My dad has/had a couple of radios that size and then a bunch in the 1'x1'x2' size. That is a great project combining the old and new. What a great idea!

That is a great project combining the old and new.

Thanks. My parents stopped over while we were lighting it and I could tell that the lit radio brought back memories for him as well. Had I started an Alfred Hitchcock story playing on it, I think he might have set down in front of it and stared at it like he did when he was a kid. Humbling and endearing all at the same time.

Wonderful job! I am so happy for you. You put a ton of thought and effort into this and it came out perfectly!

I wasn't able to watch the videos... They kept activating my own Echo's no matter what room I was in! lol

I added photos to the OP and a device list. @stephen_nutt
I hope everyone enjoys our little automation.

I wasn't able to watch the videos... They kept activating my own Echo's no matter what room I was in! lol

Press the don't listen button on the echos, or do like I did and scream "STOP!" after I say her name in the video.

Are you turning on the LEDs on/off using a Rule based on the Echo's status? Would you mind posting a screenshot? I was curious and tried it but my Echo is way too slow updating its status to be usable. It might be because I have kept them on my ST Hub. I am using Echo Speaks.

I have my Echos paired to my HE hub and I use echo speaks through smartthings.
I created a rule for the light sensor: 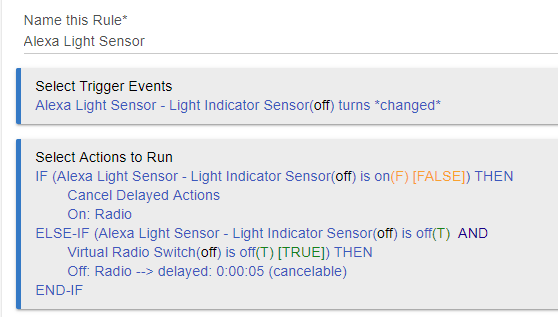 I also have a virtual switch exposed to the echo app for a routine that when I ask her to play kick in one hundred point five she turns on the virtual switch which keeps the light on when she goes dark. Then that virtual switch turns off when I say "off please".

[EDIT]
I should've changed the name for the lights to something other than Radio, but I added them through @adamkempenich lightify app and so I don't want to change them.

Ok you have me stumped. Where is "Alexa Light Sensor..." as a trigger? What type of HubConnect device are you using for your Echo? I am using HubConnect Speaker.

Ok you have me stumped. Where is "Alexa Light Sensor..." as a trigger? 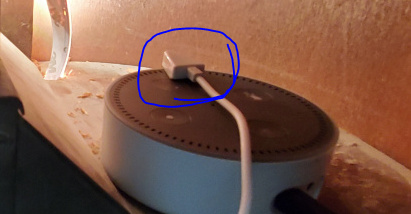 Ok back up.
The light sensor sees alexa light up and indicates on. Which turns on the led's inside of the radio. When alexa goes dark, then it turns off as long as the virtual switch created for the radio is also off. Causing the light to interact when alexa lights up.
With me so far?
I have my dots connected to my HE.
I have alexa speaks installed on smartthings
but echo speaks and hubconnect are not necessary for this automation to work.
I exposed the virtual switch for the radio to alexa and created a routine to turn it on if i say the words to play the radio station. Then while music is playing, it stays on until I say "alexa off please". Then it goes dark like it's off.
Echo speaks and hubconnect are not necessary.
But since it was mentioned I have the echos paired to he and use echo speaks through smartthings which triggers the dots through hubconnect.
Whew!

So here's the flow

light sensor detects change
(alexa lights up when i call her name)
rule kicks in to turn on lightify strips
alexa does what I ask her and either goes dark, or plays music
if she plays music, she turns on a virtual switch in HE
Led's stay lit until i state "off please" which in turn a routine in the alexa app turns off virtual switch
which then turns off the lights because the dot is no longer lit and the virtual switch is off.

[EDIT]
the light sensor will leave the led's lit as long as the dot is lit.

I thought Alexa Light Sensor was a status coming from the Echo when its rings lit up. I didn't realize you had a separate device. That's BRILLIANT!

Could you post a link of where to buy that sensor please?

Could you post a link of where to buy that sensor please?

wrong link
here is the correct one

Z-Wave Smart Indicator Light Sensor Want to turn your regular 'dumb' appliances into smart ones? HS-FS100-L is a Z-Wave light sensor that's designed to report back to your smart home hub when indicator lights turn on, turn off or change color. Use...

Looks awesome. Amazon will probably steal your idea and start making these!