I am looking for a water flow sensor. All I need is to know if water is actually flowing. The use is for when I am not at home but I have the automatic waterer’s running. I just want to know if there is any water flow other than between the hours of 2 PM and 4 PM. I will set the automatic waters to run only between two and four. So if there is flow at any other time I would be alerted or install a shut off valve and turn the water off as there must be a problem. I would prefer it to be Zigbee but as long as it works with Hubitat the protocol isn’t really important.

Perhaps a pressure switch located after your automatic valve. The output could be sensed with a contact sensor that accommodates external contacts.

I use a smarthings multi taped directly to the pipe for this. When water is flowing through the pipe there is enough vibration to trigger the accelerometer. It’s something to consider and they are pretty cheap off eBay.

I used a flow switch wired to a contact sensor to check my heat pump's water supply.

Not cheap and wifi : Flume 2

If you are in North America, not cheap also but ZigBee you can buy those. it is a ZigBee valve on which you can add a flow sensor. I know the valve directly pair to Hubitat, as a compatible device, but concerning the flow sensor, which is connected to the valve, I don't know if the default driver of Hubitat can get this flow value. The quality of Sinope device are really good. 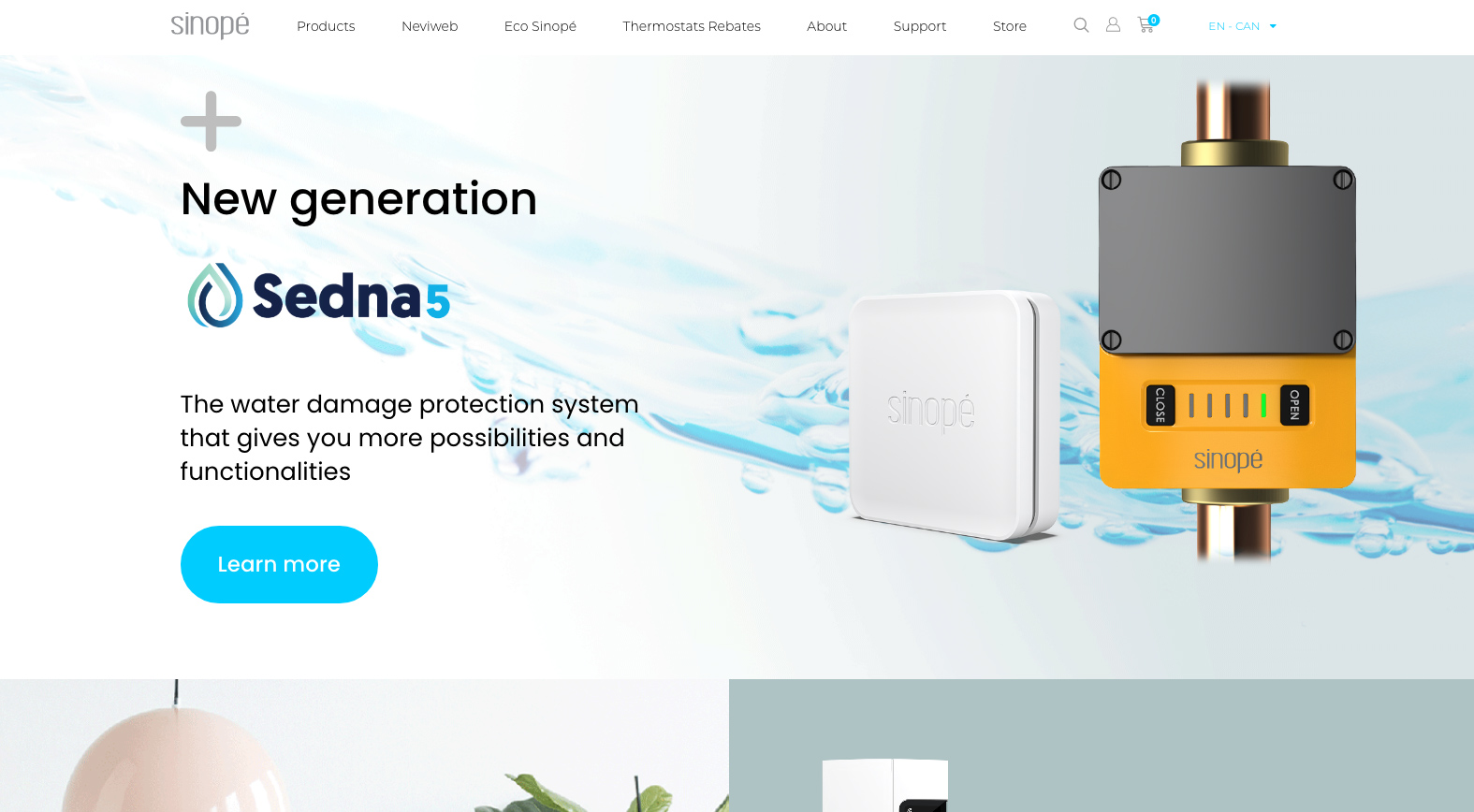 The creation of your smart home starts here - Sinope Technologies

The creation of your smart home starts here - Sinope Technologies

Seems like that might be a good idea but my pipes are all PVC I’m not sure there’s much vibration in them if I have a relatively small leak.

I looked at that one but I think it requires a water meter and I’m on a well.

It looks to me like that would work fine but I sure was hoping to find something a little less costly. If I can’t do any better I think this will do it. Thank you.

So it appears that this thing screws into a T on your water line and closes a switch on water flow. I think this is what I would want but I’m not sure what the next step would be. I can put things together just fine but I don’t think I’m very good at designing things. i’ll have to think about this one a little bit. Suppose all I wanted to do was send myself an email through Hubitat on any water flow between certain hours?

screws into a T on your water line and

...closes a dry contact. Back when I had this installed and wasn't yet 100% zigbee, I added an Ecolink zwave contact sensor with a screw terminal block and attached the leads from the flow switch to it. From there, you'd craft a rule to do what/when you want based on whether the contact sensor registers open or closed.

uld work fine but I sure was hoping to find something a little less costly. If I can’t do any better I think this will do it. Thank you.

I installed a Sinopé valve with the flow sensor but unfortunately, the Hubitat driver doesn't report the flow value. I know that Neviweb can draw a consumption graph so it should be exposed in a way or the other...

I don't have this device so it is difficult for me to identify which cluster and attibute identifier is used for this specific measurement. If I had to guest it would be 0x0404 for the cluster and 0x0000 for the attribute to get the flow measurement in m3/h in a uint16 format then multiply the value by 10. I really don't know for the total volume of water even if this is reported by the device. This may help some people here is they want to make some test with you. I will gladly help you but don't have much time this week.

This is a new device and sinope have not sent us one to integrate.

I created a separate topic for that.
Sinope Water Valve with Flow Sensor (FS4220/FS4221) - Get Help / Devices - Hubitat

I'm also looking for a water flow sensor of sorts. It'd be nice if there was something that just strapped to a pipe and could sense internal water flow, but doubt we'll see something like that that's affordable anytime soon.
I wonder if a water flow switch like this would work with a Zooz ZEN17 Universal Relay to be able to tell if there's flow in a pipe? @agnes.zooz, thoughts? It seems to be similar to the Sinope water flow sensor. I'm not sure of the build quality, I'm sure Sinope's is better. It's also possible the Sinope sensor's end could be cut off and connected to a ZEN17 to report whether there's flow or not. It'd be z-wave, not zigbee, but the ZEN17 is a great device, I've used it for a few projects now, and it's rock solid.

It looks like a simple binary switch so there should be no problem as long as the contact is made is dry. It's unclear from the Amazon description how much (if any Voltage) this device puts out so that would be the only detail to check. You can then program the input type in Hubitat for the ZEN17 to report as a sensor or on/off switch depending on the automations you'd like to use it in.

FYI all, I purchased one of the Sinope water flow sensors, cut the end that plugs into their water valve off, and there are 3 wires - black, yellow, and red. With yellow in S1 and black in C, it is indeed registering "present/not present" when setup as a motion sensor with water flowing/not flowing. So, for the purposes of knowing if a shower is running or something similar, it looks like this would indeed work if installed on the pipe between the thermostatic valve and shower head/hand shower, etc. I will say though, when testing it with just a small flow of water under the sink, it didn't switch from not present to present... but, with a steady flow like you'd have in a shower pipe, it switched immediately. So, if you're hoping to monitor for a small amount of flow that could indicate a leak, I'm not sure this would work. But, if you're just hoping to monitor whether a specific pipe has flowing water in it or not, then this application could indeed work! 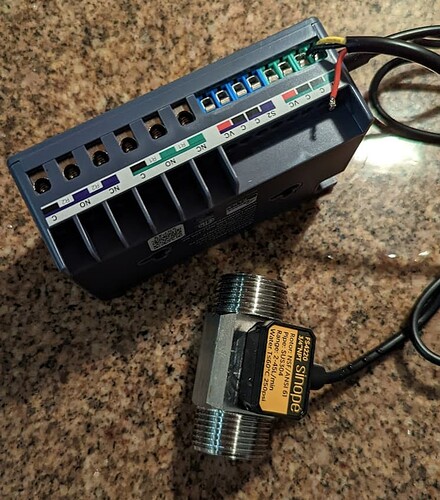 My plan is to do what I stated before - install these on the 3 bathroom showers' plumbing in my home when I redo them to know whether someone is indeed showering or not so I can include that in automations (e.g., don't turn off lights since motion isn't detected, turn on the shower light specifically, maybe turn on a Hue scene for the light?). Even better, I can also install a water leak sensor with the same ZEN17 and monitor for potential leaks down the line too. 2 birds, 1 ZEN17 universal relay

Curious. There doesn't seem to be much info on the Sinope website. However it does state a range of flow. Is it possible the output is some sort of frequency pulse that triggers the Zooz when fast enough?

Typical flow meters look similar and output a signal whose frequency is proportional to flow.