I wish I were sufficiently technically proficient to answer that. There are a few discussions on here reporting that (esp for channels 25-26), but none with an explanation as far as I remember.

I'm pretty saturated with neighbours around my house. I had to test my zigbee channels until I found some stability with channel 11.

Me too - townhouse complex. My neighbors on either side are on WiFi Channel 6.

Edit: There is one weird thing. Someone close to my house has purchased zigbee bulbs that aren't paired to any hub. Sometimes when I do a zigbee discovery and they happen to turn the bulbs on, they will pair to my HE.

Band Edge Concerns: The top end of the 802.15.4 channel band (Channel 26 and occasionally Channels 24 an 25 at very high output powers) usually pushes up against the limits of the band, encroaching into the reserved area in the adjacent (higher) frequencies. Therefore, it's often necessary to artificially limit (with software) output power on these upper channels (as much as -9 or -10 dBm) in order to pass FCC TX testing.

I read somewhere (sorry I don't have the source) some device manufacturers completely omit 26 to avoid possible interference.

I read somewhere (sorry I don't have the source) some device manufacturers completely omit 26 to avoid possible interference.

That sounds right. And often it isn't just in software - they will put high pass filters in, or specifically de-attenuate the antenna, to ensure they are OK. At least I know that is common on industrial 802.15.4 devices (where I spend most of my engineering time in wireless...

The issue/solution are summed in this these two images (the upper indicates 2.4GHz WiFi channels 1, 6, and 11; the lower indicates zigbee channels 11-26):

Thanks for this chart. Yesterday morning, I told my router always to use 2.4 GHz channel 3 and moved HE to Zigbee channel 26, but I think I'll try channel 23, now, and see what happens.

Sometimes when I do a zigbee discovery and they happen to turn the bulbs on, they will pair to my HE.

I had the same thing happen years ago. Now, the same neighbor has a Google Home he doesn't use, apparently, to which I can send music!

Good idea. But, please give the mesh time to recover/re-form (~24 hours is the time frame I've seen quoted here).

please give the mesh time to recover

Oddly, when I changed it to 26 from 20, it did take a couple of hours. But I just now switched to 23 and all of my devices not now orphaned became controllable again in a matter of a couple of minutes.

Even if you do manage to get this screwed back together, I would urge you to split your bulbs, at least the ones that route, off to a second HE hub or a Hue bridge. You may get back to functional, but not necessarily solid and stable. Any change in your environment could easily topple all your work.

I would urge you to split your bulbs, at least the ones that route, off to a second HE hub or a Hue bridge

@zarthan's advice is on the mark. I will add - second-hand, like-new, Hue bridges are going on eBay for $15-20 (shipping included). Hubitat's integration with Hue is fully local, so your automations will remain very quick.

My house is totally saturated on WiFi. Until a couple of days ago I had three access points with one on each of the desired channels (1, 6, and 11). I pick up 28 neighboring access points - right now most on 1 some on 11 (I don't know how many of those are dynamic). I have not seen any Zigbee (mis-)behavior that I can attribute to radio interference. When I first setup my Hubitat, it chose either 23 or 24 and I had lots of problems. My SmartThings was working well on 14 but I hadn't migrated yet so I didn't risk using 14 for both. This community recommended 20 so I switched to 20 and it has been solid. I don't know the technical reasons for the issues with the higher numbered channels but I have seen a lot of references to them so I would stay away.

I would urge you to split your bulbs

I may wind-up doing that, but in the meantime, I will continue to work with Hubitat to solve this problem because, despite conventional wisdom, I don't believe this is precisely any of the issues yet proposed but, rather, is a combination of issues or, perhaps, something as yet undiscovered which, when fixed, will make the platform better for everyone, let alone me.

For example, following advice, I installed one of five repeaters (which is, indeed, repeating well, according to the child-route report) in the front hall, a few feet from the kitchen. The hub and another repeater is in the living room, with line-of-sight to the kitchen, and I replaced four of the original, 2014 GE Link lamps, which were working, though subject to the "mass extinction" events I've described at length, with four Sengled Element Classics. And, so far, I haven't been able to get all four of them to be functional at once, though all four have absolutely no trouble with discovery. And, a couple days after I installed them, I tried adding-back some of my many orphans, and those four Sengleds and an older Sengled Element Classic (purchased before they added "Classic" to the name), which has been rock-solid in a table lamp in the front hall for about three years, became orphaned. As I say, Hubitat Technical Support and I will keep experimenting until this is solved. My new Zigbee sniffer will arrive, today, which my gut tells me will show that there are no Zigbee dead spots in the house, but as it's TI sniffer-compatible, it might yield some interesting data. I will then unplug all of the repeaters but the one I've actually been using to control the lamp on my bed table as the fixture takes candelabra base bulbs, and which has been rock-solid since the Summer of 2014, and check again for dead spots, and I don't think I'll find any.

As for Hue, I've had a couple of nasty experiences with that platform, and that's not going to happen, though if this turns out to be a capacity issue with the C-5 (not that I have a shred of evidence to support this; it's just an unlikely hypothesis), I will certainly consider getting a second HE C-5. I have more lamps on the way to test for stability and compatibility and will continue to replace the original Quirky/GE Link Lamps (though the ZLL version in not affected by this, apparently). This is proving more expensive than I'd ever imagined, especially as I had everything I needed before will.i.am decided to wreck a working platform, but I'm widowed, I live with six cats, and there is no one to annoy with the problems except myself, and I see no reason not to spend the time working to get to the bottom of this problem, using actual evidence, and with any luck whatsoever, the insults will cease in the meantime.

Thanks again for the help of the actual helpful,
Jeff Broido

(occasionally I have to reboot the hub to even exclude one of these non-plus Z-Wave devices, after bringing it within about 30 feet of the hub)

this does suggest that you would need more z-wave repeaters as unless all your repeaters are only z-wave rather than + you should not need to do this and everything should pair/unpair in place.

If one attempts to delete it without excluding it, one gets a warning from HE.

you should get a warning when you go to delete it 1st to ask you, do you want to do this as it will remove it from X apps, but also do you want to still do it and to follow the manufacturer's instructions for excluding.
The reason i asked and the importance of doing it this way and not just excluding it or factory resetting it or force removing it, is because if you dont you can create ghost devices that will also rec havoc with your system. I believe the staff have mentioned that these will eventually get cleared out but before they do your likely have a lot of issues. This is the advantage with zigbee that when you repair the device it will slot back in the previous place but z-wave devices won't.

I may wind-up doing that, but in the meantime, I will continue to work with Hubitat to solve this problem because, despite conventional wisdom, I don't believe this is precisely any of the issues yet proposed but, rather, is a combination of issues or, perhaps, something as yet undiscovered which, when fixed, will make the platform better for everyone, let alone me.

good luck to you, i hope either way you find a solution

Funny you should mention that… IBM created the 8" floppy drive standard for a stand-alone word processor in the early 1970s. Internally, and through the early part of this century, they used them to hold firmware and error logs for terminal controllers. When I was working at Pershing in Jersey City, I found one in the trash that they'd swapped out, and it still lives in my cellar. 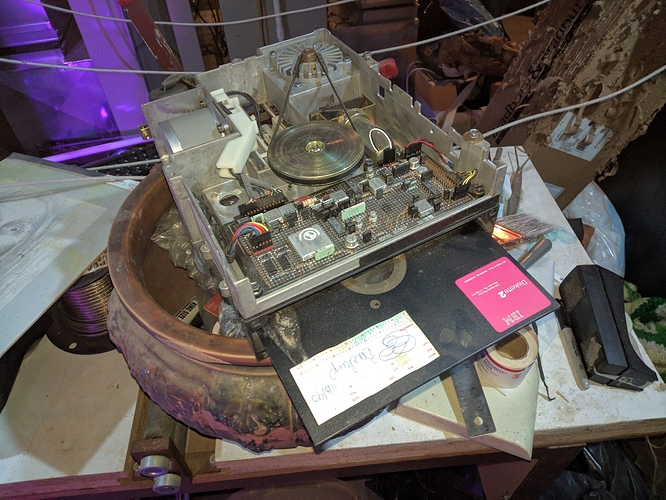 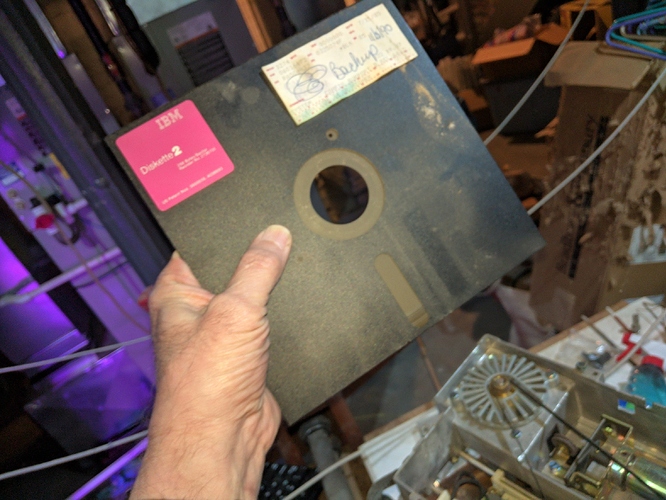 Unless all your repeaters are only z-wave rather than +

Yes, they're all non-plus.

Yes, they're all non-plus.

) that this makes the chances of ghost devices even more likely when procedure is not followed to letter. I also don't think z-wave devices will dump them automatically and will only happen after you have ran multiple z-wave repairs. It's my understanding this is one of the changes to z-wave plus that it automatically cleans out issues like this.