Zen72 switches and scenes or Rules

Posting this as a separate thread as suggested by @ jtp10181

I was able to easily set up a basic rule for my Zen22 switches to do something special on a double tap. Here is an example: 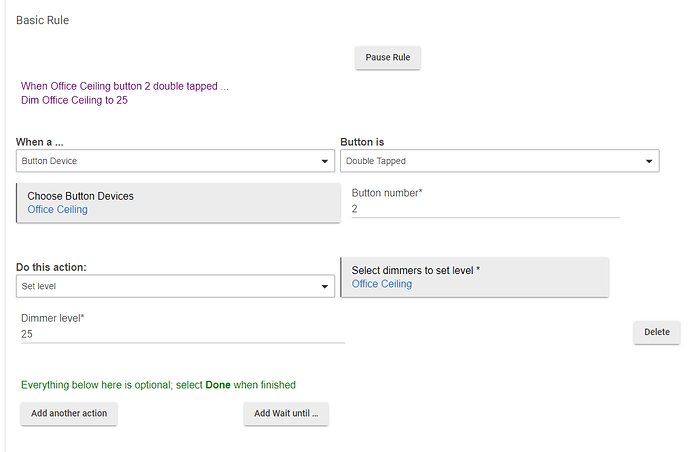 I now have a number of Zen72 switches, and I can't do this same thing. I also can't find any way to set up a scene with the Zen72 switches; when I try to they don't show up in the list of ways to trigger the scene: 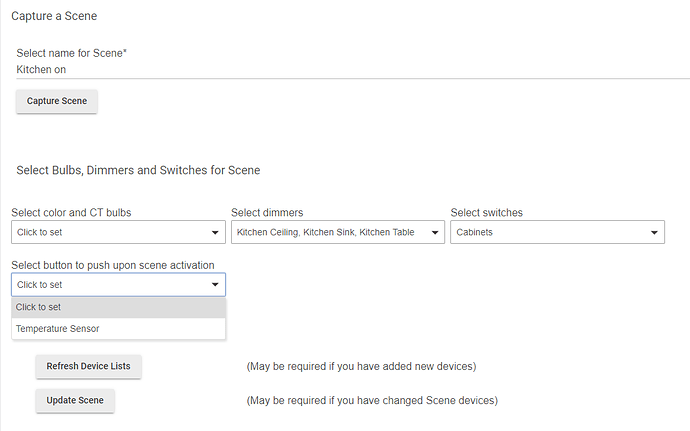 I have tried both the stock driver and the advanced one. And I have tried playing with the settings ad infinitum.

Ideally I'd like to be able to create a scene rather than using a rule or a button controller. These switches are marketed as having scene control.

So how do I set up a scene triggered by double tapping a Zen72 switch?

I don't use scenes, but was just playing around with a new Zen71 using the Button Controller app. It may be worth a look.

The setting you are seeing in the scene options is to PUSH a button when the scene is triggered by something else. It does not trigger the scene. Scenes do not have built in triggers, you have to trigger them with RM, button controller, or another "rule" app.

When you switched to my advanced driver did you press configure? Pressing configure will set the numberOfButtons attribute to 10 among other things, which is what other apps use to know which buttons are available.

Once that us done, you should be able to use button controller or a basic rule to trigger the scene from a button press. Just a warning though, my driver does not use the "double tapped" event, because there are 1x - 5x taps I decided to just use button numbers as Zooz has laid out in their docs. Once you have enabled scene control in the driver and turn on logging, if you do the desired action on the switch it will show in the logs which button number goes with it.

@varneyb did you get this working?