What's Next for HE?

I moved to HE several months ago and love it compared to my old Vera controller. However, it does have it's shortcomings and I'm curious to see what's down the road.

you're saying HE has shortcomings? feel free to list your desires, and the staff are pretty transparent on saying if it's possible or not, and will look to include it in future releases. there have been instances in the past where the community has suggested things, and if it was possible/feasible/legal to do, it was implemented into a future update (i don't have specific examples, but remember seeing them)

Im pretty sure that anyone with that kind of insider info is not able to comment on this.

I'm able to comment on it, but don't really have much to say. Every release of the platform has been a MAJOR release for the past year. New hardware? No comment.

We are currently focused on improving the new user experience, and making things easier for beginners. That's not to say we aren't working on advanced features, because we are doing that too.

Feature requests welcome, with the caveat that there may not be positive response....

I didn't mean anything negative when I used the word "shortcomings". In 30+ years as a software architect, I've never seen a solution that had every desire people wanted. Perhaps shortcoming wasn't the best choice of words. If I didn't think HE was one of the best out there, I wouldn't be using it.

I'm just one of those techies that, when he finds something he likes, craves more. I'm also used to seeing product roadmaps -- both hardware and software -- that lists future enhancements with approximate timeframes.

Again, I'm not complaining whatsoever. I can always write code to make it do what I want it do. I just wanted to see if there was any insight out there or detailed direction as to where this product was headed.

Keep up the great work, guys!

They have said here in the forum they don’t do public roadmaps.

I would love to see the documentation improved. The developer documentation in particular is pretty sparse, especially for someone who is both new to Hubitat development and new to Groovy.

I've mentioned it elsewhere, but if y'all could figure out the business model, I'd pay for better developer docs, whether that was contributing to a kickstarter or something else.

I have found the following youtube to be very insightful.
In this video, a influential youtuber has moved from SmartThings to Home Assistant (in moving to a new house).
Why did he move to HA and not HE?
What lessons can be learned so that HE is in first place, not second place?
These are interesting questions, which can make for insightful answers.
Note: Not all answers can be acted upon - some may be just too expensive, too difficult, too much change, etc. 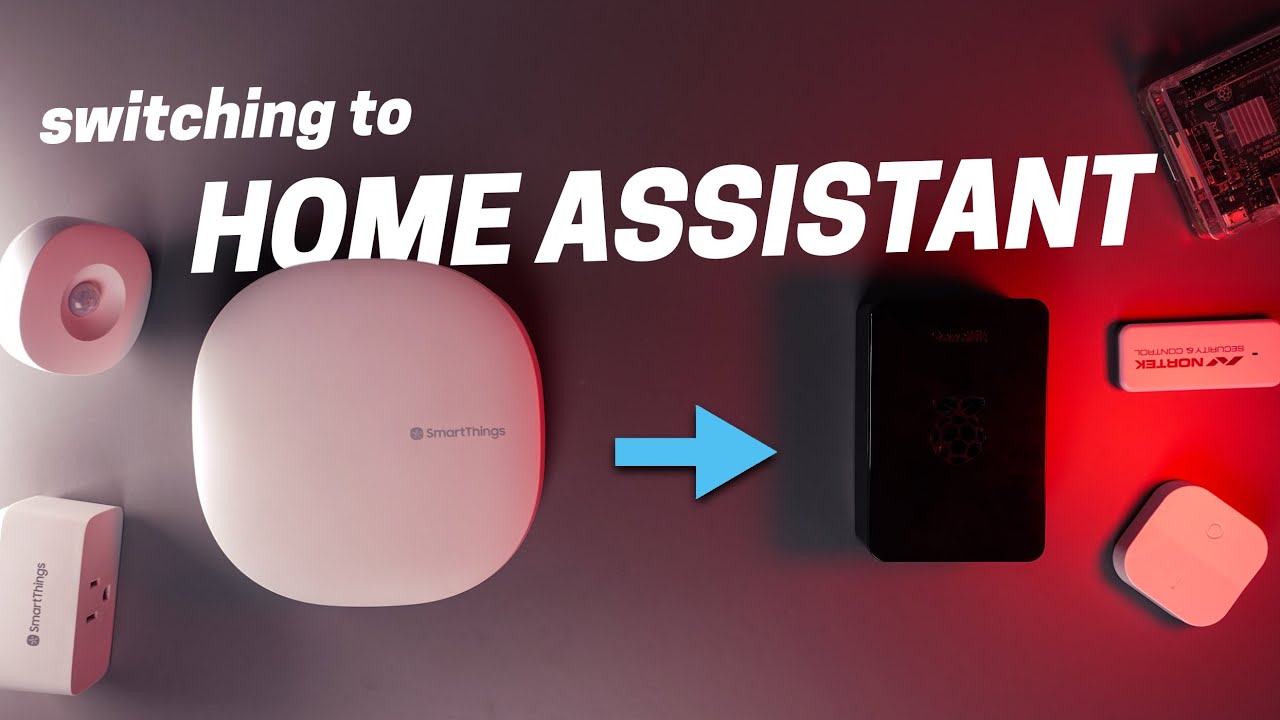 Why did he move to HA and not HE?

I haven't watched the video yet, but the HA community has a lot more than the HE community, and that's based on age. HE community has come up with a ton of great apps to help fill gaps, but HA just has that name out there already. Also, for people who run servers, there's no need to get a separate device.

Reed is not your typical user, and he's all over the map with his opinions. If I were a user considering HA for my primary hub, I would be confused as ever by that review, and not at all enticed by the idea of searching for hours and days for answers. He starts off by showing you UniFi in his server rack. I mean, not saying there's not something to be learned from competitors efforts, but he proves right out of the gate the type of user that gravitates to Home Assistant for their primary hub.

He reviewed HE in a previous video and his primary complaints were cosmetics, LIFX bulbs and "having to jump through hoops" (Tell me he's not jumping through hoops to get some stuff working in Home Assistant. Just ridiculous!), and cloud integrations he couldn't use. He also showed the updated version of the app and said nothing had changed since launch. Not defending it as the be-all, end-all app. It's known that it's not a remote control on your phone like I guess he wants, but that's not the founding philosophy of Hubitat either. And as someone that has written product reviews, his inaccurate statements bother me.

Honestly, complaining that some cheap IKEA devices don't work with Hubitat at this time, and a claim that it will probably never work (he doesn't have the knowledge to make that call), just so he can use them in his ridiculous dishwasher automation that is the digital version of a clean or dirty post-it note, get a serious

Plus, there's now a subscription service to answer his unfounded concern that Hubitat isn't making enough money to survive, yet he's not followed up on his review. As an "influential" YouTuber, that's a responsibility he has, but he's too smitten with Home Assistant to even acknowledge that his claim that the SmartThings hub will still be around in 5 years is completely without any basis in fact. The most laughable part is that he thinks nothing will change with Home Assistant!

I'm well aware of what it takes to get Home Assistant running to the level he's using it, and I'll bet that he's been working on how to get it all right since December of last year, if not longer. There are some things to look at there and consider, but I don't personally think it's a good comparison. Open source projects are a double-edge sword. You can have a lot of people working on them, and they can access capabilities for free that commercial products have to pay for, but at the same time you cannot get support. YOU. are the support as he does acknowledge.

There are some things to look at there and consider

like every time HA releases a major releases, a bunch of stuff breaks xD

I use it, literally as nothing else other than a bridge for my Xiaomi devices, but I'm not going to update it until I absolutely have to or because of a major security concern as they had a few months ago.

I was shocked to see him go to Home Assistant. I honestly thought Smartthings was a sponsor because it seemed he mostly talked about their products. And always favorably.

We are culturally not into roadmaps. There is something contradictory about agile development and a roadmap. For instance, Basic Rule was conceived, developed and released in two weeks start to finish (and still has one known bug). Some of what we do is spur of the moment, responding to what we perceive to be the biggest unmet need of our customers. When we recently had a flood of new users coming from Wink, we gained more insight into previously unmet needs of less knowledgable users. How could we put on a roadmap: Wink goes down for a week, anticipate unforeseen needs. We are scrambling, and planning, and mixing those two as best we can. But roadmaps? No.

Funny story: Before pandemic we used to have group meetings in Scottsdale every few months. We'd work on the roadmap. This ended up on a large whiteboard in our warehouse. Someone would take a photo of it. I found a photo from one 2-1/2 years ago, and parts of it were completely irrelevant, and otherwise accomplished. The whiteboard still has a bunch of stuff on it from the last group meeting, but is mostly hidden behind pallets of hubs, left behind as it were. Now we don't do group meetings in-person anymore, and make more progress faster. Our team clicks and moves fast.

I would love to see the documentation improved.

We are working on it.

The developer documentation in particular is pretty sparse, especially for someone who is both new to Hubitat development and new to Groovy.

We are working on this too, at a lower priority than non-developer documentation, tutorials, etc. The 'developer' population is relatively small, and those needing better documentation even smaller. We prioritize accordingly.

like every time HA releases a major releases, a bunch of stuff breaks xD

This! That’s the number 1 reason that I dumped HA after running it for a year in parallel with my Vera hubs.

The number 2 reason is that running HA is like having a second job! I seemed to spend every day doing something to it.

Compared to HE where I spent the first 6 months learning and tinkering, and now my C7’s are only touched when the next automation idea pops into my head.

PS my Pi 3B is now doing something much more useful, running OctoPrint !

honestly, i have HA but it's just for stuff i can't directly integrate or just want to play around with. like i monitor my printer toner on HA or have speedtest stats, but all my device control is on HE

Reed is not your typical user, and he's all over the map with his opinions.

I always felt that way. In 6 months his video will be about why he is moving away from HA and what his new hub will be.

I watched that before I bought my HE and really thought about HA but argh it’s just not what I need. I bought the HE and to be honest except for a relay everything else that I already had paired right up. I have homebridge running on a pi and all my automations moved back over. It’s responsive and rules are pretty easy. I really quite like it and am glad I went down that path. I don’t want to constantly duck around with HA. I do wish it worked better with WiFi and Bluetooth devices just because I can’t buy any zwave or zigbee devices locally. And I have to set up some Kasa WiFi plugs. But I might just switch them with zigbee plugs. I have started the Kasa thing a couple of times and just kinda didn’t really feel like doing it.

There’s actually a really nice community app/drivers for Kasa if you have not found it already. I too would suggest Zigbee devices, but this integration should work really well for what you already own.