what channel ZigBee are you using to work well with WiFi?

the background noise in the 2.4 GHz spectrum is very high.

One thing I would note, the noisier the environment is, the more repeaters are needed. Having plenty of repeaters in a busy environment, protects the mesh from occasional interference.

the noisier the environment is, the more repeaters are needed

Aha - makes sense. The sweet spot in my home is about 1 repeater for about 4 end-devices.

I may need more. 3 dual band APs in just our house then plus the neighbors.

I am struggling with bridging a gap between buildings. Do you know if some repeaters more powerful than others? I am currently using the IKEA repeaters.

Do you know if some repeaters more powerful than others?

Read this short thread. The Sonoff dongles described in it make excellent long-distance repeaters. And by long-distance I mean ~30-50 feet. Off course, you will have to flash them with router firmware (they come as coordinators) - but that is simpler than it sounds.

I just added several Sonoff Zigbee 3.0 Dongle Plus (ZBDongle-E) devices as routers. This is the product page. Note that these are the newer ZBDongle-E and not the ZBDongle-P. I purchased these devices here. Here is the documentation for how to flash either model with router software (the instructions are different for each model). I followed the instructions for the ZBDongle-E and flashing went smoothly. After flashing with the router software, the device goes into pairing mode automatically …

I’ve been really happy so far with the ZBDongle-E as a repeater and I’m going to get a few more of them to really fill in my mesh.

I replaced a bunch of wall plug switches that were in non-ideal locations in power outlets behind furniture with just a few ZBDongle-E(s). These dongles are really easy to place anywhere because they are USB powered (can use a USB extension cable).

I'm doing just under 100' line-of-sight with two different Ikea repeaters ...BUT... I used a 10' USB cable to get the repeater module of the Ikea units outside in a plastic weatherproofed box on the side of the buildings.

And....the neighboring WiFi traffic/overlap is pretty low so that may be a contributing factor.

Update: I got a 4 pack of Sonoff plugs and have installed 2 of them so far. Numbers are improving... 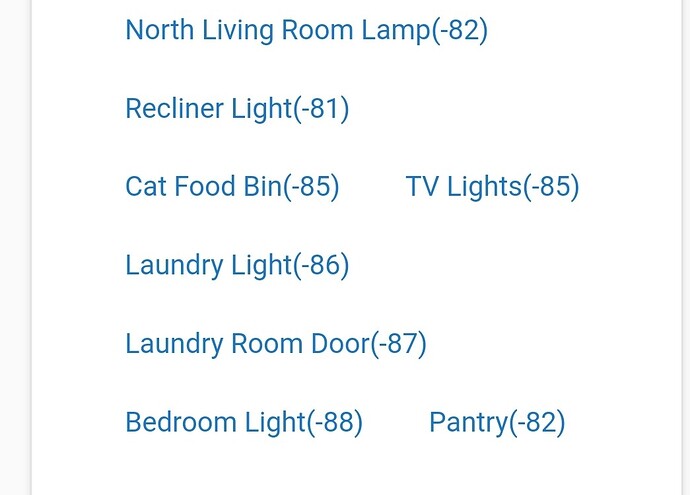 By the way this is what I'm up against 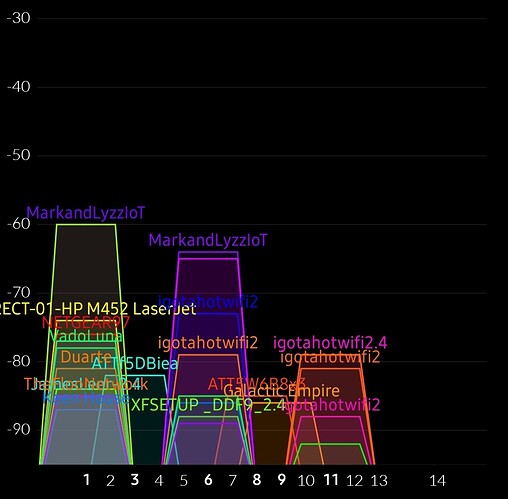 Damn! I thought things were going well but now I have bulbs dropping out. I have 5 repeaters total now but my numbers are still in the tank. @aaiyar think I need MORE repeaters? 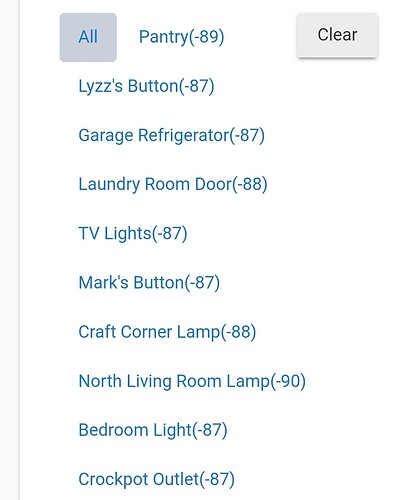 These are current numbers

I still have garbage numbers. I don't know what to do! Everything is still in the 80s at best. I've placed 4 new repeaters around the house and while they are reporting, I don't really see my problems improving. I did also switch my channel to 24 and all of my 2.4 wifi APs are on 1 and 6.

I bought two of these about a year ago. I haven’t seen them repeat for anything..ever.

I am using these (Innr Smart Plug - Amazon) as generic Zigbee repeaters for both Hubitat Zigbee and Philips Hue...no issues in over 2 years.

If you are also using Philips Hue, check to make sure that it is not trying to use the same Zigbee channel.

Well damn. That's unfortunate. How would I be able to tell if they are?

I just ordered my first three of the popular Tuya USB Repeaters for a total price of under $35CDN/shipped (11.11 Sale) from this store: 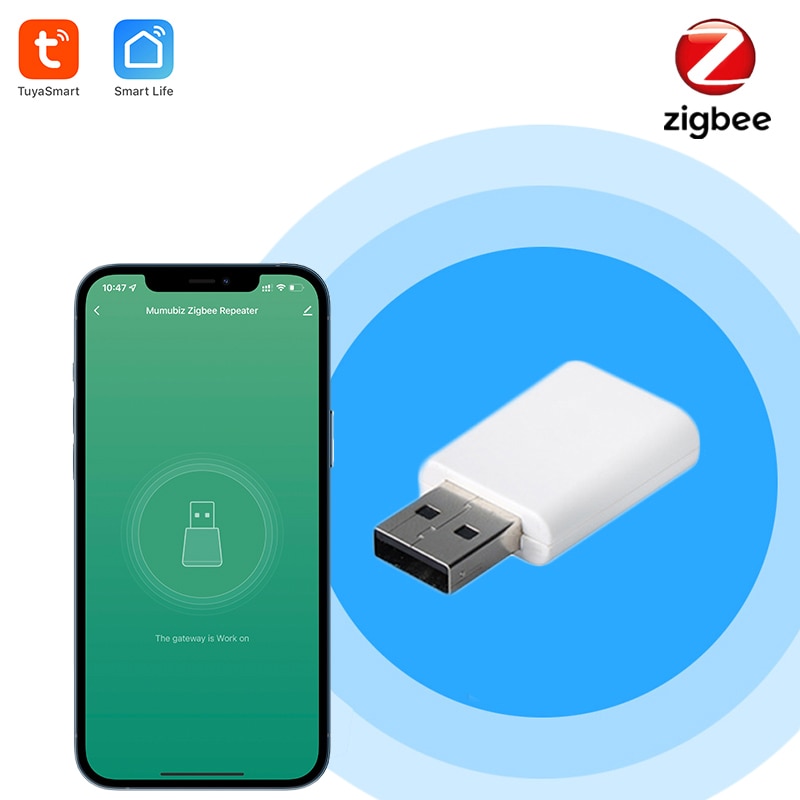 Not the fastest way (ordering from Aliexpress) to flesh out your mesh, but reports of their performance are great.

If I can make a suggestion, these are terrific repeaters. Small, very reliable, and support 7-10 devices easily.

How would I be able to tell if they are?

You can see “last hop”, meaning the last repeater a device routes through before reaching the hub, by going to the webpage http://YourHubsIPAddress/hub/zigbee/getChildAndRouteInfo

well it appears that I do have things repeating....

Although it does not appear to be logically done. Cat food bin and dog food bin are both in the kitchen with the crockpot outlet yet they are apparently repeating tv lights which is in our bedroom upstairs.

I can’t remember the specifics of incost/outcost etc, but those numbers are pretty bad. I guess they are repeating because there are no good repeaters to use instead.

A way to see how your repeaters are doing:

The lqi is an indication of interference or quality of hop between device and nearest router.

The rssi is the signal strength. Closer to 0 the better as that means less power was used to transmit.

Usage is to track down a zigbee endpoint device that is dropping off due to interference or weak signal.

Or to find sources of interference or range or a sensor.

Keep in mind ZigBee does attempt to optimize itself automatically. So a single response isn't worth acting on, its the averages.

Moving a device might result in better signal, but it could optimize through a bad router and lqi could decrease in quality.

What this doesn't show is the hops between the nearest routers and the hub for each device. So its not the entire picture.

For most, its not even needed to look at or monitor. But it is handy for troubleshooting edge ZigBee devices that might be having issues on the mesh.

In almost every situation, adding repeaters / routers will solve the problem. It is a mesh after all.
So, if you have numbers of lasthopRSSI in the minus 80's, that indicates that you should move a repeater closer to that device.

A few interesting things I've read about RSSI: as a 'raw' measure of signal strength at the Hub's Zigbee receiver during the interval in which it is listening for a message, it could also include noise or interference (in the frequency band of the assigned channel), "foreign" Zigbee transmitters using the same channel, as well as the paired transmitters in your Zigbee mesh. Values approaching zero indicate stronger signals, more negative values weaker (-100 would be the lowest reported value).

As it is the value of the 'last hop', if the device passes through a repeater it would represent the transmitted signal strength of the closest repeater's radio. For a small network with a few repeaters you may be able get an idea of how your end devices are routed (if their RSSI always tracks that of an individual repeater-- assuming the repeater's RSSIs are appreciably different).