With only a few weeks left in the pool season, I've completed the first release of my integration for Hayward OmniLogic pool controllers.

Of course you'll also be able to control the equipment using your hub's app or website if you prefer.

Examples of things you can say

Depending on device names:

Note: Light and Relay devices have not been tested. I put my pool light on a zigbee switch last year so I haven't been able to try it out. If you use either of these devices, please let me know if they work.

If haven't tested this with Amazon Echo devices since I don't own any, but I'm curious to hear what works and what doesn't.

The integration consists of a Smartapp to handle communication with the Hayward OmniLogic API and 8 device handlers to control individual devices.

In Hubitat, go to Bundles -> Import ZIP, and import omnilogic-v1.0.zip

Another workaround is to set the temperature in the Hub's app or website or in the Hayward OmniLogic app, and only using Google Home to turn the heater on and off.

There are some limitations and quirks with Hubitat's Google Home integration, but all issues below can be worked around by using the Google Home Community smartapp instead of Hubitat's built-in Google Home smartapp.

I'm open to all feedback and suggestion. For developers: All pull requests into the develop branch of the git repository will be considered.

Awesome integration! I’ve been longing this for a while. 2 feedback points

Great job. Now my wife can ask Google to turn things on instead of me

and I can now link my backyard lights stay on override to the pool controls. Much appreciated!

Thanks Philip, you're my first (and only) customer! I appreciate your comment.

About #1: I may have mistakenly assumed this worked with the built-in Google Home integration, but it will definitely work with Google Home Community.
Here's how I set up the thermostat device type in GHC: 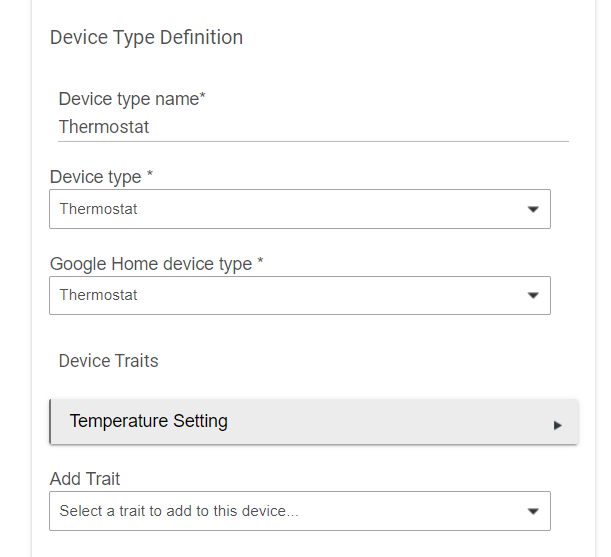 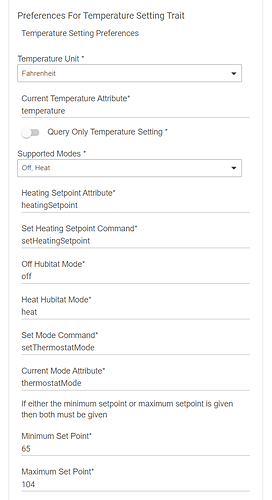 #2: That's a great use of scenes! I had hoped Omnilogic would do this automatically, but your solution is just as good.

So awesome. Thanks for releasing this!