Hi,
I have a general question about how things works behind the scene! If I have a device properly configured on which I've created some rule (Philips motion sensor). This morning, it seems to have lost connection to the hub (it flash red).

I am wondering at that point :
1- Do I need to delete the rules, delete the device, recreate everything from scratch
OR
2- Can I add a new device and since the device has a known ID, the system will replace the existing information with this new device information and everything will still work without a change?
OR
Another way to proceed?

All Zigbee-devices (there amongst Hue) already included can just be re-paired without any previous deletion, this will not break the existing rules where the device is used. Z-wave on the other hand will be a totally different matter!

Edit: And welcome to the community!

The C-7 has the ability to replace ZWave devices.

Zigbee have factory set hard coded Node Numbers. They never change and thus once its paired to a hub, its identity is known. This allows it to be a "device previously known." to the hub, and get dropped right back into that known spot. However, Zigbee doesn't have a replace... if the device actually dies and you buy a replacement, the device will pair as a never-before-seen.

On the ZWave Details page devices is a stack of buttons for each device. Ideally you want the stack to be Refresh and Repair: 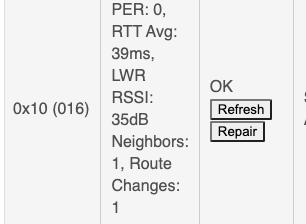 ZWave has a replace option and it can be used to reuse a node number. More steps though... 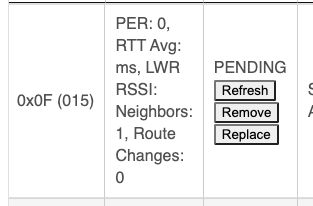 Just click the Replace button and the Hub goes into Replace mode. IT's 90% the same as an Include, but it reuses an existing Node Number [0x0F (015)] in this example case. The physical device is then put into Join and as if by magic, the Replace is complete.

For completeness, I'll remind the reader that Include only works with previously Excluded devices. If you are in fact, replacing an existing device with the same physical device, you need to externally factory reset it before starting the Replace process. I have an Aeon Z-Stick for that... it's not joined to any of my ZWave networks and thus when I put it in exclude mode and perform the necessary click dance on the physical device, the Z-Stick will blink to tell me it excluded. If my Z-Stick was dead, needing a charge, I'd just use one of my other hubs to be the hub to put into exclude and watch it say "unknown device excluded".

Adding to @Carl, there is no need to delete anything.

Your’s is a Zigbee device.

Simply reset and rediscover the device. HE will recognize it and rules and apps will continue to work as originally intended,

Flashing Red and disappearing from Hubitat is often a low battery for a Hue motion sensor.

Thank you all for your quick response, it wotked well!

I have had this happen a couple of times. Usually, I will remove the battery (or unplug it), then power it up again without doing a device reset. Then try to do a device search. If you are lucky, the device will be detected and added back to the system without having to mess with any of the rules, etc.

In msg#3 above I mentioned that the C-7 has the ability to do a ZWave Replace and I had a need to do this today on a device attached to a C-5.

While the method is different, requiring a ZStick and PC Controller software, I was able to successfully replace the dimmer device right back where it was originally.

I have 3 Hubitat Hubs with ZWave enabled and thus I have 3 ZWave networks. I have two ZSticks and of course, Murphy's Law demands that neither stick was on the needed network, so for me, step 1 was remove a stick from one mesh and add it into another. I do this all the time so it wasn't much effort to do.

Then I identified the disconnected device and in PC Controller, clicked the Is Failed? button. A few seconds later, the row for the device in PC Controller went red and I was ready to start the replace process. This particular device is on the far side of the house and after running back and forth twice I decided it would be faster to simply unmount the device from the wall box and bring it to my office desk. I powered the dimmer with a lamp cord and with everything close to hand, I clicked the Replace Failed button on PC Controller. It rechecks for failed and then told me to click the button on the dimmer... this is the part that was difficult when running down the hallway... and in one try, the dimmer was back in operation.

All that was left was to wire it back into the wall box, which is always an interesting game. Armed with a handy voltage checker, it went back better than it was before.

Question. Could this z-wave re-connect method be used to force a re-routing and/or new speed negotiation for a device? I have a couple of devices I have tried removing and re-joining to try to fix issues... The device works, just routing or speeds are jacked up. Its a pain to go through and re-add them to rules, groups, dashboards... I like the idea of using PC Controller outside of the hub to do this, but the question is, would it actually do any good?

I've watched the Replace activity on Zniffer and it looks a lot like an ordinary Include. That is, there's a lot of packets flying by. I never spent any time doing a packet by packet compare of Include vs Replace but the "feel" is the same. Therefore I'd say, yea, if Exclude/Include fixes a problem, then Replace does enough of the same to solve the same problem.

I have C7's but I was thinking about doing it in PC Controller....

But be aware that PC Controller is a low level "engineering" type tool. You have to click more, read more, to get it to work. Similar functions on the Hub will be more of a click and done. On the other hand, a S-none include of an S0 capable device can only be done via PC Controller, with it's many clicks by comparison.