Power of Hubitat Elevation meets the power of Android!

For Android users who may not be familiar with KWGT Kustom Widget Maker - it is a powerful widget creator that allows you to customize the screen of your mobile device.

The app allows you to retrieve and parse text, rss and other content from HTTP links. When used with Maker API directly, or in combination with other utility apps like Tasker or MacroDroid, KWGT can turn the screen of your mobile device into an awesome Hubitat dashboard.

I recently created a "master" widget with many widgets inside that are triggered by touch events to get quick insight of my Hubitat environment.

Here are some screenshots: 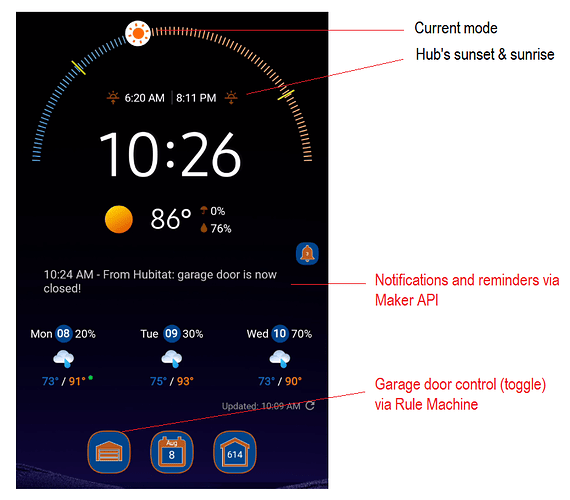 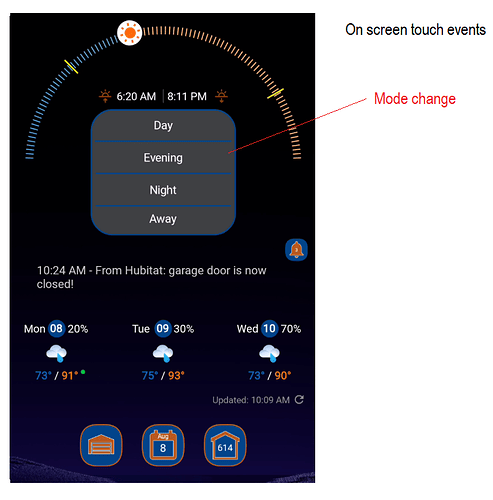 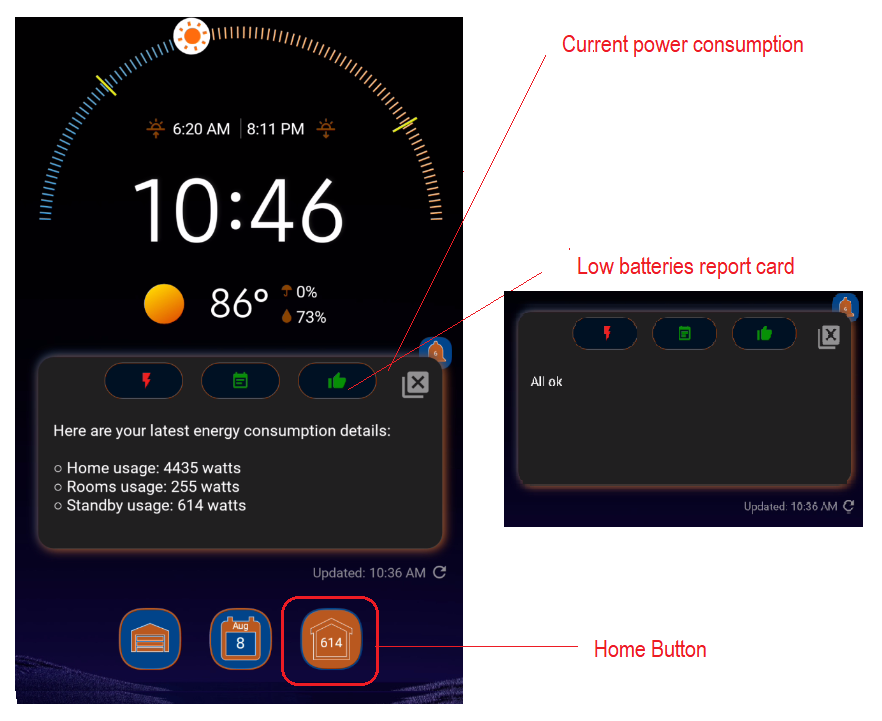 Here something I did awhile back using the same tools and a few others.

Hi everyone, I wanted to show my latest project. Utilizing several android apps / plugins / hubitat / HousePanel / rule machine / tasker / apps, I have created a very cool interface for my home automation on android. All the widgets shown are integrated right into the launcher - which is a very nice product all by itself. This is still very much a wip but I wanted to share so here is a small video. The app I used to record seems to have muddied thigns up a bit. Still lots of formatting to fix…

It has been on my wish list for a long time for someone to create a hubitat / tasker plugin.

(1) Granted KWGT looks pretty powerful and polished for the widgets it produces, but how would you say they compare to Tasker's built-in widget designer (which allows all manner of custom screens, buttons, etc.)? I ask this from the point-of-view that one less app is always better, IMHO. (If I were taking this to an extreme, I'd have to ask, "And did you try doing all that stuff just with Hubitat app's Dashboard capabilities?" I know... probably not as thrilling or catchy-looking, lol.)

(2) Considering the sheer number of URL's you had to import from Maker API just to create those Dashboard components, what did you find the most efficient way to copy-and-paste them (presumably from PC over to Android)?

(3) Would having a dedicated "Hubitat™ Tasker Plug-In" generally make development easier in this arena (i.e. by exposing all those Maker-enabled components, I presume)? Plug-ins are so nice due to the deeper two-way integration they allow with Tasker.

Fun project, and thanks for the inspiration!

Not familiar with Tasker capabilities. I haven't used it in probably 6 years. I used kwgt + Macrodroid instead of Tasker.

Kwgt allows you to save a formula and automatically insert it. You just have to change the device id. I've done most everything on the phone and a little using Link to Windows.

Plug-ins are so nice due to the deeper two-way integration they allow with Tasker.

Same concept applies to Macrodroid. I found the Macrodroid easier to work with than Tasker.

And did you try doing all that stuff just with Hubitat app's Dashboard capabilities?

I really like the convenience of having everything on the screen, without the need to open links or apps.

Nice! So you can quickly and easily just "swipe left" one or more times to reach a pre-populated "Home Screen" with all your widgets laid out for Hubitat, I presume. While Tasker does permit you to build/display similar screens, they are generally boxy and not as "fun" (you're right about its overall usability factor).

I'll definitely check this out! The power of the wall tablet in your hand.

Kwgt doesn't have animation capability. What doesn't fit on one screen is triggered by touch, no swipe (unless you make multiple widgets and swipe through screens). Everything I have is on one screen/Home page.

The power of kwgt comes from automation. You can display what matters when it matters right on the home page.

Is this something that could be exported and shared? I'd love to have something like this, and I'm comfortable tinkering to wire it up, but I don't think I could build something that polished from scratch.

Could you make a tutorial for this?

I'm an iOS guy, but these make me a bit Android jealous. Very cool Bobby!

Theres still time to move from the darkside

I'm aware this question probably doesn't belong here but you guys seem to know how widgets work. I'd like to do the exact opposite of what your doing but don't really understand how Android widgets work. Is it possible to get an Android widget into the Hubitat dashboard? Specifically I'm using the Joe Page dashboard as my phones UI locked in with fully kiosk app. Heres what the dashboard looks like on my phone.