Does anyone make outdoor safe smart outlets? I'd like to be able to use my system to control access to power...

If you are talking about plug-in varieties, there are a few. The Z-Wave Plus ones I have experience with are the:
GE 14284 (I also have some older Z-Wave models of these)
and
Minoston MP22Z

So far they have worked well for me without any trouble. I have 2 of the GEs and 4 of the Minoston. (I also have had 6 old GE models, one of which died after ~5 years, but all the rest are going fine.) The only real differences for me is that the Minoston are substantially smaller (which is a plus I think) and the GEs have a much more substantial plug to close off the outlet when not in use. The Minostons have made it through 1 winter season so far, while all the GEs (except the 1 old one) have made it through many.

I had an Inovelli one, but they have been discontinued.

You can use any in-wall duplex devices, IF you install them in a proper enclosure. Consider the typical outlet on a porch, it is protected from the environment by its box and, most importantly, by a weather resistant cover. If you intend to keep the item you want to control connected and powered during inclement weather, choose a cover that will expand to protect the plug while it is in the outlet. I use them outside like this without issue.

To build on what @wayne.pirtle said, if you want in-wall outlets, it is the box that matters most for the outdoor rating. Of course you also need to have a GFCI (or whatever locally required protection) in the circuit before the smart outlets also... since I have yet to see a single GFCI capable smart outlet.

As for actual smart in-wall outlets, my only variety there is a Swidget outlet with a Z-Wave module.

You folks are on the right track. I am looking to accomplish the following.

#1. Prevent unauthorized power usage by a particular neighbor that doesn't seem to mind trespassing and plugging PA speakers into MY house outlet closer to where he wants to set up. He's not being cheap, he's being lazy.
#2. Ability to power under soffit color changing LEDs. This is related to the next one.
#3. Add additional outlets / circuit that will power my now ridiculous amount of Holiday decorations, mostly converted to LEDs now but not all.

Bummer about #1 there. It would be nice if there were smart outlets that had the connection points for the next outlet in series on the "smart" side, then you could just have the whole chain on/off. Unfortunately I have never seen those.

What you could do is put one of those relay varieties in series somewhere inside and just shut off the whole set of outlets. Putting a smart outlet alone would not stop the neighbor because every one I have seen have an "always on" outlet in addition to the smart one... so they would probably just plug in to that one if the other did not work.

For #2 & #3, adding outlets does come in handy although you have to be sure of the amount of power they provide. I have a ton of Christmas decorations also (>20K LEDs on strings, 21 inflatables, plus other stuff) so I understand that one. What I ended up doing though was putting a few outlets to other areas of the house (when doing work in those areas) but mostly making sure they were on separate breakers. That way I knew the power was not going to be "too high" for any single area. After that I have my Z-Wave and ZigBee plug-in modules and in-line on/off modules actually do the control (with some GFCI units out there as well so if something trips only a section goes out).

FYI, for in-wall outlets, only one of the two receptacles is controlled. So your neighbor could always use the other one.

What you can do is use a regular outlet with an in-wall relay behind it (be aware that most of them are limited to 10A load). And if you break the hot bridge between the two receptacles then you can control them independently, if you use a dual-relay.

I have a couple outlets in my house configured like this. And the in-wall relay I use is the Enerwave dual-relay (linked below), which permits a load of 10A per relay. The outlets look like regular outlets from the outside, but have no power when the relay is off. I do have them marked as 10A load max.

#1. Prevent unauthorized power usage by a particular neighbor that doesn't seem to mind trespassing and plugging PA speakers into MY house outlet closer to where he wants to set up. He's not being cheap, he's being lazy

HE is the perfect mechanism to address this.

Other than this one annoying trait of his, he's a pretty decent neighbor. He just sets up in the yard, and instead of routing his extension cords 50' to where his outlets are behind the bushes, he routes 10' to mine...

I might have a fix for that though, and that is to just suggest he ask me and bribe me with a cold one before using it...

I might have a fix for that though, and that is to just suggest he ask me and bribe me with a cold one before using it...

An excellent thought and a reasonable solution. I'd go for it - if he's a decent neighbor, don't let what amounts to a few pennies come between you.

I wasn't aware of the one socket being smart, the other one being dumb issue. That kind of kills the purpose of this thought.

Either way they would need to carry a 15 amp load.

I have 6 open spaces in my main panel, I'd like to take my outdoor circouts off of the existing circuits and have them powered by their own breakers. One breaker for 2 outlets should suffice.

Have you ever thought of getting a smart breaker?

I believe there are companies out there with breaker panels that can be used with an app.

Never heard of a Smart Breaker. Would have to work with my Square D panel. My original panel was replaced after Hurricane Ike damaged it...

I know Schneider makes the Sqaure D but not sure if that one is smart or not.

Some companies make breakers CAN BE wirelessly controlled. The breakers themselves can be placed in a variety of panels just not sure if they would fit in a Square D panel. Then you could shut it off wirelessly.

There are "WiFi smart breakers" (just use that phrase to search) available, although some of them look a bit odd in my opinion and I would be a bit worried about it overall (combined with rather... basic... apps). There do not appear to be any Z-Wave or ZigBee breakers that I could readily find.

There are also some whole smart panel offerings out there. Leviton has one and there is one of these new companies "Snap" that seems to be offering one. I am sure there are others.

The Aeotec heavy duty might be a bit much unless you set up a whole secondary distribution system for your decorations. They handle 40A. However the unit itself is only IP44 so you would have to keep it pretty well protected to begin with. Have to love their picture showing a Tesla charger in the background... Those are meant to be installed with breakers up to 60A, although they CAN be put with lower ones.

Would have to work with my Square D panel

You’re probably thinking of the Leviton smart panel boards. They make “smart” breakers for their new plug on breaker panels that are WiFi enabled. They don’t allow you to remotely operate them. You can only monitor state and power use.

I'm talking about remote control breakers that can be shut off. Although, I'm not sure it helps out the op because he is saying he has multiple plugs and he only wants to shut off a couple of them. So if they're all on the same breaker that wouldn't work. 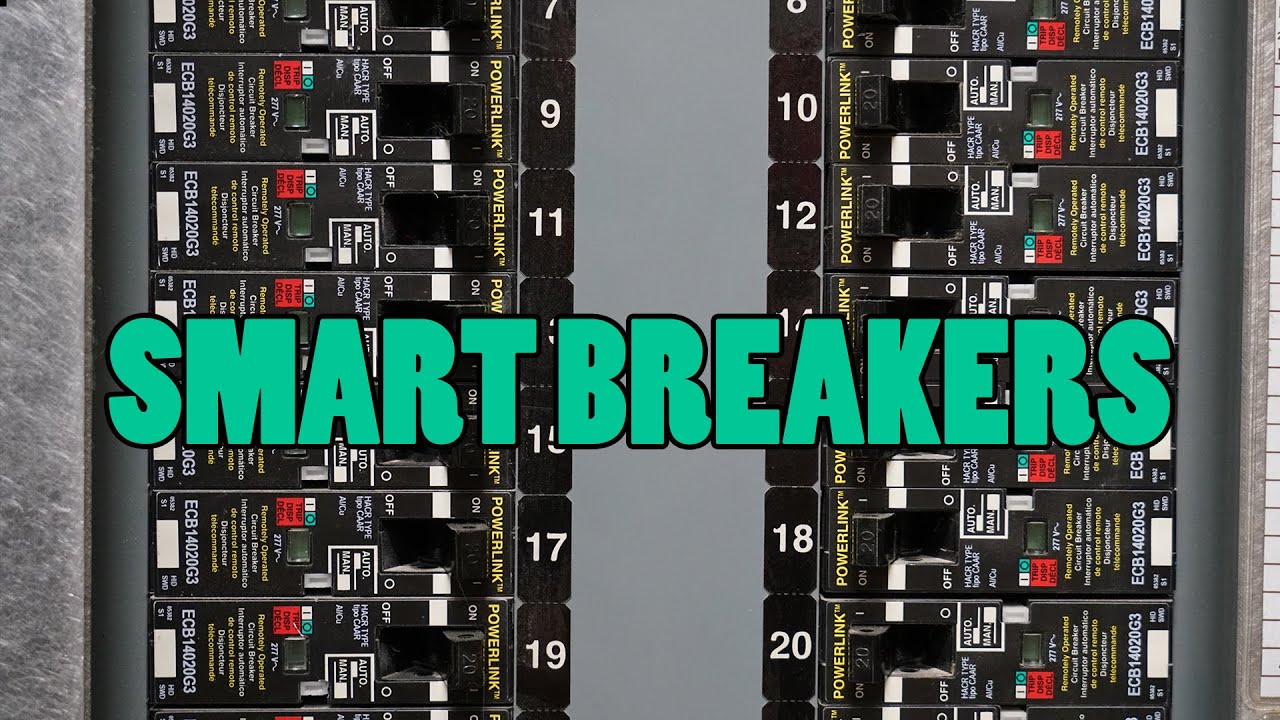