Haha - you know what, I bet there's a guacamole color too

Hey all
Can I get some help please? I got my Hubitat hub today and am trying to add my devices from ST.
I have seen post 1 and got a bit lost. So what Ive done:

Device name - 'Lounge Light' (as per the LIFX app). 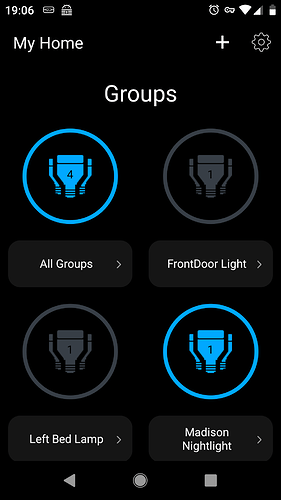 As @Navat604 mentioned, this app works with Lifx groups only. If you need to adjust a single bulb, you will need to create a group with only that bulb in it. Then reference the group name in the driver.

@Navat604 and @stephack DOH! Got it. Thank you both of you. Lol think I should get some sleep - it’s 3:20am here and clearly my brain has turned to mush lol

Update 11/27/18:
v2.0.20181029
See updated driver below. I am leaving the original sync driver in the original post for those that prefer it. I only have one Lifx bulb remaining that will soon be converted to hue so this will be my last update of this driver. I will do my best to fix any bugs but will not be adding any new features.

I originally ported this driver from ST and converted it from asynchronous to synchronous because HE did not support it in the early goings. Now that they do support async, I have reverted this driver back to that method and added a new setState() method. This was requested, tested and approved by @kilowatts so direct any questions his way...just kidding. Big Thank You to @kilowatts for taking the time to test this out for me.

So pretty much everything is the same except for the aforementioned async calls to the Lifx servers and the new setState() command.

Set State command's input value is a map. Managing 4 separate inputs in HE did not respond as expected, so I set this up as a map similar to how setColor works.

*All inputs are optional

Example 3:
To transition to off state over 1 minute
[power:off, duration:60]

Color options can be any Hex RGB code OR
Any of the "color name"s listed below (derived from CSS Color Module Level 4):

Thanks @stephack! We all need a bit of "lemon chiffon" and "blanched almond" in our lives.

Setting my lampposts on Christmas mode has never been easier. Three custom commands for setState():

And then just make a rule that executes them in sequence.

Hey @stephack. Thanks for the update.
Just curious - why are you switching all over to Hue away from LIFX? I’ve just started recently doing the reverse for large rooms as the LIFX bulbs go much brighter than Hue bulbs

Lol...the reason I bought Lifx initially was because of the extra lumens. At my old house the lifx bulbs were the only source of light for the entire living area. Hue bulbs were simply not bright enough. My existing house has an excess of lights. Lifx is more expensive per bulb and hue has better color reproduction. They also have local hub to hub support. Long story short, the benefits of Lifx no longer matter to me. The benefits of Hue do.

I can agree with all of that. LIFX has richer and brighter colors overall, but they are quite expensive. I'm stuck with them now though, so the best I can hope for is local LIFX integration with Hubitat.

Is that even possible for local integration? I thought everything goes via the cloud?

I can see how it would be confusing. 1.3.6 is the last update from the original author for the ST version. When you install the driver it will state a driver version on the driver detail page. It should be 2.0.20181029.
I had delayed releasing this for so long and wanted to get it off my to do list that I never added my usual notes at the top of the driver...and somehow listed the wrong version in my post above. It should actually be 2.0.20181029. I will update it now.

Is that even possible for local integration? I thought everything goes via the cloud?

See this thread: Lifx Local Control? It's possible! Notes here: https://lan.developer.lifx.com/ Thoughts on getting this into Hubitat?

To install create a Hubitat virtual device and use Lifx GOG as the driver. You can create an API token at https://cloud.lifx.com/settings or if you used this driver in ST, just copy that token over. Next type in the group name you want to control EXACTLY as it is displayed in the Lifx app.

Not quite following you here. I installed the Lifx GOG driver, got the API token. So where do I copy the token over to? You say "type in the group name you want to control EXACTLY as displayed in the LIFX appp". Where do I type in that name at?

I only have one Lifx bulb remaining that will soon be converted to hue so this will be my last update of this driver.

Are you saying that you are replacing your Lifx bulbs with Hue equivalent bulbs so that you prefer having the Hue hub as your connection into the Hubitat hub? Just trying to get my head around what I should be looking at with migrating my system over from ST which is a mix of 5 Hue and 4 Lifx bulbs and 7 GE Link bulbs. Dude I will get your Lifx bulbs off your hands and swap you my Hues

Are you saying that you are replacing your Lifx bulbs with Hue equivalent bulbs so that you prefer having the Hue hub as your connection into the Hubitat hub?

I was saying that....until a few days ago when the HE team announced UDP support. I'm hoping this means someone with more talent than myself can get Lifx Connected via the LAN protocol.

So where do I copy the token over to? You say "type in the group name you want to control EXACTLY as displayed in the LIFX appp". Where do I type in that name at?

By install I assume you mean you installed the driver. What you need to do next is go to the Devices page and click Add Virtual Device button. Then create a virtual device with whatever name and label you would like and choose the Lifx GOG as the driver. After you click save, it should present you with all the input boxes to enter you API key and group names. Enter them, click save and test.

Oh, UDP support at last? Must have missed the announcement.

you didn't miss it, it's actually old news but not well explained. @mike.maxwell mentioned it back in mid-september, offering developers some code. @chuck.schwer responded 3 days ago with some of that code.

UDP sending is available but there's some unclarity around that word that implies receiving doesn't exist. An App that sends a UDP message CAN get a reply. "replies" to the same port, get sent to an app's Parse method, is my understanding, and that Broadcast UDP is not available.

Thus a developer could presumably try their hand at Lifx or similar.

The implication is that sending has to be first.

As far as I can tell from the LIFX Lan Protocol docs everything starts with a UDP broadcast from the driver to the devices on the network so that should be fine.

so does lifx work now on hubitat with local commands? or is it pending ? thanks