But when I tried to get the temperatures from the shelly switch into influxdb it only detects 1 temperature: 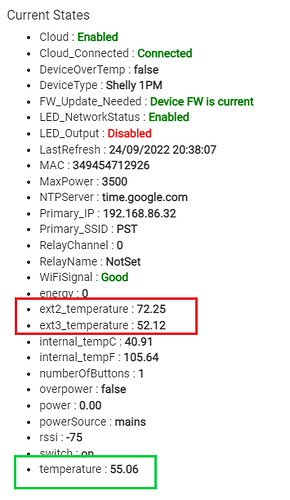 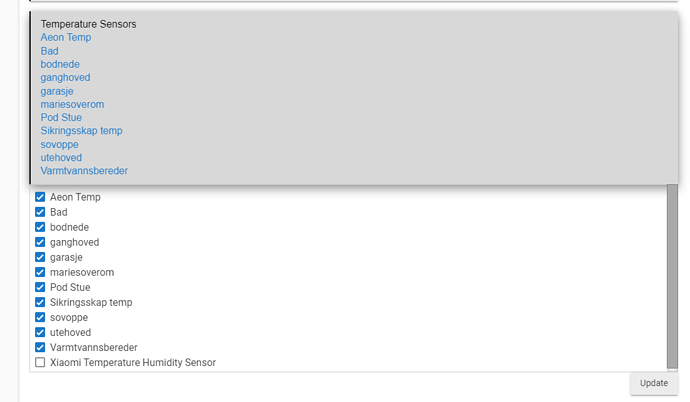 Any idea how I could get ext2/3 temperature also included?

Any idea how I could get ext2/3 temperature also included?

Hi, all. I wish to change the code to log motion activity as a boolean instead of a string. The reason being is that the database I use for all device data already has lots of motion activity and I really don't want to make a parallel database. Here is an example of what is in my database now > select * from motion where time > now()-1h name: motion time deviceId deviceName groupId groupName hubId hubName locationId locationName type unit value ---- …

I think you'll need to add the other temp readings similar to the one that the Logger is doing correctly for you now. But you'll have to put them inside a test for the specific Shelly device because all the other devices won't have them. I strongly suspect there is a better way because I'm not a HE/groovy programmer.

I think it would be cleaner to use node-red then you could get the Shelly temps with a Device node from HE Nodes for NR and write them to your InfluxDB with the InfluxDB Out node.