I referenced this rule in This thread. Thought I would post it as well, just for fun.

I originally set it up just for fun but it turns out it is a lot more useful than I thought it would be.

It's long but fairly simple. It runs when the operating state or fan mode of the thermostat changes. Then it just runs through a list of all the possible operating states and changes the LED color to indicate the state.

The only other thing that it does use the notifications on the red series switches, mostly just for fun. Instead of just turning the LED red for heat, for example, it pulses red. (I found I needed the delay to make sure the color got changed before the notification switched on.) This only lasts until the switch is used, it then goes to the appropriate color. (I presume there would be a way to make the notification stay on, even if the switch is used, but since I just did that part for a bit of fun, I've never worried about that.)
Cheers 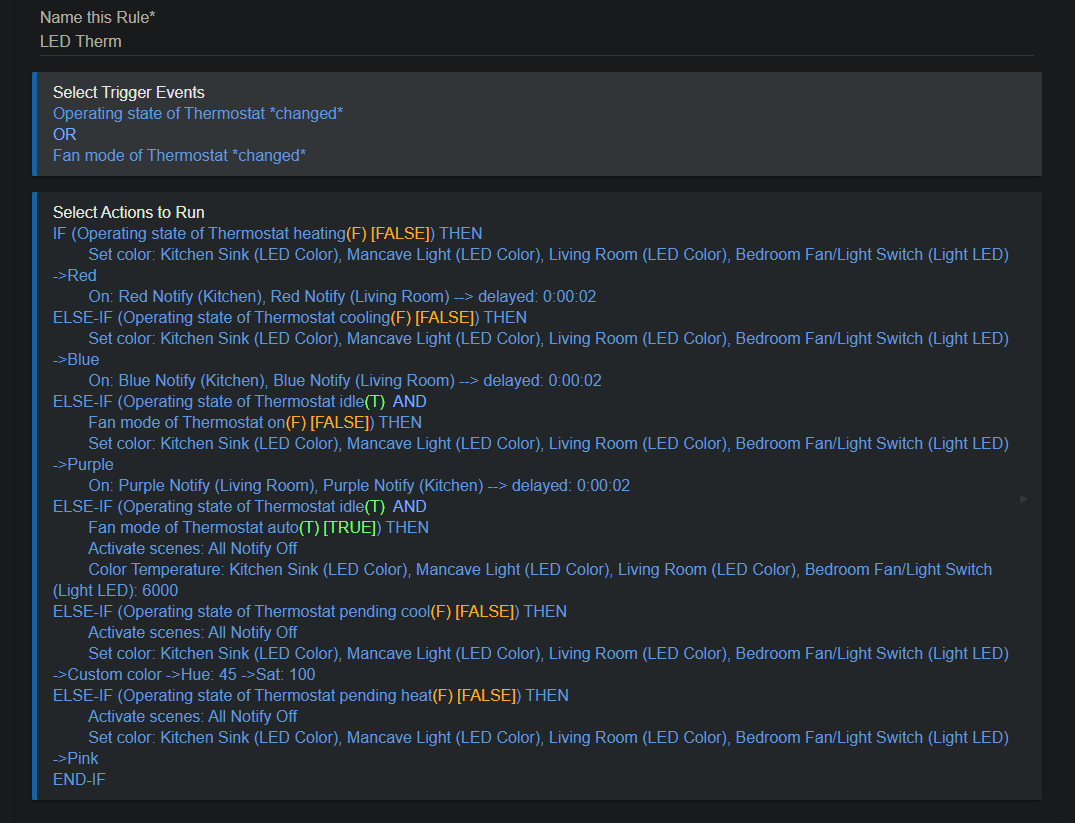