These xiaomi devices do take a bit of care to set up for sure. However it's been 3 months since I rebuilt my mesh (setting optimal channels etc) and only 1 dropout from an aqara motion sensor which was connected to a repeater with a low LQI.

Yeah I’m going to put one of the ST multi-sensors on my Mains Powerboard door.
Just cause I can.

I just got my Hubitat on Friday, loving it so far, moved all my sensors off ST, just picked up a few Zigbee repeaters from Ikea, they seem to be working well.

I'll let you know how it goes after its installed.

(Also how did you all get those Aussie flags on your profile pictures?)

Smartthings has just started being sold in NZ. JB Hifi doesn’t have anything Smartthings but Noelleemings does. However, they don’t have the water leak sensor. Neither does Samsung NZ. I cannot find anywhere that has the Smartthings sensor that will ship to NZ either. Being this far away from the rest of the world is both a blessing and a curse.

I know this is a lot to ask for, but would one of you fine fellas be prepared to get a few of these sensors for me and send them to me?

You should be able to join the Australia/NZ group here.

The Nue switches have built in drivers so you shouldn't have issues with them.

This might be of interest to someone here. Recently I purchased some of these Bunnings 1gang switches, they come in 1gang, 2gang, 3gang, 4gang, PowerPoints the lot. When I opened the packet I was pretty impressed with the overall quality, the button is nice as well. You can turn the white side led off if you like so nothing is presented in dark rooms and the centre blue led is tied to the relay when it's on only so again not an issue in a dark room when off.

Anyways I flashed these with Tasmota using Tuya Convert. You can watch the entire video here on how to do that it's well detailed. In relation to HE support you can find the drivers for them here.

The problem I have had with the Nue switches is that it took 2 different sparkies to get them installed. The first one installed a switch and thought the design wasn't safe. He reluctantly installed it, but then when he went to install it, he flat out refused to do it. Didn't like how exposed the metal of the sockets were when the face plate was removed. Then when I got the 2nd sparkie here, he didn't like them either, and was able to pull the face plate off some of the GPOs without the use of a screwdriver. His solution was to silicon them on. This created a problem when I needed to remove them to add them to the network - needed access to the reset button. Other than that, they seem to be working fine.

The switches especially have been great. I now finally have the bathroom exhaust fans come on as soon as the hot water from the shower starts, and turn off automatically. Bit thanks to the Smart Humidity Fan app from @napalmcsr.

Has anyone managed to get Lucci Connect Beacon Lighting sells for ceiling fans working in HE?

I have a ceiling fan with this setup, but the only integration I can get working is Alexa, IFTTT doesn't have the actions for fans.

Grabbed more of the ST sensors today aswell. Have a heap of Xiaomi one's that worked great with their hub but lately atleast one a week has been dropping off and annoying the crap out of me so have decided to ditch most of them. I'm also using the Nue switches and they've been fine and the faceplate is pretty hard to remove in my opinion.

he flat out refused to do it. Didn't like how exposed the metal of the sockets were when the face plate was removed.

That's interesting I just had a look at one I haven't got installed and the only way you could actually touch the pins without breaking the pcb is with a screwdriver.

he didn't like them either, and was able to pull the face plate off some of the GPOs without the use of a screwdriver.

I tried this out as well and you can defiantly do this with a lot of force when it's not installed but I can't get the same grip to do this when they are on the wall.

Looks like you can flash Tasmota on them with tuya convert.
There is a fork of Tasmota modified to work with HE here.

That's interesting I just had a look at one I haven't got installed and the only way you could actually touch the pins without breaking the pcb is with a screwdriver.

Do you mean once the faceplate is removed you can't see the pins? If so, would you mind posting a photo? I wonder if the design has been changed??

I tried this out as well and you can defiantly do this with a lot of force when it's not installed but I can't get the same grip to do this when they are on the wall.

Once installed, some he was able to pull off relatively easily, some took a fair bit of force, and at least one he couldn't pull off. Not sure if it's a quality control issue, but it certainly wasn't ideal given how exposed the GPOs are with the faceplate off.

Ive never flashed a device before or done this, what are the high level steps?

looking at these, but are these only wifi? not sure if i can do 20+ wifi switches/plugs

If your talking about the Bunnings switches then yes they are WiFi only. You can run heaps of WiFi devices so long as you have a solid Wifi platform, I use Ubiquiti which is very capable of running plenty of WiFi devices comfortably.

You can still see the pins but they are 6mm below the PCB so you can't touch them without sticking something small enough in the cutouts.

Mine has a significantly different design... You can see in yours that the pins are much less exposed. 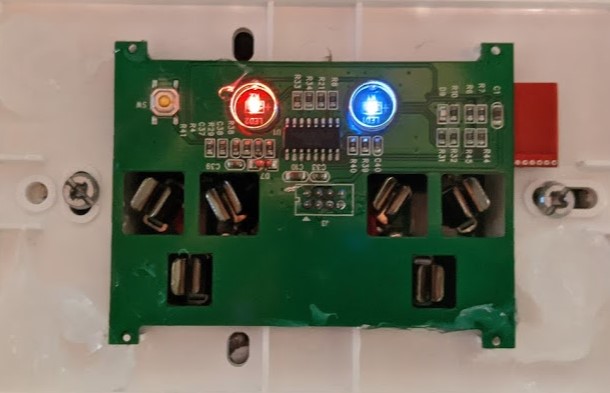 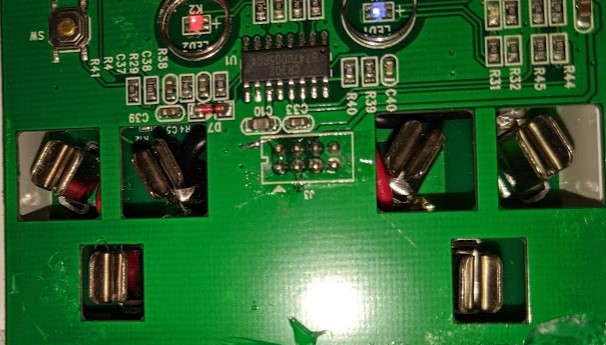 I can see the the electrician's point and why they changed the design. I'd hate to think what would happen if a kid got the face plate off.

Yeah, that was their point. It really was a dodgy design I am stuck with from A3 Smart Home.