I just read a recent inquiry posted under "Get Help - Devices" about this device and was replying to @walksonair - then discovered the thread had been closed a few days later. The device is still active and the issue is current so I am opening a new thread to respond to this closed thread.

. (The reply grew to include more so may be better under Lounge)

I have an FLS100+ G2 on a C5 Hub using the Hubitat Built in Driver “Homeseer Sensor G2.” It is located outside on a brick wall in Canada under a canvas awning in the summer with a metal frame.

I have been running it since it became available. There are a few items I have discovered that are important for it to operate dependably:

Months later, I moved the Hub further away again temporarily to troubleshoot a Leviton switch (firmware 1.18 issue) and an Aeotec Siren 6 (Hubitat driver issue – future trouble report) and the FLS100+ G2 developed a few intermittent problems, but I thought nothing of it and did not connect the dots. I would turn the power off and back on and it seemed to start working. I moved the Hub back to the family room and the performance had been solid for well over a year.

I had forgot about this until last month when I moved the Hub back to the office again (because I lost the argument that the Hub added a high tech look to the family room coffee table.) I had since added an Aeotec Range Extender 7 as a dedicated repeater, but not as close to the FLS100+ G2 as the Hub had been. Very soon after the move, the FLS100+ G2 went haywire again exactly as it had previously. After a year of proper operation, the timing was too coincidental and the evidence was pointing to changes in the Z-Wave network configuration. I moved the Aeotec repeater closer to the FLS100+G2 (20 feet), placed the Hub in a better position to reach the repeater, removed a ghost related to a Leviton switch (big improvement), updated Leviton switch firmware, and repaired the network. I checked a Z-Wave network map and the FLS100+ G2 is now showing good health with connection to the repeater. I turned the FLS100+ G2 off and then back on and it has been working perfectly again for over a month. It would seem that the FLS100+ G2 needs a strong Z-Wave network and signal or else the Sensor Time and Lux settings will intermittently perform erratically (regardless of dials on unit). I am considering additional units, keeping in mind the location and Z-Wave network required to reach the outdoor device. (I also have a few Outdoor (sort of) Zooz ZSE29 sensors outside on battery that work fine, but they may be in a better location. The FLS100+ G2 is readily connected to AC power, replaces existing sensors, and also acts as a Z-Wave switch for the floodlight.)

However, if power goes out when motion was active such as during a storm - then when the power is turned back on the motion sensor remains latched in the former "ON"state and Hubitat will continue to report that the motion sensor is active until it is physically initialized/reset through activity (this happens only if motion was active when power went out). At a set time period after physical initializing motion i.e. walking in front of it (time depends on PIR time settings – did not verify) the dashboard will show inactive and start to report correctly. There is no battery backup so motion will not be reported while power is off. If the FLS100+ G2 is frozen on “motion active” it may just need physical motion to reset it. This could be inconvenient if you are miles away and you had to wait for a racoon or a delivery to reset it, but it has not been a 'show stopper' at home and it is a rare occurrence. 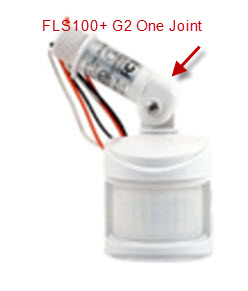 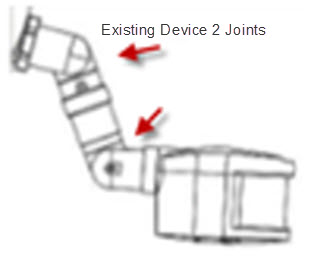 In summary, the Z-Wave network needs to be stable and strong to avoid issues and for settings to work. Even if nearby indoor devices work, the network may need to be stronger for the outdoor FLS100+ G2 location.