Feature requests for the next hub

A couple of suggestions for when you plan the next version of the hub,

Some examples of in-wall

Access Point In-Wall HD – Ubiquiti Inc.
Like any other switch or outlet, but, a blank face with the logo

For me it would be:

Would not mind paying a little extra to have these features present in a next version of the hub.

You can use a POE splitter. They work well.

Out of those I'm thinking the External Antenna is the most interesting. I would also like to see an upgraded Zigbee chip... (802.15.4?) and maybe Z-Wave 800 series..

Of course if wishes were horses....

May not be ideal for low energy radios.

I would love to have:

Given any hardware changes at the manufacturing level would likely need re FCC certified, that could get quite expensive. Also there is current supply chain to think of as well. Not to mention the initial engineering cost.

Yep an experience they are well aware of I'm sure.. hopefully the sales etc are good enough to warrant/risk such an upgrade though.

Even if things like Matter/Green Power/etc are not immediately useful building this in now can future proof things enough so you won't have to do it again for a while.

Also you probably want to get ahead of any supply chain issues by getting your orders in well in advance and not wait...

This is pure speculation on my part of course - fun to think about.. Also not expecting a new hub anytime soon anyway.

Even if things like Matter/Green Power/etc are not immediately useful building this in now can future proof things enough so you won't have to do it again for a while.

Matter isn't even ratified yet...(Though thread is :P) Hard to future proof when everything is up in the air.

But the hardware capable of supporting it is right? I mean technically newer Zigbee chips? The rest is just software implementation. I am not experienced enough in this to speak intelligently - loudly sure but not intelligently

Honestly I'm not sure either, but again, if the chip is upgraded then the certifications process has to be done on everything again.

Matter is software. Thread is hardware. Most newer Zigbee chipsets can -in theory- be flashed over to Thread. I believe the C7 has older Zigbee chipsets. Not sure if any chipsets support simultaneous Zigbee and Thread. Thread stuff is already shipping for Apple HomeKit. There were several more products announced at CES.

Zigbee/Thread chipsets seems to be OK for supply. Z-Wave 800 not so much.

Hey great question! I think @jrperry, @stu1811 and @kendrosg nailed most of the reasons and know more than me about the intricacies of Home Assistant so definitely take their comments with open arms. I’ll give you my perspective if that’s ok –...

You're talking about hardware feature requests, right? Like in this earlier thread of wish-list items for a new version of the hub?

Keyhole cutouts on the bottom to allow easy mounting.

Hi All, Disclaimer: looked through the FAQ and didn't see anything related to offering items for sale. So if I missed something, please let me know and if the threads needs to be taken down because of that, I will understand. I am coming slowly over from ST to Hubitat, I purchased the C7 back when they became available again in 2020. One thing I noticed was there wasn't a wall mount option available for this hub. Then I got the Lutron Caseta Pro Hub and it too did not have any commercially ava… 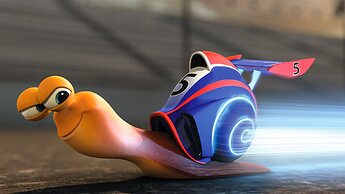 I know you didn't request this yourself, but in my experience the hub is really fast. Here's an example of one of my automations that uses three hubs on the same gigabit network switch:

Here's how fast the automation runs ...

So despite involving 3 hubs (admittedly on the same switch), it takes just ~150 milliseconds from motion being detected to the light being on.

For me, walking into the room, it just seems instantaneous. How much faster would you want this to be?

Not to feel left out: RTC