[Example] RL Bath Motion with Exhaust Fan and Preset Off

This is an automation based around the new Room Lighting App

This setup seems complicated but when you break it down its not that bad.
I wanted motion activated lights, but also not to leave someone in the shower in the dark.
I also wanted to have the lights be dim at night and full during the day.
Then I added the Preset Off with a transition just because, so that part is optional.

I also have the bath fan automated with an app, or control it manually. This is what I am using: [APP] Smarter Humidity Fan *FORK for Testing* 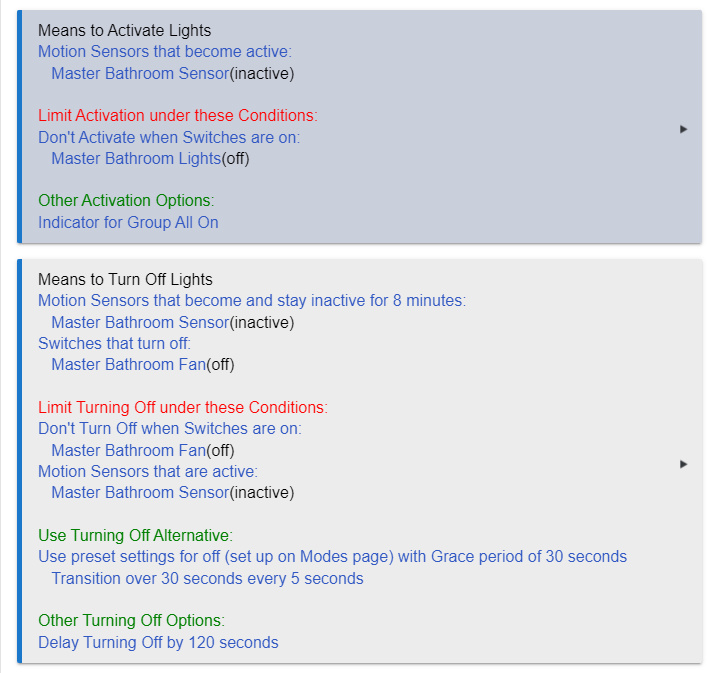 Means to Turn Off:
Turn off with motion - give a good enough delay so if someone if out of range of the motion (shower) there is enough time for them to be done or the fan will be automatically engaged.
Turn off with Fan - thought here was if the automated fan runs longer than the motion time out the light would be stuck on, so this is the backup to kill the light

Limits - Prevents lights from turning off if fan is on (in shower), or if motion active (in case fan is turned off while someone is in there still).

Of Alternative - This is optional but you can add a fancy fade out and pause before the lights go out to warn someone they need to wave at the motion sensor before they are in the dark!

Delay of 120s - This is on top of the 8 mins for motion but also gives a 2 min delay from the fan turning off before it will shut the lights off.

Preset Off / Mode Lights:
Ideally you could use the mode lights here if your modes are setup better than mine currently are. I have both of these set the same because during the day the lights ramp up with a RM rule (this is where modes would be better). Currently the Off transition jumps straight to the activation level and starts from there instead of the current level, but the devs are checking into a solution for that in a future update. 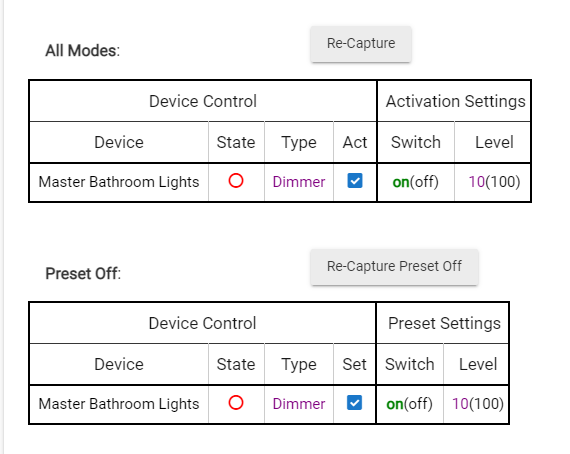 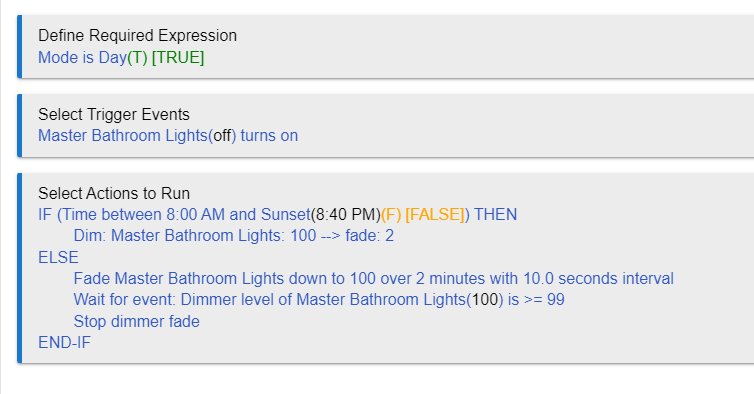 This can be really simple or you can do different things depending on times (ideally could be done with modes right in the RL app instead of RM). I have added a gradual fade up before 8AM, otherwise it goes straight to 100%.

Upgraded with per modes setup. 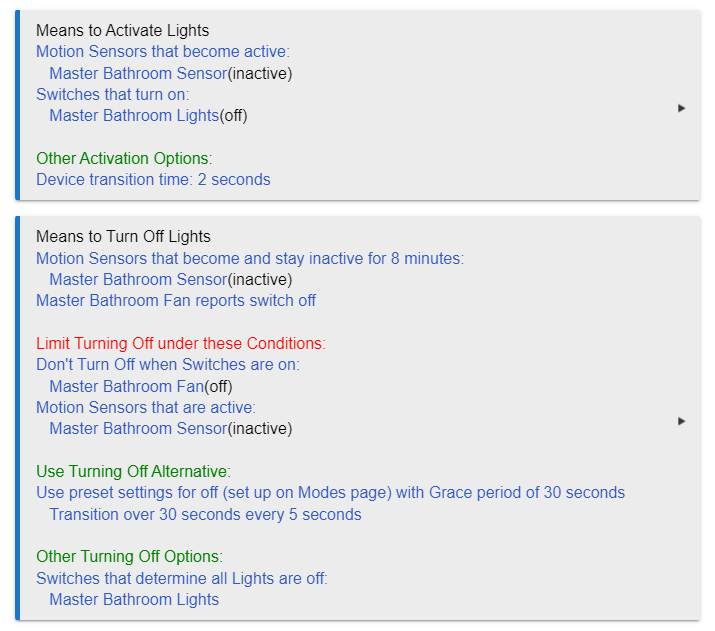 Per Mode Settings (Day and Morning not shown) 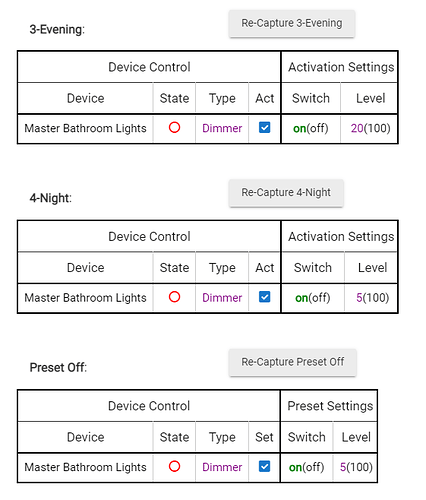 Updated (simplified) rule, it is only needed for the fade-up for the Morning mode now