Energy monitors - what are my options?

I've been reading around the forums but most stuff seems to be US focused.

I'm after a couple of plug-in energy monitors that I can move around the house and switch across various appliances, and then have the data feed back to Hubitat.

I've already got a couple of Innr "Smart sockets" which (in theory at least) should be able to send back power usage data, but I'm not seeing it show up in the UI,

I'm in the process of switching over the wall sockets to the Aurora AOne devices, but they're not cheap, and once they're installed they can't really be moved around (I've also got a few devices that are on "single sockets", and I can't see a single-socket version)

Watching this with interest 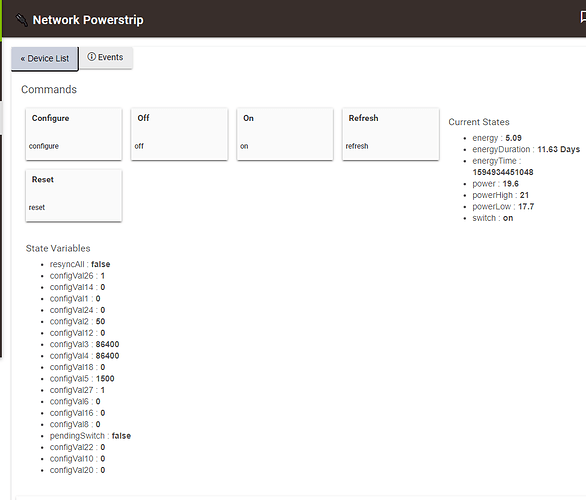 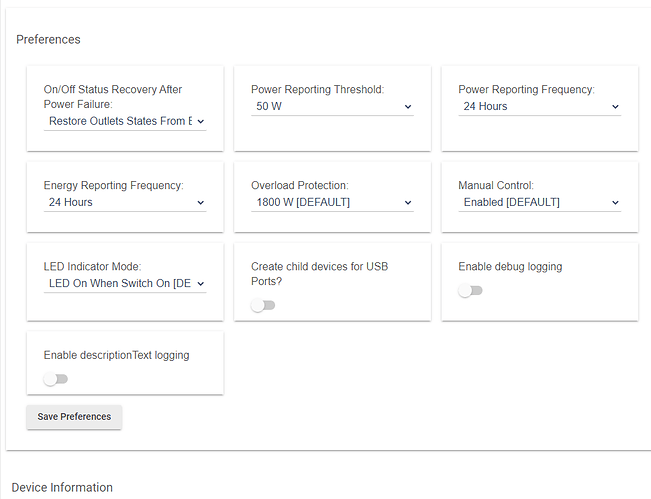 As for feeding the data into Hubitat, did you have a particular app you had in mind? InfluxDB and Grafana or Hubigraphs?

I'm also running GitHub - unifi-poller/unifi-poller: Application: Collect ALL UniFi Controller, Site, Device & Client Data - Export to InfluxDB or Prometheus with a view to put together a dashboard that has data from Unifi, Hubitat, and other devices around the house all in one place.

I installed Hubigraphs, but the influx setup works better for me, so I'll probably drop Hubigraphs and move wholesale to Influx

Yeah, I saw those, but my understanding is that they're for the consumer unit to monitor all the feeds in the house, rather than on an individual plug socket level?

Are you looking to monitor large appliances or something like a lamp?

With large appliances it can be difficult to find plugs that can handle the load without bursting into flames and burning your house down. I'd look for passing electrical certifications before considering one for a large appliance.

Ideally both, some of the kit is things like TV's etc, others are microwave ovens, dish-washers etc.

I'd not thought about the issues of loading a plug like this though, that does make sense...!

The Bosch one boasts that it can handle large appliances, but it does require its own hub. Well, it says it does. Dunno if there is a way around that.

Have you looked at TP-Link's Kasa plugs?
https://www.tp-link.com/uk/home-networking/smart-plug/hs110/

There is a community based driver for them and I use the maker api and an Influxdb integration to send my readings out to Grafana.

Have you looked at TP-Link's Kasa plugs?

I had these and they all went in the bin - kept overheating and one got so bad it even damaged the wall outlet. Also one time one switched itself on for apparently no reason and had an expensive heater running in a room we rarely use for probably more than a day. Also their metering was up the creek, one of the plugs kept telling me it was running at 3kw several hours a day even when nothing was plugged in! Besides, aren't they cloud-dependent for almost everything but preset-schedule?

Wow, I can't say I've had any problems like that, the most I've had is they don't get back on the network that well when I restart the router. I don't run too much off them to be fair, the most intensive ones are probably the dishwasher and washing machine, but still haven't had any issues like you described.

I've had one of the TP-Link plugs start smoking and I unplugged it before it caught fire but it was close to ignition temp when I grabbed it. The plastic was squishy when I grabbed it. There was some scorch marks on the receptacle also. It's worth mentioning that I had a UPS that had a 85" QLED TV, Playstation, BluRay, and an AP plugged into it. That's why I prefer the clamp meters now. I do have the zooz power strip and it seems to be doing fine but I don't have much load on it. It's mostly just my network equipment.

If you don’t overload them, the smartThings sockets measure power and work well

I replaced the Kasa ones with SmartThings and have had no overheating problems at all - with the same appliances plugged in!

Thanks all, food for thought.

I'm trying to avoid any of the home automation power management devices (sockets, switches, smart plugs etc) being on the WiFi if I can, I'll check out the Smarthings plugs.

Bit late, but I can recommend the Salus SP600. You need to use the community driver for power reporting at the moment, but it's officially supported and the reporting should be fixed. I'm writing my own driver for it as well, just for the heck of it (and for presence detection).

They crop up on eBay occasionally for reasonable prices. Got one for £15 and one for £10 recently, but they're always there for normal sale at £25-30 if you're in a rush.

Oh! You could also use the AlertMe SPG100 smart plugs if you can find them. The driver I did can read the usage in Wh as well as the current power in watts, they'll do the accrual and can be reset to zero without having to pair again (just hold the button on the top until they reboot). They're battery-backed repeaters too, though you'll likely need to change the rechargeables. 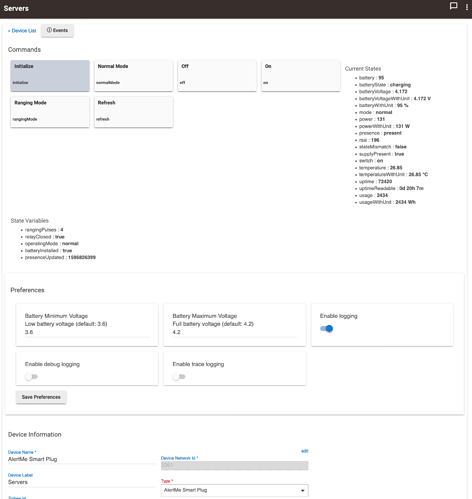 With this on my mind, the AlertMe Smart Plug driver (development version for the moment) supports the EnergyMeter capability properly now and reports usage in kWh. 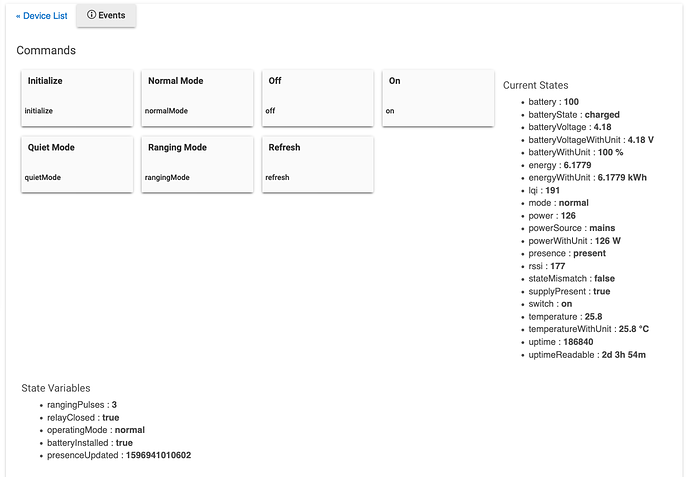