Hi friends. I'm doing some auxiliary water filter/coffee type plumbing setups. Recently I was spoiled to buy 10 packs of compatible contact sensors for like $45 or something so I've got them everywhere! What I wouldn't give to find a comparable deal for leak sensors. Any leads?

If you have a xiaomi compatible setup, I purchased 5 Aqara leak sensors for $36 from AliExpress back in April/May.

I tried xaomi contact sensors a while back and could never keep them linked to my hub for very long, so I'm hesitant to go that route

5 Aqara leak sensors for $36 from AliExpress

A link please? I'm only finding them for $12 each.

I have been using the Smart Things water leak sensor... about $20. They seem to have disappeared from the market. Anyone got any suggestions for something that will connect directly to HE without another hub in the mix in more or less the same price range?

These are standard ZHA 1.2 and work with SmartThings and Home Assistant. So the odds are high they can be made to work with Hubitat - may require porting the SmartThings DTH.

5 Aqara leak sensors for $36 from AliExpress

A link please? I'm only finding them for $12 each.

Still, a link to what you bought would be helpful. 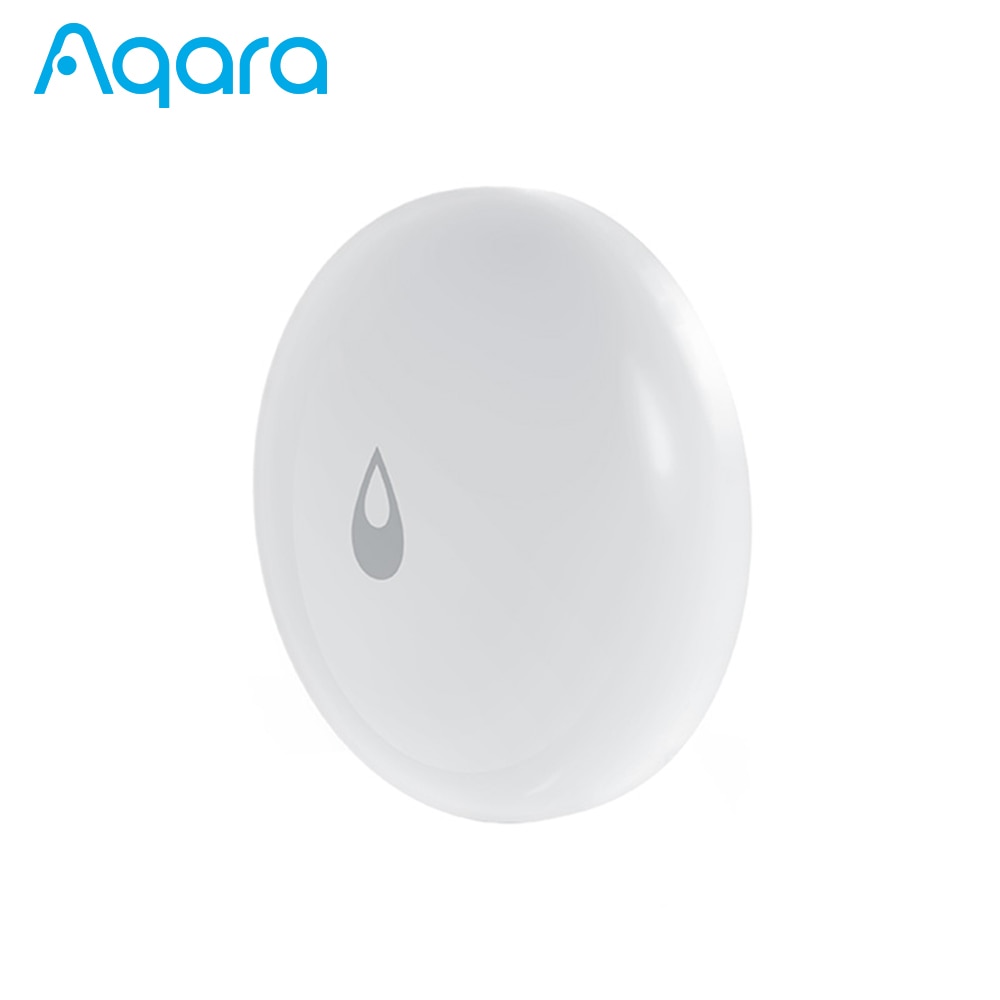 Which zigbee main shutoff valve do you recommend?

I've had a LeakSmart for about 5 years. It's been flawless with Hubitat.

I just bought 15 Utilitech water sensors for $13.99 apiece here. They are in great shape. I've installed 6 of them so far; no problems pairing (if you do, removing batteries, 3 AA, is key). They have a 10' cord. Accessing the screw to change batteries could be a bear if the sensor was mounted low. They look good. They say a year battery life, but I don't have any definitive info on that.

I have about 8 of those Aqara sensors. They repeatedly stop communicating, and require you to re-pair them to get the talking again. Frankly, they suck. I have other Aqara stuff that works well, but these things are frustrating. It's too bad, because they are cheap and super convenient to just throw in various places.

I also have some Utilitech sensors. But they are Z-wave and I'm trying to move away from anything Z-wave. Once I get the rest of my Z-wave switches replaced, I am probably going to have connectivity problems to some of the Utilitech sensors. I have a couple that were joined to another hub and for the life of me cannot get them reset or get them to join the Hubitat. Also, the Utilitech sensors sometimes don't check in for days, even though the battery is just fine.

Anyone know of a decent zigbee water sensor that won't stop communicating like the Aqara?

I'm on the hunt as well.
I've very happy with my SmartThings Leak sensors, but they are not available anymore from Amazon nor Samsung.

I have the dome leak sensors which I also like, but they are expensive.

Has anyone found any other leak sensors they like?

No! I have searched far and wide for the ST sensors too. I suspect the sudden absence of those and the motion sensors (which I also really like) is a result of their decision to focus on software and service rather than hardware.

It looks like that the SmartThings Hardware (all made by Samjin IOT) have been moved/sold/taken over by Aeotech. See: Samsung+Aeotech announcement.

I really really hope this means Aeotech maintains the Samjin hardware/sensors, and doesn't replace them all with their z-wave only devices. I "assume" that is the case as that hub is very zigbee heavy, and honestly that's important to maintain compatibility with the route Alex has gone.

I honestly don't care about zwave v.s. zigbee as my two meshes are solid, but I personally think the Samjin sensors are the best sensor hardware and reliability out there.

I like Aeotec sensors but they don't have the simple elegance (and low price) of the Samjin devices... I wonder if Samjin will start selling their own?

I'm also in search of water sensors after not finding the Samsung sensors available. I was looking at the Dome sensor but I read some poor reviews in other thread posts. @SoundersDude, have you had any problems with them dropping off or resetting after they were wet?

I'm hoping that there might be some sales around Black Friday (possibly at The Smartest House).

have you had any problems with them dropping off or resetting after they were wet?

I haven't had them resetting after wet, but to be honest they've only gotten wet a few times. Once for real with a real leak and the others me just testing.

So given my needs, I do recommend them, just not the price. I'm happier with the SmartThings ones even though they churn through batteries much faster.

The issue I did once have is them just completely dropping off of my network and i had no idea.
I then realized the issues was the same issue I've had with other sensors (even more door lock) where sometimes you never get a battery is low alert.

Something like reporting 80% batter for 9 months straight then boom, dead.

To solve for that (and other sensors), I run @bptworld's awesome Device Watchdog app in "activity mode" which runs every morning at 1:30am for me and tells me if a device has not reported back to the hub within the last 2 days (48 hours).

I've found numerous sensors I thought were humming along nicely, no longer connected due to battery (or rarely, lost off of my meshes).