I'm new to the Hubitat game and looking for some advice on Motion sensors. I've read through the forums and have gotten some great advice from this thread in particular. ("Where to buy in Canada"). I hoped to round out this knowledge with a few peoples opinions. Also, my system is essentially a blank slate and I'd like to make a good decision now to try and stick to a consistent brand for sensors.

My first question is regarding when people use motion vs motion/lux. I'd like to put in some rules regarding when motion sensors should actually trigger lights. I presume if people don't use Lux levels they just base this on time of day? Are there other criteria people use to decide whether to trigger the lights or not. I presume that it's superior to use a Motion/Lux combo sensor in each room to base light activation on actual light levels and not just on time of day. Where do people use plan motion sensors?

Secondly, looking at actual products. Other threads suggested Aartech.ca as a good source. After reviewing their website for compatible products I came up with the below list. I wondered if people had any recommendations or big issues with the listed brands. These prices seem fair?

Two Products that were often mentioned in the forums but I struggled to find from a Canadian source were the Xaomi (Now Aqara?) and Iris motion sensors. If I'm interpreting correctly these are both lower end sensors that I should avoid? Also, neither of these have Lux sensors and therefore would be less appropriate?

Finally, tons of posts suggested finding cheaper pricing on Amazon.ca but I really struggled to find anything more than a few dollars cheaper there. Given issues with returns etc, if it's only a few bucks I'd rather support an independent store. Are others finding better deals than this?

Thanks for the advice

I can’t help with sourcing the sensors, in not in CA... however I will say iris v2 and v3 sensors work great.

For the how to I think you will find everyone has there own options. I use modes as a house state (Home, Away, pre-sleep, Sleep and Housekeeper). Then I have I 1 lux sensor handle the Dark/not Dark setting for the house and use that to make changes to the motion lighting. Some rooms come on no matter what the dark status is...others only when it’s dark and a particular mode is set.

Although some people would disagree, in my personal opinion, the ONLY type of sensor to use for motion lighting is a Zigbee one. They are the only ones that are fast enough to register as you walk into a room.
If you are looking for a Zigbee motion sensor that's compact and inexpensive, you will do very well if you get a Tuya Zigbee sensor from aliexpress.com:
Tuya ZigBee PIR Sensor IFTTT Battery Powered Smart Wireless WIFI PIR Motion Sensor Detector Home Alarm System ZigBee PIR Sensor|Sensor & Detector| - AliExpress
In addition, I'd like to point out that i've ordered many times from alieexpress, but I've never paid duty, etc.

My only z-wave sensors are ring motion sensors, which are painfully slow. I ended up putting them outside and unfortunately they haven’t died yet. I really like my Hue motion sensors which are cheapest on Costco’s website (don’t know about Canada). Motion sensor automations are really much better when using multiple sensors. I tried using only one per room when I started, and it wasn’t a smooth experience.

Thank you for the response. The AAA batteries would be a very nice plus. You've mentioned Lux and Temp but the link you've referred to shows Motion and Ambient Light Sensor (ALS) and no mention of Temp. Is ALS the same as the Lux meter? Is it a different model that does temperature as well? The ad also states it needs a hue hub, I presume this isn't true if you are using it with Hubitat? Finally, I can't see if this is z-wave or zigbee, or perhaps it's proprietary?

Thank you for the response. The multiple sensors in a room is something I hadn't considered but am seeing more and more often as I read various topics in the forums. I'll need to keep this in mind as I slowly implement things.

Note - although they are adjustable sensitivity, they are too sensitive if you have pets (even on the least sensitive setting my cats set it off all the time). 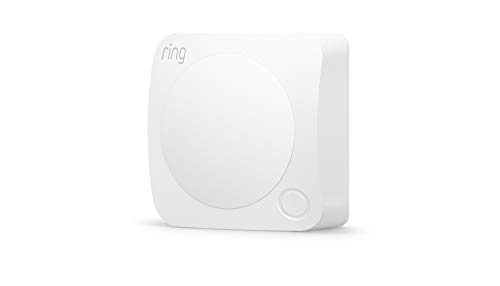 I'm not sure if they still sell them but I bought lots of smartthings sensors at Lowes in Ontario.

The Fibaro ZW5 is pretty good and are only a fraction slower than my zigbee motion sensors.

There are still some Iris third gens on Ebay... The 2nd gens are long gone. I got lucky, got 30 of them for $150 when the 10 packs were out there. They are great. Motion and temp.

Some one above suggested the Ring Motion detectors required use of the Rind Light Bridge. Is that only true of the 1st Gen or for these as well? This is purely a motion detector as well right?

No other hub needed for the one I linked. Motion only.

Presuming that I wanted to have Lux detection in each room for specific customization, but as other suggested I need more than 1 sensor in the room for proper coverage, is there any issue with combining different sensors? As an example, using the Philips Hue Motion Sensor for Motion/Lux but rounding out the coverage with Ring Motion G2 for only motion? I may be mistaken but I think I've read you might get signal interference from the different brands. Is that likely?

Philips Hue Motion Sensor (both indoor and outdoor models). You can get a 2-packs at Costco for the best price.

You can get a 2-packs at Costco for the best price.

We were not able to find a match.

I would second the ring gen 2 motion sensor. It seems to work well and pick up at some very good distance. It often turns on just as i enter the room. It is set at the highest sensitivity since it is used only for automations. If itever gets used for alarm functions cat pet will be boarded.

The gen 1 is what I have that is sooo slow. It seems to take forever to activate.

I wouldn't expect any interference between brands. They use the same radio technology standards and as such should be able function together. I have several different brands of zwave devices.

Keep in mind not all motions sensor devices have the same detection range. My Ring Alarm Gen 2 motion sensors easily cover my full master bedroom which is pretty decent size. I have a Aeotec Multisensor 6 that doesn't come close to being able to cover the full room. That is part of the benefit of a purpose dedicated device I guess.

Placement is very important since the technology uses PIR. If it doesn't have line of site to a sptot it can't sense motion there. Lux is nice but honestly though i thought i would use it more it is in a single automation of mine. Ymmv but I have found that to be a somewhat limited use. I would love to hear more about your plan to use it though incase i missed something

Some one above suggested the Ring Motion detectors required use of the Rind Light Bridge. Is that only true of the 1st Gen or for these as well? This is purely a motion detector as well right?