ZEN30 fan status never getting set to ON

So I thought it was just a dashboard issue but I made a rule based on humidity to turn on and off the fan switch on the ZEN30. The fan turns on just fine but the hub never gets the update that it is on so when I make my tests to turn it off, and one of those tests is that it is running, it never shuts off. I can tell Alexa to turn it off and it goes off it just appears to be a one way communication to the device. The light portion of the switch works fine. And on the dashboard it is stuck on sending but subsequent clicks will turn the fan off and back on. Any refresh on the dashboard will show the fan as being off even when it is running. 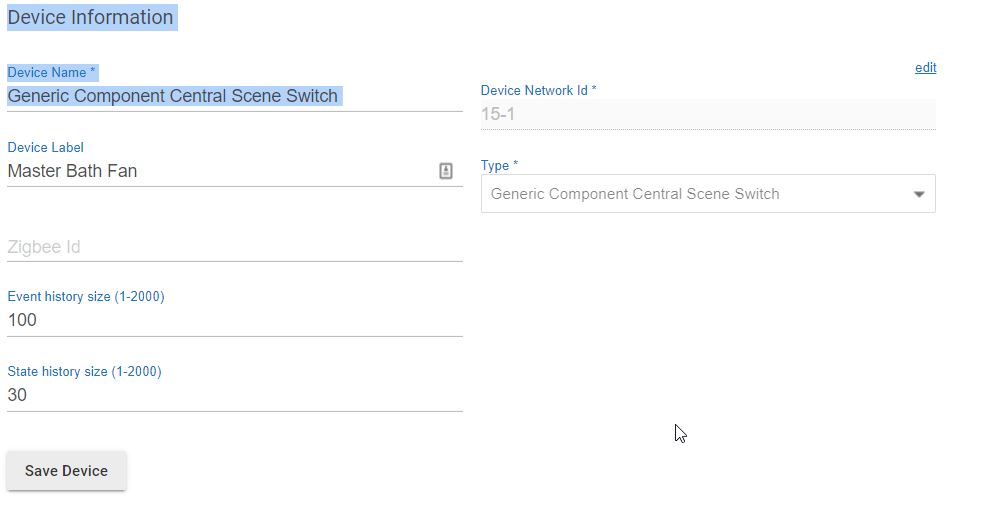 There is no option for debug logging on the child but if I turn on the logging for the master and then toggle the fan on and off I see this in the logs:

Well I gave up getting this resolved and got around it via Virtual Switches since the actual fan switch does toggle on and off but not report back the virtual switch does the reporting back that I need provided I don't let them get out of sync. Hopefully others will run into what I found here and this will be addressed someday.

Have the same issue here. Have been in contact with both Zooz and Hubitat and supposedly they're working on it.
As an aside I paired the same switch back to ST and it worked correctly there and reported correct status. So it appears the problem lies with the Hubitat end of things and/or the driver.

Ya I can't wait for the fix so a bunch of rules I have will just start working.