ZDnet pronounces the the best Home Automation Hub is 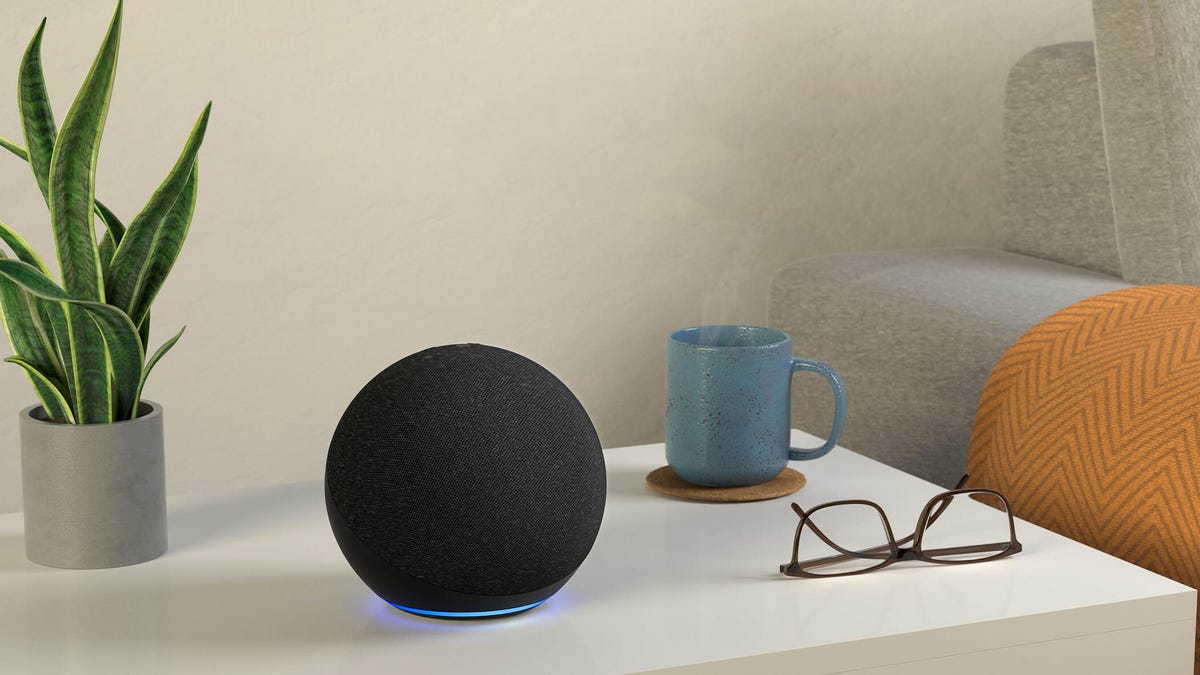 What is the best smart home hub? The Aeotec Smart Home Hub is ZDNet's top choice because it's come to replace the SmartThings hub and it leads the charge in both compatibility and user interface.

Well, I have to say that I'm somewhat disappointed that Hubitat didn't even rate a mention in the article. Although I don't considcer myself a "Hubitat fanboy", I thought at least that it deserves a mention. Like anything, HE has it's better things and it's not better things.

Of course, the HE approach - which is to maximize the automation and therefore to minimize the importance of the dashboard means that the dashboard/app are not that important in the HE scheme of things. That may well be true. However, the market doesn't think so. That most visible part of HA deserves a lot of "spit and polish" so that HE will be more highly considered.

A very flashy, sexy, easy to use functional app will do wonders for the product, in my humble opinion. What's your opinion?

Even the dev's are aware of the UI being very outdated. I agree that it could definitely use a refresh but honestly HE's best feature has been function over form. If you want a nice dashboard out of the box, you go with either @gslender 's Hubivue or @jpage4500 Android dashboard. Functionality and compatibility can't be beat. 100% local. Aeotec/ST will be losing 3rd party community drivers at some point and it's not 100% local. The programming interface isn't that more advanced than HE though.

On the contrary, in my own humble opinion, the automation capabilities of Hubitat are really second to none. I firmly believe that all through the spectrum of users from novice to professional HE's automation capabilities are superb. Think of Basic Rules, Simple Lighting, Rule Machine, etc. And to top it off, they just anounced Room Lighting. This area is very well covered.
It's the UI of the dashboard that has to be refreshed.
Yes, I use @jpage4500 dashboard myself, it's great.
But, don't forget it's a community developed app - it doesn't come out of the box.

I have to believe that HE is very good technically. It already contains more functionality than most Users will ever need our understand how to use.

At this point, I would really like to see more emphasis on the dashboard and interface, and less elsewhere.

I disagree. To me, HA is not being able to change all my physical controls into virtual controls, so that I can push them from the comfort of my sofa. Thats just smoke and mirrors.

Real HA is having your home automatically detect changing conditions (be that motion, temperature, luminance, weather, whatever) and then react in a way that you have determined, without you having to push buttons.

If you want a nice dashboard

Smartly. Still works fine. But I rarely use dashboards, automation does it all.

I wanted to read through all the comments before I checked the article. Needless to say I didn't have to read the article when after Aeotec (which is perfectly acceptable) comes Amazon, Google, and Apple. This article might be the biggest joke of the year. Those 3 are wonderful voice assistants but horrendous home automation hubs. Yet another article written by someone who has absolutely no clue.

Nothing to see here folks, clickbait type article shilling for the big boys. Now imagine how matter is going to be controlled by those 4. Smells like collusion.

Those 3 are wonderful voice assistants but horrendous home automation hubs.

Maybe but to dismiss them out of hand would be taking a short sighted perspective. The penetration of any of these devices currently almost certainly dwarfs the user base of HE. The only reason why they don't do local automation well is to force users onto their cloud platforms.

honestly HE's best feature has been function over form.

However, this only gets you so far in this day and age. I sure hope there's a shiny new UI somewhere in the works.

In my opinion, one of the key strengths of Hubitat is it's local nature. Obviously, that's just not going to happen with all of the other alternatives that were mentioned. (Home Assistant obviously, shares that strength.)
Unfortunately Hubitat does not have a local "voice control" subsystem.
However local "voice notification" is possible.

One day maybe Almond will be ready for prime time and we can completely ditch Google and Amazon.

Yes that article seems to be poorly researched. Very annoying.

As many of you have mentioned, a nice UI that’s local and visually appealing is very nice to have - have you looked at hubiVue?

Read more at hubivue.com as very soon we will be releasing an iOS and Android/Amazon compatible app, plus an identical web version is in the works that won’t be too far behind.

As always, it depends on what you need, but hubiVue is trying to fill that gap of a mobile and tablet based local control and dashboard app, that the casual user, friends and family can easily use in an automated home.

Lazy article. Hubitat, Homeseer, Home Assistant, Vera, Lutron, and others don't even get a mention.

This piece should be titled "Four devices that were at the top of Google when searching for keywords smart home". I think this author needed some content and threw this together without any research into the topic.

. I think this author needed some content and threw this together without any research into the topic

I think that article amounts to alot of paid promotion. Then again, most everything ZDnet reccomends is because they were paid for their reccomendation.

I just don't think Hubitat gets enough exposure. There is a critical mass type effect where once the name has been heard by enough people often enough, a product will come to mind when listing items in that category. And I don't think this has happened for Hubitat yet.

And this sort of thing doesn't help. There is a facebook page for it, but comments to posts don't get answered - making it appear poorly supported 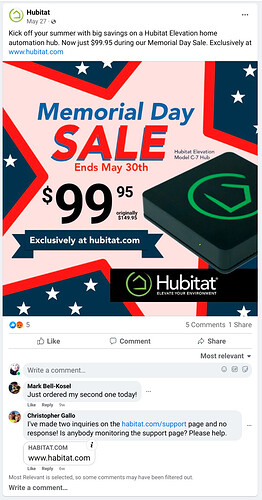 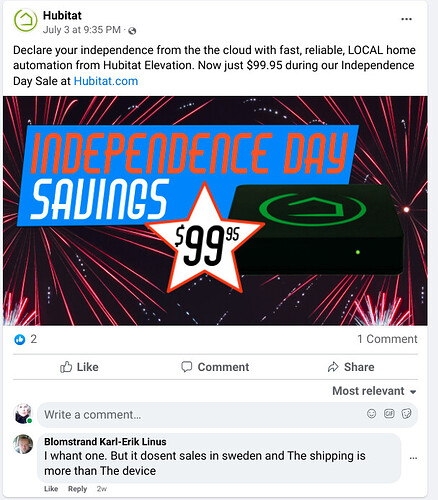 I completely understand that they are a small team and while they are developing the product - brilliant work they do too - there is not enough time to go around. But it might pay dividends to bring a PR person onto the team, even if it's only a part time role.

But it might pay dividends to bring a PR person onto the team, even if it's only a part time role.

I think @bobbyD does a lot of that and does it well.

Yeah what he has time for. I don't think his time stretches to the Facebook presence however. We have a lovely active forum here, with plenty of support from the team. But people not getting their posts on social media acknowledged might never get as far as finding out how good this forum is.

If it's not possible to monitor the Facebook page, then I'd suggest ending each post with "If you have any questions please come to our forums at [link]" which at least lets people know where they can get answers.