Yowch, who the heck did the external design on that ?
Talk about “ sticking out like dogs balls. “

Cameras just don't integrate at the moment. If there's a possibility to use third-party software either with or without firmware changes to the video doorbell, that's going to be your best bet to get things into the Hubitat dashboard. There's an Aqara G2 Camera hub that is rumored to be getting HomeKit support like their HomeKit hub. This is possibly the best bet for some level of integration, but you still are going to be restricted to some other software (HomeKit in that case) for displaying the video.

What can be done is going to depend a lot on the upcoming announcements. Xiaomi is said to be debuting an updated line of Zigbee 3.0 product. This may change things for HE integration if Xiaomi begins following a standard, which they do not currently adhere to.

I'm due to receive a Xiaomi HomeKit hub (no camera) today. I'll have a better handle over what's possible by way of HomeKit, but this definitely isn't the best option for everyone.

I don’t think what I want exists (or is not super expensive) unless I cobble things together.

I think a smart button, whyze camera and jiggery pokery should do it

This is what I do. Wyze camera at the door. Use Alexa for the doorbell announcements, although you could just as well use a Google Mini. For the doorbell, I took a conventional button and wired it to a Xiaomi contact sensor. Works, but keep in mind that most of the time your visitors are going to be too impatient to wait for you to answer the call. Ring 2 can do it fast enough. I have no idea about Nest Hello, but I have heard it's very fast.

I also use a Xiaomi motion sensor mounted next to the camera. I found the constant false message from Wyze too annoying every time a fleck of snow passed by or a bug. They have person detection in beta and it works really well, so that may not be as much of an issue in the future.

Has anyone tried one of these? I wonder how well it will intergrate into the smart home?

Unless you're using the Mijia app exclusively for your HA, probably not.

This doorbell/cam combo isn't even Xiaomi-branded, it's part of the Xiaomi "ecosystem" (think some other big manufacturer whose execs sometimes clink glasses of booze with the execs of Lumi, and voila - a partnership is born).

Like the vast majority of "cheap" Chinese-branded cams (and this doorbell cam isn't even that cheap), it doesn't support RTSP, which means it will be next to impossible to integrate with anything but their own app - Unless someone figures out how to hack it, and even then it may just only allow you FTP access which isn't all that helpful.

Out of interest how have you got the Wyze cam doing the announcements on Alexa? I was thinking about doing the same but with my Google Home hub.

A misunderstanding. I don’t use Wyze for this, but you could via IFTTT

For the doorbell, I took a conventional button and wired it to a Xiaomi contact sensor.

I'd be interested hearing more about this. I was just thinking about using a standard Xiaomi button outdoors as my new house will have a heaps of protection/coverage in the entry area anyways but i'd like to hear/see what you did here.

That would work. Hell of a lot easier than my setup, but if you live in a cold climate batteries would die fast in the Winter. That was my reason for not doing this in Toronto. A lot of people have those basic wireless doorbell buttons you get at Home Depot and they almost never work in the Winter because the batteries are dead.

I have a 1926 home, so I wanted something with a little style. I ordered this doorbell button. The house didn't have a doorbell before, but I already had wiring (Cat 5e) that I had run from my basement to outside the front door for power to my Wyze cam and two more of the wires were used for a Xiaomi motion sensor because of the batteries in the cold issue.

So further down in the cat 5e cable I had prepared for this by adding a piece of shrink tubing, but didn't shrink it. Once I was ready with all the parts, I spliced into two more of the wires at the height of the doorbell button. I use these with a heat gun for attaching wires in place. It's easy, fast, a good connection, and waterproof. Once I had the connections, I slid that piece of shrink tubing in place around the connections and hit it with the heat gun to make the whole thing cleaner looking and further weather proofed (although my setup has the wire also affixed behind permanent storm windows at my front door, so they're not directly exposed to the elements, but would be fine if it was.

I soldered two small wires to the reed switch inside the Xiaomi contact sensor. You can do this with just about any contact sensor. Some already have screw terminals inside, so there's not a need for soldering with those type. Here's a few threads on doing that.

[1561024398868] Well i tried on the xiaomi and it works when i touch the wires to get open and close status. However i failed on the code or maybe xiaomi cannot work. Force open and force close do not seem to do anything. Was trying to use as a dry contact relay. 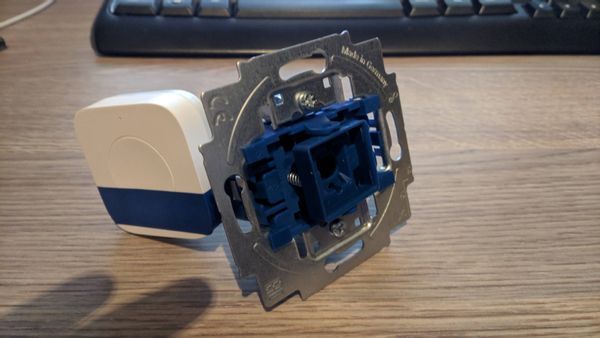 Pretty new to all the homey possibilities. What i created is a cheap proof of concept zigbee wall switch.

I prefer thinner wires so the device can remain inside the original casing so I use this wire for the job. This is identical to the spool I have had since I was a kid. The stuff lasts a long time. This is the easiest to work with because the dispenser has a cutter and stripper built-in for the very fine wire.

If you choose to use the Xiaomi sensors, the Mijia are the easiest to work with, but for this particular project I used the Aqara version. Here's how to open them. You'll see immediately why the Mijia is a lot less work. 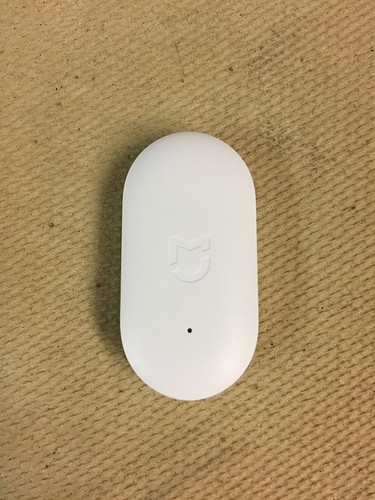 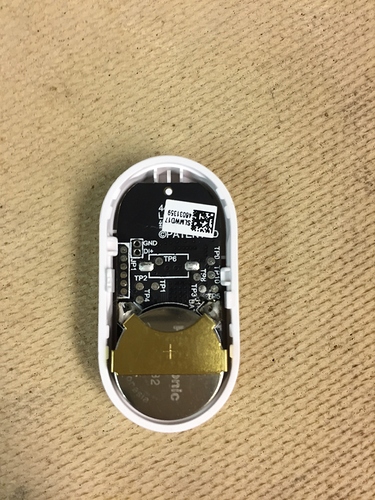 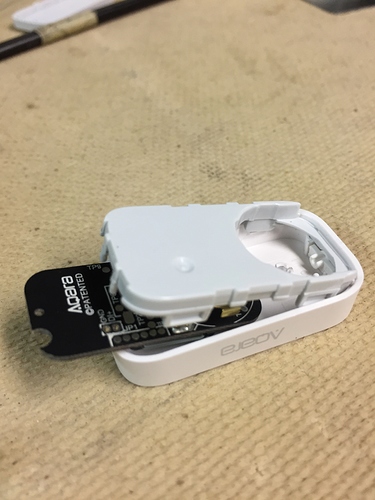 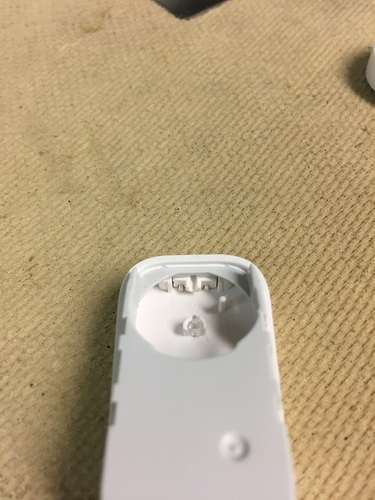 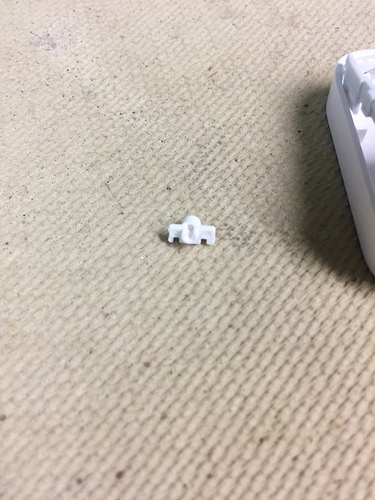 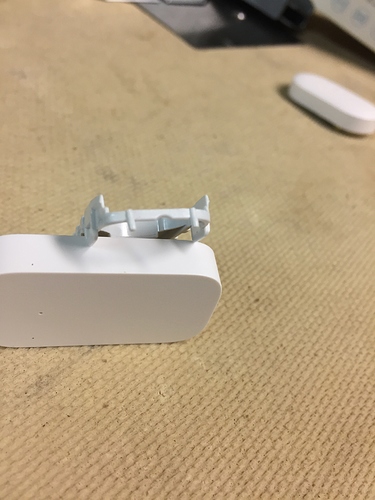 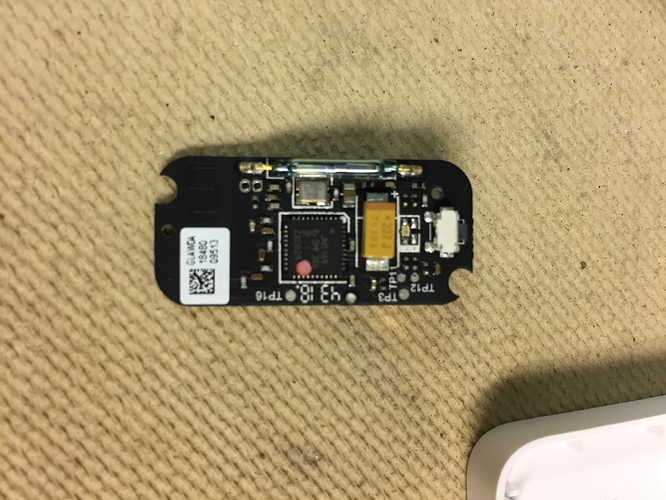 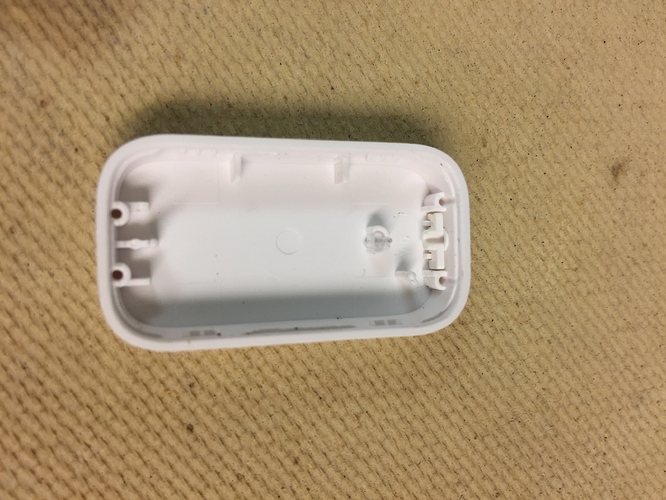 For power, you can simply continue to power them off their original batteries. This is what I have done just to make it easier for now. I may convert it at a later date. I have converted my Xiaomi motion sensor that is mounted under my covered porch as I mentioned before. This is because the more expensive batteries it uses would be useless after just a day or two of -15 ˚C temperatures in Winter. I use these for the conversion. They are available in 3.3v and 3v versions. Even though the original batteries are 3v, I chose 3.3v because of the voltage drop from the 20 odd feet of Cat 5e cable. Even if no voltage drop from a cable, the extra 0.3 volts will not damage the sensor. They took over a month to get here, but it was just $1.45 for five of them. They come together in a strip, and you just snap off one when you need it.

The doorbell I'm using is not either of the fugly ones you and Nic linked to. It's actually the Aqara Hub HomeKit edition. More about this device here.

If you're an android user, you can upload any MP3 to it. I'm not and just use the built-in doorbell sound. Working on getting a free android phone so I can change the sound at some point in the future if I want.

I paired the contact sensor directly to the Aqara hub and configured it in their Aqara Home app, so when someone pushes the outside button, the contact sensor closes and I get a doorbell sound. Since the hub is HomeKit and I also have @dan.t's fantastic MakerAPI version of HomeKit setup with HE, I can use HomeKit automations to link the closing of the contact to a virtual switch in HE, so when the button is pushed, the doorbell sound rings from the Aqara Hub (which is pretty loud too), and the HomeKit automation closes the virtual switch in HE. So I also have both my Echos saying "Someone is at the door".

All this is local because HomeKit is local. Dan's HomeKit MakerAPI is very fast, so Aqara sensors and buttons closing on the Aqara hub have the exact same response time as they would if directly paired to HE. Since this all works so well and because I use Mijia door/window sensors anyway, I have them paired directly to the Aqara Hub. This allows me to use the Aqara hub as a supplemental alarm siren, but HomeKit automations still allow me to use the aforementioned method to trigger and limit things off the state of the door/window sensors in HE by simply using the state of virtual switches in my RM automations instead of a contact sensor. The HomeKit control also allows simultaneous arming and disarming of the Aqara Hub alarm with my regular alarm system.

Thanks for the write up and that was well detailed. I think initially I will try and keep it simple and attempt to just use a Xiaomi button outdoors as here in Brisbane, Australia it doesn't get that cold at night in Winter. I think the coldest morning we have had so far this winter is 5c (41f) but it's usually on average about 9-10c (50f).

I saw someone put a contact sensor on their doorbell chime that sends an alert. Keeps it unassuming. Good luck!

You could always run the wires inside and only place the battery inside.

The problem I had with the button is that google homes are not in sync when the button is pressed, it’s a crazy delay around the house

I was using it the other day and it seemed to work fine with both my Sonos speakers and Google Home hub. I will be sure to do some longer testing though so noted.

@jchurch do you have one google home or multiple?

Ah I have several google homes, and the audio is delayed across them when sending announcements etc...it’s a google issue apparently

Great right up, I’m going to go down the simple route also I have my button just need to set it up properly