What's the best way to do an ALARM DELAY timer?

On analog Alarm Panels, it's possible to set an ALARM DELAY which is quite a good feature to have in order to avoid waking up the neighborhood with false alarms.

When an armed sensor is triggered, we set the panel to have a 15 second delay before alarming.... and during this delay period, the panel would beep repeatedly indicating it's about to go off and ring all alarms/sirens etc etc.... This gives the user a chance to cancel it if it was triggered by accident. On most occasions when user is unsure what caused the alarm, user would cancel it first, but keep the panic button on hand.... user would then investigate and if it's a legit situation, user will manually trigger the real alarm sounds.

I would like to mimic this behavior and experience on Hubitat.

Probably beyond the scope of this question, but I use webcore to add alarm/arm/disarm delays to my system.

Hubitat Safety Monitor allows the user to configure delays for both arming and intrusion alerts. 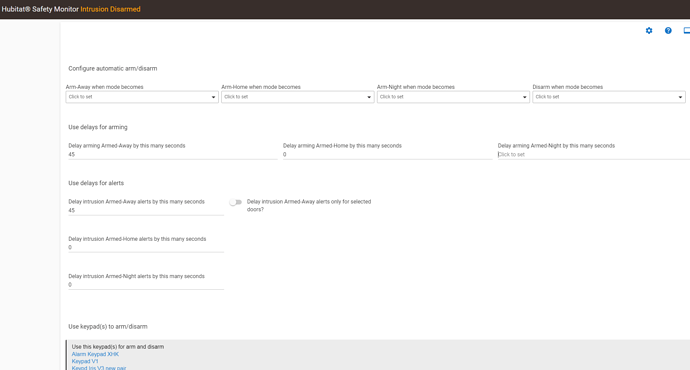 ah yes im aware of the alarm delay part....but what i wanted was an audible beep or indicator during this x seconds delay....

When a sensor is triggered, I need a warning tone for x seconds before the whole house go berzerk.

I use a Konnected beeper and webcore for that exact situation.

I have Lowe’s Iris keypads that work with HSM to do just that. The keypads beep for x seconds during the configured delay, before the HSM alert is actually triggered and other configured actions occur.

I’m not sure how many devices can do that though, the Iris keypads are no longer manufactured.

I've not tried webcore stuff yet but ill try in future.
Tnx for the Keypad idea, it's nice to know there's such an option

but what i wanted to do is make all sirens or at least some beep (like inner sirens only) then if not cancelled all sirens go crazy.

Im thinking some sort of RULE and delays to achieve this? feels clunky way to do it though

I'm still trying to figure out how to do this well.. anyone feel free to chime in

At the moment what i have is virtual switch, that turns on when alarm is triggered..

Turning this switch on triggers 2 rules

When system is DISARMED 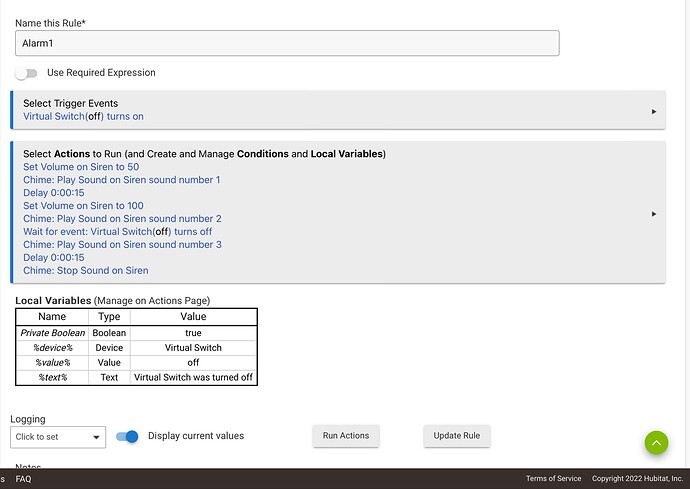