Using Hubitat as Zigbee/ZWave Bridge or as a Platform?

New user here - just got the C5 Friday and set it up yesterday.

Bought it mainly to bridge inexpensive SmartThings Leak Sensors into Homekit. To that end I only installed two apps -> Maker API and Lock Manager. On my homebridge I installed the Maker API homebridge plugin. All works fantastically. Even my problematic Schlage Lock, the older non-ZWave Plus version of the BE469, though I did have some issues with Lock Manager at first until I reset all codes.

My smart home is rather simple, but a mix of items, most native homekit.
I have a ecobee thermostat, hue hub and bulbs and dimmers, ikea gateway (currently unused), bulbs and outlets (paired with hue hub) and switches, iSmartGate garage controller, Sonos speakers,. AppleTV and 1 FireTV.

I previously ran Home Assistant with an Aeon Labs USB stick and a few Zwave devices. I have a mimolite (used for garage but now unused), Leviton DZPA-1BW plug which I used to control an Amp (now just used as a ZWave repeater for the lock as it supports beaming) and the Schlage Lock. Oh and two Nest Protects (also bridged in with homekit).

Im not paranoid about security but would like local control if possible... dont want paper weights when the internet goes out or company goes out of business.

Since I use homekit for my automations and UI frontend I wonder if there is any benefit to me migrating everything to hubitat and use it as my platform vs. just using it as a bridge to homekit.

There is no doubt more advanced automations that I can do but I find that homekit and siri shortcuts covers me pretty well.

That said I am open to be convinced. The bulbs for example, could they be paired to Hubitat directly? Any benefit to that vs. the Hue Hub? Create one strong zigbee mesh vs. 2. Its kind of why I paired my ikea bulbs to Hue (the Ikea Gateway is flaky too...)

I don't really use voice control -> but I could use Alexa or Siri equally as easily.

Recommendations are to keep bulbs on a separate hub as they dont repeat well for non bulbs
Take it slow and bring things over, just dont jump in till your happy it's working as you like

That said I am open to be convinced.

Everyone's requirements, wants, interests are different. Several use the hub as a bridge device interface and most use it as the center of their platform. It all depends on what you're wanting/trying to achieve and what devices you have or want to use.

As mentioned keep the bulbs in the Hue bridge and use the integration. The bulbs will not mess with your other zigbee mesh and you can then use the direct HomeKit integration AND the Hubitat integration and see which you prefer.

I always recommend to write out what your end goals are and what options exist for getting there and plan out the system and not just throw things together (buying whatever the cheapest device of the day is) and hoping things play well together.

I always recommend to write out what your end goals are and what options exist for getting there and plan out the system and not just throw things together (buying whatever the cheapest device of the day is) and hoping things play well together.

This is great device. I did this about 6 months back when I started thinking about the "automation" part of home automation (vs. using smart home devices as glorified remote controlled devices...)

At the end of the day - remote control was important to me, automation itself less so. Also good manual controls. To that end if I had to start over I would definitely go with wifi switches over hue bulbs for example, maybe just a few Hue colour bulbs in certain fixtures.

It is great advice. I say this to people all the time, especially for rule creation/troubleshooting. If you can't write what you want/need it to do in sentences, you likely can't make the hub do it either.

I would definitely go with wifi switches over hue bulbs for example, maybe just a few Hue colour bulbs in certain fixtures.

I like Hue and LIFX bulbs. (LIFX has better color and brighter) Hue is much more widely integrated with systems. Hue also has a bridge and is zigbee which makes it more stable than Wifi.

Either choice is good when used sparingly. I don't use "smart bulbs" in light fixtures that have a switch. I use a switch. I have one exception to this and I have a dumb switch with the Lutron Aurora to control the lights. This exception was made because of WAF and color bulbs.

I like Hue and LIFX bulbs. (LIFX has better color and brighter) Hue is much more widely integrated with systems. Hue also has a bridge and is zigbee which makes it more stable than Wifi.

Sorry I meant switches vs. bulbs in general, not necessarily a wifi switch. Lutron Caseta, or Zigbee or ZWave rather than ZWave, though I like Hue as a platform and its API is very open and robust.

My problem with retrofitting switches in my current home, and its a problem in older houses, is a lack of a neutral wire. (I live in an early 70s split-level home with no neutral). That said someone went and changed out all of the switches to new Decora style ones or I would have went with a bunch of Aurora's over the toggle. I do use the Hue Dimmer switches and have a few covers that block Decora switches but they are bulky. I really wish there was a decora equivalent of the aurora.

Sorry I meant switches vs. bulbs in general

a wifi switch. Lutron Caseta, or Zigbee or ZWave rather than ZWave

Slightly confusing but I get the drift. My take on switches and Lighting and will cover into your next issue of neutrals.

I have a high preference for Lutron for lighting. This handles in-wall units (switch/dimmer) without neutral. Caseta is much lower cost than RA2 which makes it an option for most.

For sensors, plugins, etc I use Z-Wave for the most part with some Zigbee.

Then you definitely need to look at Lutron Caseta as an alternative. No neutral required for their dimmers.

Or take a look at the innovelli dimmer switch, it runs without neutral, and has good support around here. Mine are running perfectly. They also double as button controllers, where a number of taps can be programmed to do various options, and as central scene controllers.
There are mant threads on these dimmers/switches

There is a second driver to install for the led notification child devices that are automatically created when you configure them in the main device preferences. https://raw.githubusercontent.com/InovelliUSA/Hubitat/master/Drivers/switch-child-device.src/switch-child-device.groovy

GE by Jasco switches are good Z-Wave Plus devices which come in both toggle and paddle/decora styles.

And they require a neutral wire. 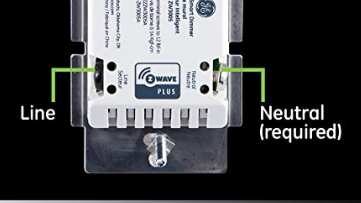 I’ve used Aeotec micro and nano dimmers and switches as well, though never in an electrical box like they were designed for. I use them in lamps.

These also require a neutral wire. The instructions don't say anything about getting additional functionality, just that the neutral is required. 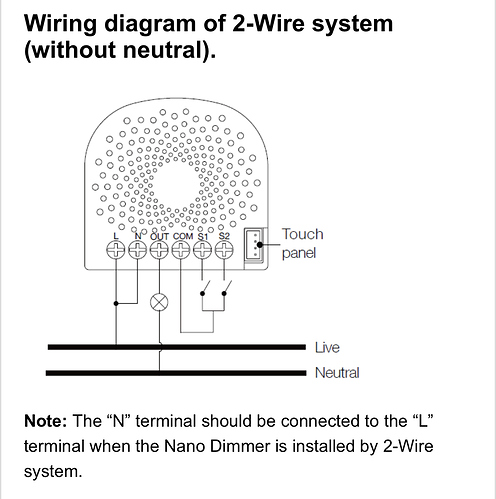 Welcome to the Hubitat Community!

We just love to talk about device choices here. So much we sometimes skip primary questions. Yes, Hubitat Rule Machine is a very capable rule engine. The automations it can do run circles around HomeKit and Siri Shortcuts. It’s a pain to initially get HomeKit devices synced to HE, because each device, like a contact or motion sensor has to be synced with a virtual device using HomeKit automations. However once done, you just backup your Homebridge setup. It very fast and stable. This can potentially give access to very small, and very low cost sensors from Xiaomi, without the Zigbee non-compliance problem by simple joining them to the Xiaomi Aqara HomeKit Gateway.

The one limitation I have found with using Xiaomi sensors on a Xiaomi Aqara gateway through HomeKit, is with comparing two temperature or humidity sensors as a condition in an automation. HomeKit is only able to compare against a fixed value.

The HomeKit method with a Xiaomi Aqara Gateway and devices is inexpensive and easy, but it sounds like you’re no stranger to setting up these systems if you have Home Assistant experience. There’s another method that uses a specific Xiaomi Mijia gateway to get the Xiaomi sensors in HE. This is harder to get going, but should be easier once you get it setup.

Anyway, see how easily we get sidetracked on devices?!

In short, you can do far more with HE automation, and the device capabilities that are exposed to Rule Machine allow you do much more than HomeKit is capable of. But do heed the advice to keep the Zigbee bulbs off the primary HE hub. If you want to buy another HE hub and dedicate it to bulbs only, that’s a perfectly viable method too.

I recently purchase a Mijia Mutimode Gateway to try. It supports HomeKit, and all the sensors the Aqara gateway supports, plus it is Zigbee 3.0, supports Bluetooth and Bluetooth mesh for the future when that’s more useful. Additionally, it has support for Some of the IKEA TRÅDFRI bulbs. Have not received it yet, so I don’t know the downside other than an intermittent beeping I intend to figure out or remove the beeper all together. Like the Aqara hub, it only supports 32 directly connected devices. There is a similar Aqara M2 hub releasing soon that is supposed to support up to 100 end devices, but that’s late arriving, no doubt in part due to the pandemic. Expect further delays on that.

The HomeKit method with a Xiaomi Aqara Gateway and devices is inexpensive and easy, but it sounds like you’re no stranger to setting up these systems if you have Home Assistant experience. There’s another method that uses a specific Xiaomi Mijia gateway to get the Xiaomi sensors in HE. This is harder to get going, but should be easier once you get it setup.

Just to add to this part. I have this setup and using Hoobs for the apple side of things. I have to say its working great, and even without the net for the last three days (Sat - Late Mon). Using my iPhone or Siri to turn things on/off is rapid (or my Apple TV)! Yes, its a little convoluted, but for me its worth it

The other benefit for me, is that it has a plugin for 3rd Gen Nest thermostats, which also exposes the hot water side, for those in the UK

Something I've wanted since Google broke the damned thing (I was running PHP scripts to get the hot water running).