including toggling it to controlled but the "null" controller device created

What do you mean by this? Please show a screenshot of the setup page for Thermostat Controller.

Sure, I will share a few to show what I mean. This is what I see when I first start the process of adding the app:

image1406×495 13.8 KB
I have Named the controller and also left it as default with the same resulting issue the thread is about. So, for this illustration, I will leave it as default and just select my thermostat to control. As you can see the "null" controller is already there just by starting to add the app but I am clicking the Master Bedroom Thermostat to control it:

image1372×616 19.1 KB
Then I go ahead and add my temperature sensor, as you can see the app named itself, which is fine with me and what I would expect: 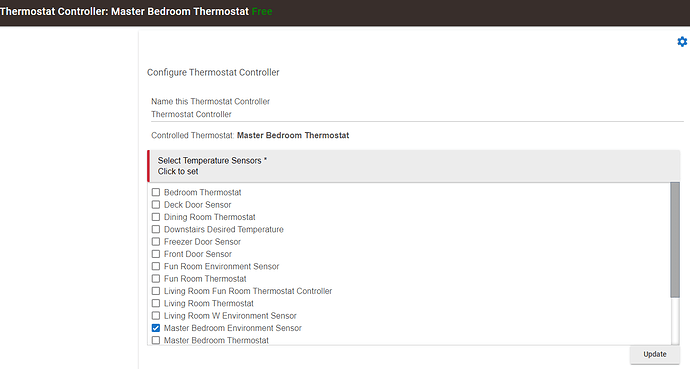 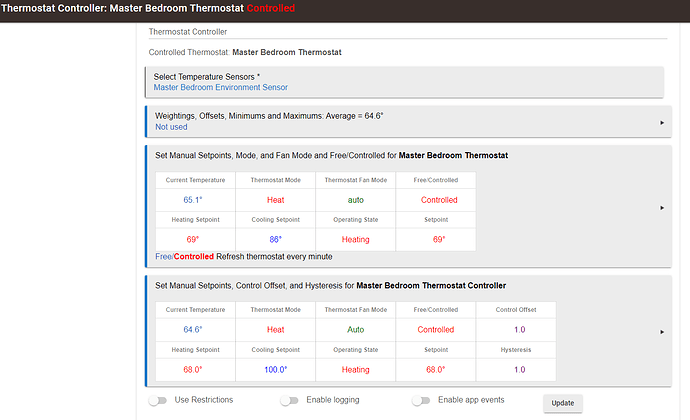 image1378×839 41.1 KB
So, then I click Update and then Done and go back to the app screen and, for some reason also, the new app says it is "Free". I found I can remedy this by going into the new device controller and hitting the Control button in that:

image1607×66 3.01 KB
Now, this morning, it is making me a liar after not being able to accomplish this task for the last two days with exactly the same process I am outlining. The last two days, the "null Controller" would not control the thermostat at all but this new one I created with these screenshots does control it.......I guess that figures..... 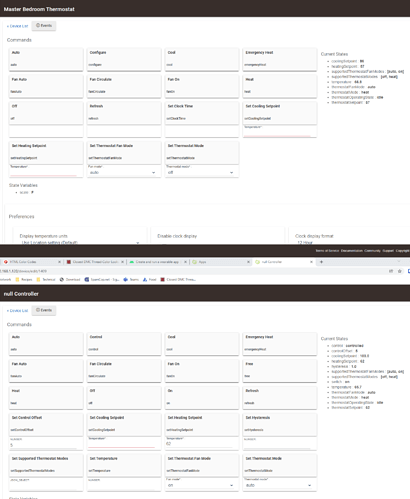 image1556×1894 186 KB
One thing I can note, in the settings of the new application, yesterday and day before the fan modes and thermostat modes would not populate at all but, I see that they are this morning. I am at a loss for why it was so unsuccessful so many times but now successful....
garyjmilne March 5, 2022, 7:36pm #4

This is a known bug, fixed in the upcoming 2.3.1 release, now in beta.