I have 3 narrow vertical south facing windows in the Living Room directly opposite the TV. Having 3 bright reflections on the TV is to say the least.... annoying.

So I installed 3 sets of double roller shades with a blackout and sheer shade.

First things first, TV is on, open the Sheer Shade and Close the Blackout Shade 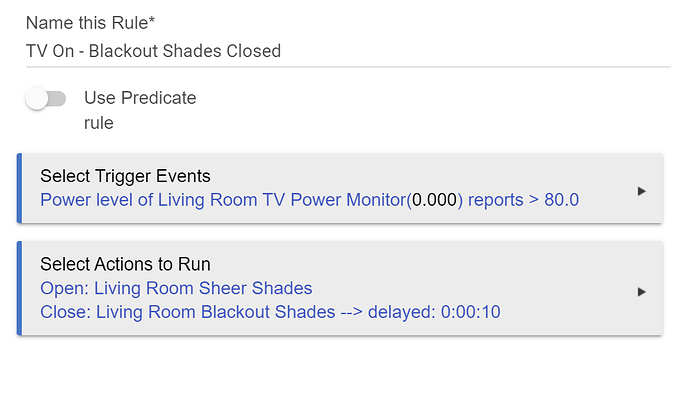 But I also want both sets of shades open during the day at this time of year to take advantage of that solar energy warming up the Living Room. Easy enough....

Now here's where things get tricky, I don't want to create a loop that causes a conflict.

In the warmer half of the year, I'd like to keep the Sheer Shades closed if it's above a certain temp outside to limit the amount of solar heating coming through those windows. I do have an outside temp sensor I can reference.

How do I go about expanding the existing rules, (or creating a new one) that won't cause a conflict that sees things crash, or has my shades endlessly opening and closing?

Current temperature is a very "fluid" variable. Perhaps it would be easier if you considered Certain times of the year.

You could use a predicate rule to make two (or more) RM apps.

I realize summer and winter are not hub variables but they can be created. And by keeping them defined somewhere else than the RM rule they will be easy to change.

One thing to consider is your first rule will be constantly triggering once the power level of your TV goes above 80. Every time it reports a power level greater than 80 it triggers. That may or may not cause you issues.

Haven't really considered any of the rest but my first thought was to use a predicate as well.

I've got it set to only report changes larger than 50W, So although the Zen15's have a reputation for being "chatty" devices, I'm not seeing anything outside of the expected in the logs. 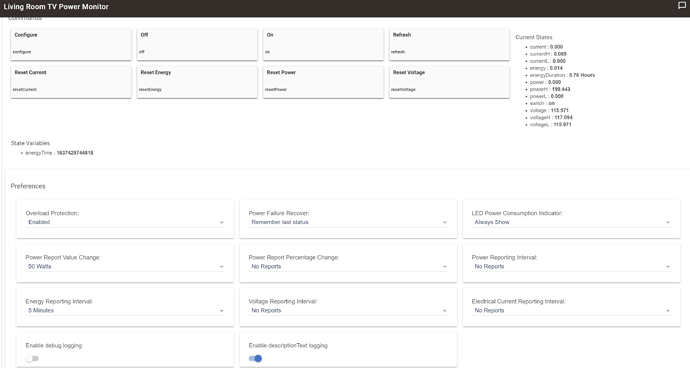 You may find using this useful:

I'm putting this out there - my first. Meteorological Seasons (Previously - Meteorological Seasons of the Northern Hemisphere) Update 2021-04-10 - Now with both hemispheres as of 2.x! Update 2021-10-25 - now with better Hubitat Dashboard - Android dashboard app Update 2021-10-27 - tile font color , size and position control added. From ReadMe:" ** Additionally, as of x.2.1x further features to support the tiles have been added - Font Color can be specified either as hex #xxxxxx or using …

Thank you for that. I think I've come up with a workable solution that I'll put in my next post....

Temp reporting from the indoor motion sensor I've got mounted on the front porch is wildly inaccurate, so I'm going to give the Open Weather App a try. So here is what I created....

So long as it's not starting out too hot in the morning.... let's let some light/solar energy in 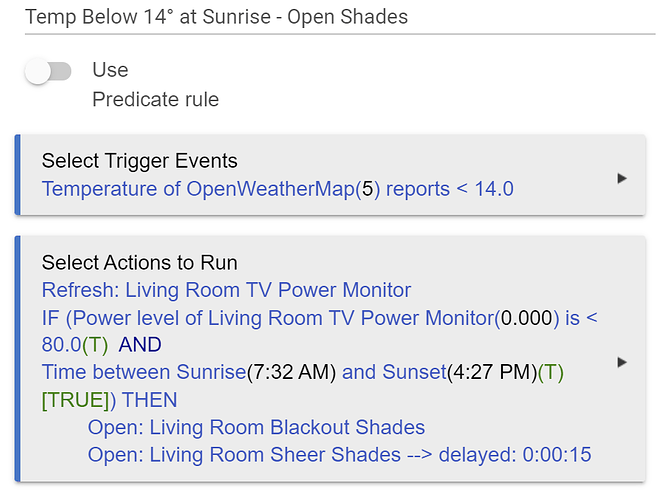 If it's getting too hot outside, let's close the shades and reflect some of that light out 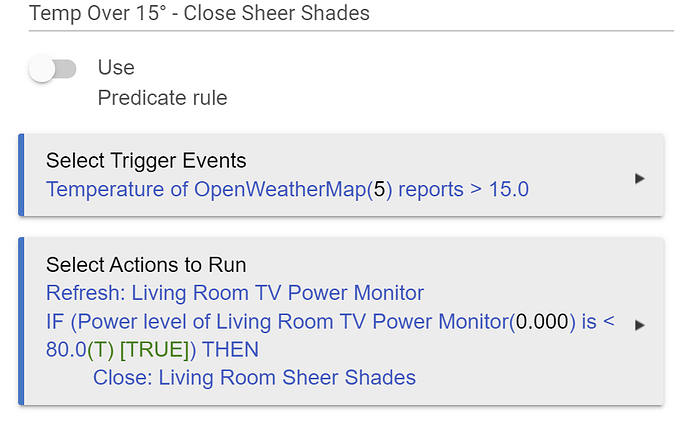 Ideally, I'd love to combine these two rules and have the system look at the forecast and keep the shades closed if it's going to get up over X° on that day.

Sun has gone down and the atmosphere/house is cool enough that we want to keep a little extra heat in, and have some privacy 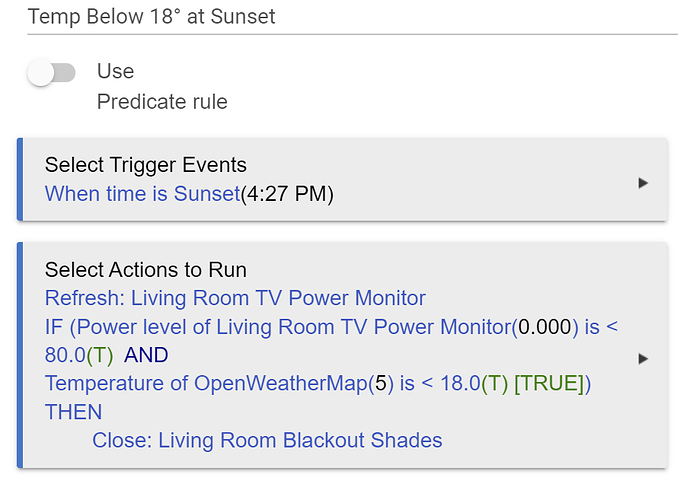 And finally, two rules to take care of turning the TV on/off and the using the Blackout Shades. 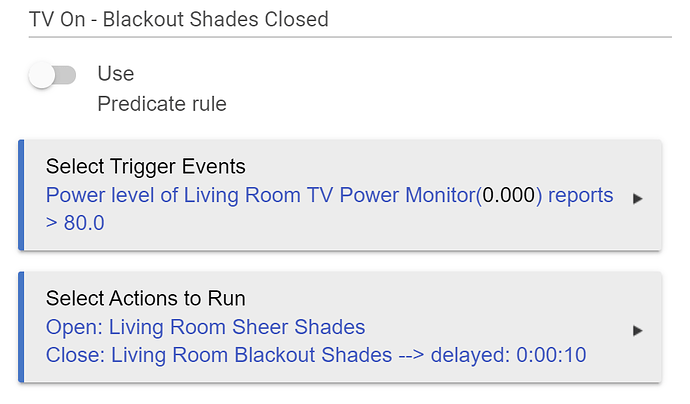 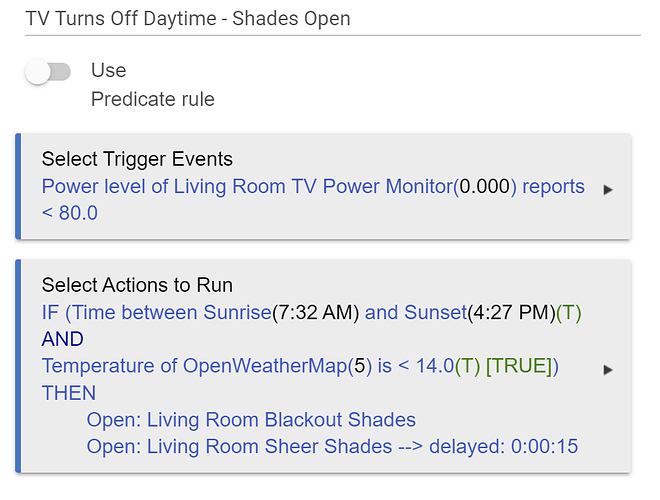 I should change the positions of the Sheer and Blackout Shades in the unit. Right now the Blackout roller is closest to the window, and the Sheer roller is on the "inside". It would probably be better if they were reversed.

I'm open to suggestions. Is there a way to look at the predicted high temp for the day? Anything I could do to combine these rules? Make things more elegant, with a lighter footprint on the system?