I'm using my Sonos devices to deliver TTS messages to some rooms. I thought "Play Text and Restore" would play a TTS message and then restore the song playing. However, I get mixed results.

First, it seems that a refresh is needed before "Play Text and Restore" is called. Otherwise, nothing resumes. It seems the refresh picks up the currently playing song/queue and resumes play (but see the next note).

Holy cow, your answer of issuing a "refresh" before 'play text and restore" is the answer I've been looking for for 1.5 years. Thanks shadowjig!!!

Really this needs a fix in the Hubitat code. To do the refresh before any "play/restore" functions are used.

Ok, this is just strange/frustrating, etc.

I tried the "Refresh" before "play text and restore" and nothing happened. The track was stuck on the TTS and sonos would not resume playing.

Still, this seems to be hit or miss. It works 6 or 7 times out of 10 trys. Its more consistent when playing a playlist/queue than it is when playing a station, but honestly still not reliable enough, especially when your TTS resets volume to 80 for alarm message.

I will continue to play with it and have actually put the refresh both before and after. Since its intermittent, I'm wondering if its a timing issue and need to add some sore of delay/pause???

If you have a moment it would be nice to see how you have your rule set up to see if there are other differences.

I also confirmed @shadowjig findings that If playing a "Playlist" prior to TTS message it jumps back to the beginning of the playlist instead of the song that was playing when the TTS played.
I also found that If playing a "Station" prior to TTS message, it will jump to the next song for that station when resuming. (although resuming after TTS when playing a station was the most unreliable)

Wow - didn't know about the "Refresh" requirement...updated my WebCore rules...we will see if this works.

There is not a "play text and restore" option on Rule Machine...unless I am missing it someplace. 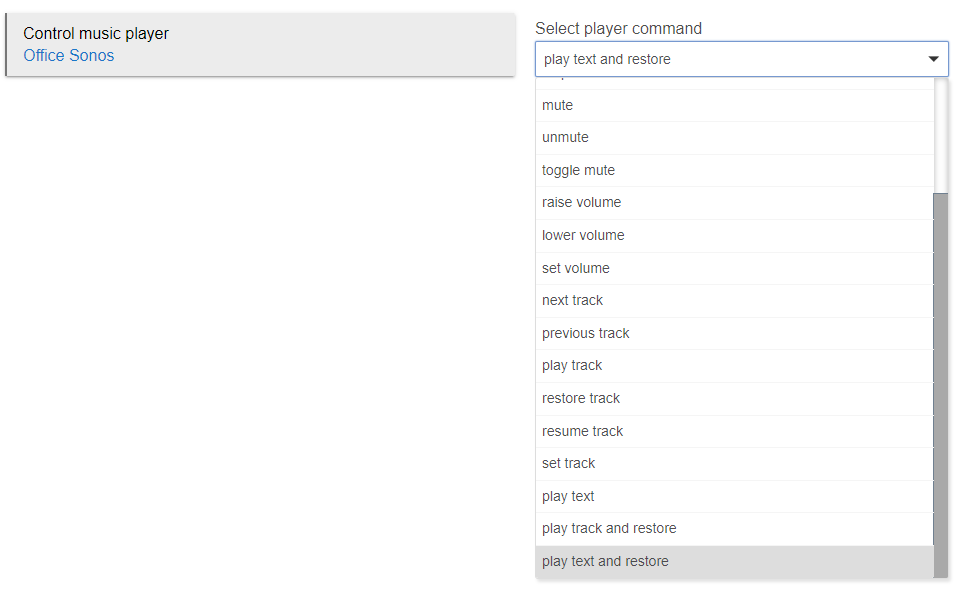 I am in the new Rule Machine, and I do not get any "play text", "play text and restore", or refresh: 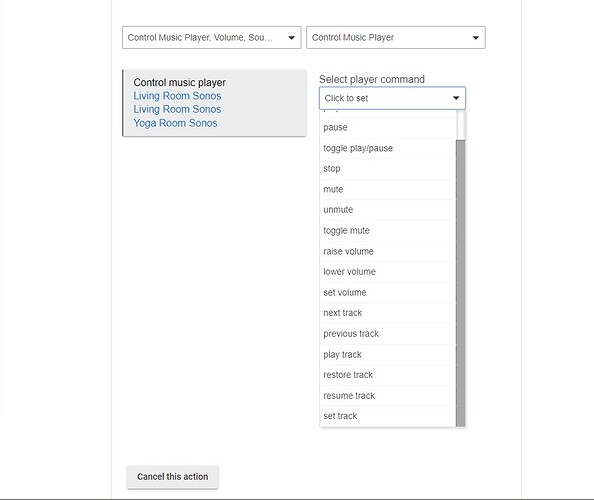