Hello all, I have been considering getting some smart blinds. UI was wondering if anyone uses their smart blinds as a form of temperature control and how they went about doing that? Did you sync them with your internal thermostat, or use the outdoor temperature? Are sunset and sunrise considered? How do you account for sun position?

Anyway, I feel this could be a very interesting project and could make for a very complicated rule.

Looking for some feedback.

My home office is in my attic (so with heat rising up, it's already warmer than the lower house), and it has two windows that get a lot of direct morning sun. I automated the shades on them with two light/brightness sensors.

Pretty simple rules. If it gets brighter than a threshold, close the shades. When it dims (such as the sun no longer shining directly there, or clouds), open the shades. I also put in some delays so that it doesn't open/close too often and get annoying.

End result: roughly 4 degrees F cooler in the office. Now it's only 1 degree warmer than the rest of the house, instead of 5 degrees.

Can you post your rule? I'd love to take a look.

Unfortunately it’s not Rule Machine. It’s code in the driver I wrote for my custom blinds motor. I added a light sensor to the control box, so the driver implements both the WindowShade and LightSensor capabilities. (I realized later that the code for Auto-close should have been separated out into an app (so that it could be used with any shade and light sensor), but I haven’t had time to do that yet. So for now, it’s built into the driver.)

@philippompili, I made a lot of progress on breaking it out into a separate app yesterday. When I'm finished, I'll publish it.

.
There is also a Node-RED flow out there in the wild that adjusts blinds to the sun position.. I've thought about implementing that myself

A collection of Node-RED nodes that can be used to automate the control of household roller blinds based on the current position of the sun.

For window blinds, I would think this matters way more than anything else. A lux sensor in the window frame would be one way of triggering the blinds to close/open (i.e. when the sun is shining directly through the window). This driver might also work for you:

I created a driver for calculating the position of the sun using the SunCalc.js library. I use this to automatically close my roller shades on the west side of the house when the sun starts to come through the windows. The driver uses your hub's lat/long to calculate the position of the sun at the current time. You can choose how often you wish to update. I've found that the altitude doesn't change more than a degree in 5 minutes. Hopefully this is helpful to someone! Altitude is the angle u…

Thanks. That sounds very useful. I am still in the very early stages and am looking at all of these methods. Lux sensors seems like the most direct approach (albeit the most expensive as well).

I do like the sun calculator idea as well.

I picked up this lux sensor recently: 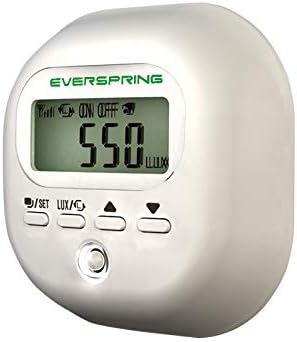 Haven’t had a chance to create any automations to actually adjust the blinds yet, but the readings from the sensor itself seem like they should work just fine for this purpose.

It’s an older z-wave device, so it’s fairly cheap. If you have a large z-wave plus mesh, I guess it’s possible it could slow things down (I’m no z-wave expert but I believe I’ve read that the faster bitrate of z-wave plus transmissions revert to the slower rate when older devices are on the mesh).

@philippompili, I've finished breaking it out into a separate app. I'll start an official thread for it soon, but if you want to try it now, you can get it here:

An app for Hubitat that can automatically control smartblinds and shades, by integrating with a light sensor. - joelwetzel/Hubitat-Auto-Shades

Awesome thanks. I'm going to start playing with this soon.