Hi every
I've decided to have another look around for smart locks for both sliding glass doors and security/bug screen doors. I just haven't been able to find any options and thought I might reach out to you guys to see if you have come up with anything.
Regards
Marko

Yale Assure locks work on Anderson doors, but not sure about other manufacturers

I've been looking for a screen door solution too. I haven't seen anything that would work right out of the box yet. Some sort of electric door striker and a Zigbee relay would do the trick. For me that's a big project.

Same boat here. Was thinking about doing it with a magnetic lock, but I didn't come yet to an elegant solution of failing secure on a day-to-day operation but failing safe when in an emergency. One idea I had is to set up a fail-safe one and to have it powered via UPS to implement fail-secure, with a cutoff cord to disconnect it from power after the UPS in case of emergency. So far an idea of a cord hanging in the middle of the great room didn't get much support from the wife, though.

Thanks for your ideas and thoughts. I might investigate the manufacturer that was mention

Also looking and didn't find anything yet.
Please keep us posted on whatever you find!

I came up with a concept of pulling the handle of the sliding door being the dislatch (again, similar to how those pens disengage when you pull the tab), but I never implemented it. Maybe I'll have at it again this winter.

Others have done the electromagnet thing; easy to implement, fails during a power outage though, but I don't think guarding against that is all that valuable anyways, unless power is SUPER unreliable at your house.

I wonder if something like this could be adapted such that a normal rotary actuator - like for a normal smart door look - could be used to activate it. It looks like it simply needs a 90 degree rotation to lock/unlock. Or failing that a stepper motor with a hubduino.

Tuya wifi lock with an option suitable for sliding doors. Not sure if we could get this working on HE using the recently developed Tuya integration found elsewhere on this forum. The trouble is, that would be dependent on the Cloud. Boo 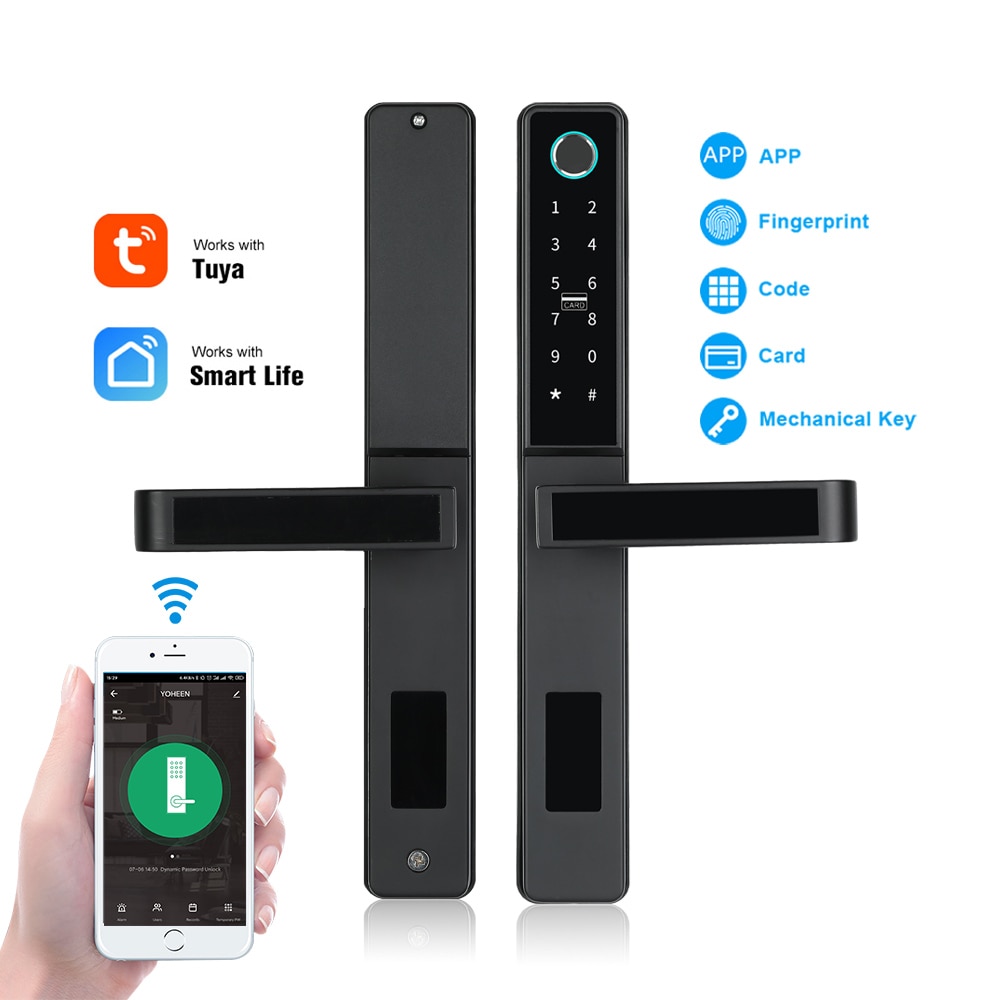