I have a motion triggered light that only turns the light on between sunset/sunrise (have also tried with illumination).

I've noticed some mornings if the light turns on just before sunrise, they don't turn off after sun rise even after the xx minutes pass.

Can you provide a screenshot of your rule? Also, have you checked to ensure there is no other rule that is acting on the device? You can see all the apps active on this device on the bottom of the device’s page.

It seems like the rule is being "interrupted" or suspended based on transitioning into the "restricted" time. If true, that would be undesirable for sure. I'm just a novice, so I could be WAY off base on that assessment.

Best case the crew here can work with you to get this figured out. Worst case you can add another simple rule to turn the light off at sunrise.

Okay, I guess my latest iteration I'm using luminescence from my weather station 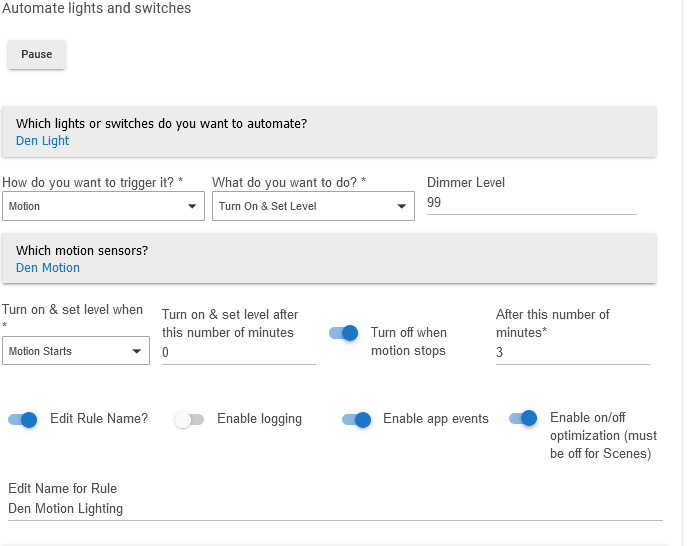 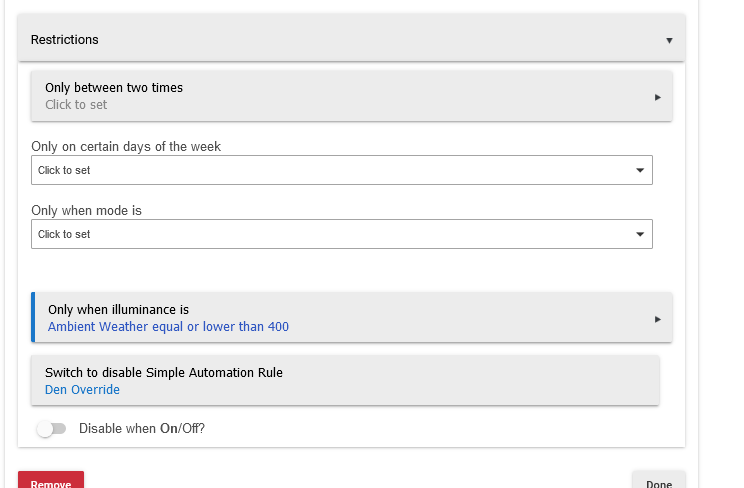 Thanks @scoob8000. I have done some testing and confirmed that this is the way Simple Automation works. It will not turn off the light when the restrictions are active.

You could try using the “Basic Rules” app which seems to behave the way you would like it to - turns off the light even if illumination is higher than your set level.

Also, there is this community app which I use for all situations where I need lights to go on and off based on sensors. It has the added benefit that it will dim before it turns off, so if you are still around but just not moving enough, you are warned before it turns off.