Sharing a tip - Charging batteries while away

I have a relative that escapes our cold Canadian winters to enjoy the Florida sun.

While away, he is not using his e-Bike and motorcycle helmets, both have batteries. He read that they should be charged once a month…

Since he has a Hubitat hub, he added a power bar to a Zigbee plug. We created a Rule Machine rule that will turn on the plug every month on the first day of the month then turn it off on a 6-hour delay. His batteries are plugged on the power bar and get their fill every month, keeping the batteries in good shape.

One nice thing is that even if he decides to disable his internet while away, the charging continues!

I do something similar with a Zooz Zen20 powerstrip for my power tool batteries. Hubitat powers the strip up a few times a day to let the chargers check and top up the batteries if necessary.

I probably should do something similar with all my USB power packs! Then they are always ready for the odd power outage!

I recommend monitoring the battery temperature during charging. Unmonitored charging batteries can overheat and cause a fire.

You don't even have to go away to do this. I had to Jumpstart my weekend car the other day because it sat in the garage too long.

I really should automated that somehow.

Having once escaped a large truck's lead-acid battery explosion, I consider every battery charging to be a fire hazard. Particularly li-on, which burns white-hot. I try to keep my 18v tool chargers located on metal or concrete with large air gaps around & above them. Bigger packs like e-bikes and scooters shouldn't be charged in or connected to living spaces.

Thanks @tom.guelker and @rcjordan! I wonder what would cause a battery to overheat like that - damaged cell?

As I understand it, li-ons can develop filament-like abnormalities within a cell. This can happen without physical damage. This causes thermal runaway.

William Walker is working to unravel the fundamentals of the explosive thermal runway process.

Watch this one, it's actually less violent than others I've seen. 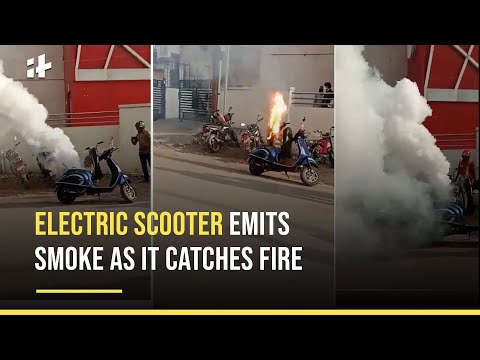 I use noco chargers for my "wheelchair" batteries that I use in my remote control lawnmower. I have had 2 Duracell ones I got from batteries plus go thermal runaway. The chargers cut off the power but those things got so hot I put them out in the middle of the driveway after they went nutty. I didn't want to risk burning the house down. If you are charging without being there you might want some other sensors or way to take action if they go nutty. The chargers usually have safeguards but things can still go wrong. In my case after the batteries cooled they were shot but no fires. The charger cut the charge off before it went super out of control but it happened 2 times with 2 chargers and 2 of those Duracell batteries.

Using Hubitat to control the battery charger is a great idea. It is still a good idea to use a trickle charger as the charging mechanism. The low amp output of a trickle charger should minimize potential overheating issues. It is the quick chargers (high amperage) that are most likely to cause fires.

I have a road bike (pedal kind not motor) it has a number of items that need to be charged every few rides (front and rear cameras, 2 light, bike computer, and the shifting system ever so often) this results in a multiport USB charger with huge brick and two smaller specialty chargers. I have a routine that I start when I plug the bike up and it turns on the outlet and it turns back off 8 hours later.
There is a large amount power lost to all these USB charges we have plugged in with no devices connected. I will likely never recover the cost of the Outlet ($10 or so) but I know all that stuff is not powered 24x7 when I only need to charge once a week for 6-8 hours (about every 3 to 4 bike rides)

And when li-on batteries burn, they really burn.... Lithium-ion Batteries From Electric Vehicles Aboard The Felicity Ace Are...

LISBON, Feb 20 (Reuters) – Firefighters are struggling to put out a fire that broke out on Wednesday on a vessel carrying thousands of luxury cars, which is adrift off the coast...

Lithium is even more reactive than sodium. When I was in college chemistry class, we cut off a tiny piece of sodium and dropped it into a metal beaker of water. The sodium reacted immediately with the water, disassociating it into hydrogen and oxygen gases. The heat of reaction was high enough to ignite the hydrogen causing an explosion. Had the metal been Lithium or had the quantity of sodium been larger, the explosion might have been quite destructive.

Fortunately, the non-rechargeable lithium cells such as Energizer Ultimate Lithium AA cells or coin cell batteries contain only a very small amount of lithium. The quantity is such that you can dispose of expended batteries safely in the trash. I do not recommend tossing any battery into a fire as pressure can build up causing the casing to explode.

Keep in mind any legit Li-Ion batteries have protection in them to prevent fires. There is a thermistor to measure cell temp and typically a one-time fuse. If you let them die down until they are right dead, typically they won't even recharge because of the fire protection.

Now, if you replace your Li-Ion with some econo priced unit off Aliexpress, then all bets are off.

any legit Li-Ion batteries have protection in them to prevent fires.

I think most would argue that Tesla vehicles utilize top-of-the-line Li-ion batteries, and yet even Teslas can spontaneously combust while charging, driving, or simply parked and not doing anything at all.

Bottom line: All Li-ion batteries are inherently dangerous to a certain extent, just like propane/hydrogen tanks, mega-capacitors, gasoline, ammunition, etc. Anything that stores a large amount of energy in a small space should be treated with utmost care and a healthy dose of caution.

If you want to go full on "wear the tinfoil hat" then I'd assume that you charge your laptops, tablets and phones in a steel garbage can in the center of a concrete driveway with fire extinguisher present. Those have Li-Ion, a laptop has more than any tool battery.

Everything has a failure point. My brothers upstairs toilet had a mfr defect and it cracked when he left for the weekend and flooded his entire house. If you want to carry "being safe" to the maximum, then turn off the water and and main breaker to your house when you are sleeping or away.

Of course I have many Li-ion batteries in my house. But I don't leave any of them charging while I'm away on vacation, just like I turn off my gas and water lines when I go on vacation. I cannot ever eliminate all risks, but I do try to minimize them whenever possible.

Be careful using the Zen20 for this application. Officially, I don't believe they support it. 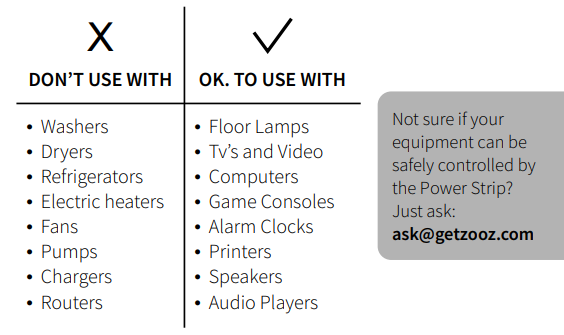 Their do and don't list almost appears all of the don't items are likely items that might result in litigation in the event of something failing.

I won't complain about them because their support is good. They replaced my unit when it failed. But after the correspondence with them I realized that I couldn't really use those power strips for anything useful. I have two new ones still in boxes because they don't support any of my applications.