Safe to move back to one hub?

I joined the HE world a good few years ago when things were a little less mature and along the way made the decision to keep all my Zigbee/Z-Wave devices on one hub and use a secondary hub for Wifi/Ethernet devices and experimental apps because things like the Sonos integration and other new (at the time) integrations like TP-Link/Kasa or Wemo were causing my hub to crash.

I've lived with these two C4s for a few years in this set up but it frustrates me to have the complexities of managing two hubs and remembering what is on what, especially when I have rules on both.

I have a couple of hundred devices and the UI is painfully slow, especially on mobile, so when I look for improvements, I look at the C7 hub, the maturity of these integrations above and wonder if it's time to consolidate onto a new (single) C7 hub?

I’d say yes without hesitation.
I rolled over to a single C7 about 8 months ago from a single C4 and things are much smoother now.
I had my C4 running pretty well but with occasional issues but I didn’t have to implement night reboots, just once a month.

It has highlighted things that I stuffed up or things that I do wrong more easily and quicker too.
Definitely worth it in my opinion.

Note however that I rarely use a UI as things are automated.

YMMV though, it’s hard to tell from your description exactly what was the cause of your hub instability.

I have 2 hubs - one for zwave, one for zigbee. Unless I’m updating the platform, I never have to reboot them. No complaints. I could probably combine them into a single hub, but why? Hubmesh makes mixing devices so seamless!

I remain a multiple hub house. I did however, migrate two of my C-5 Development hubs over to replace a C-3 and a C-4. The C-5 of course can take the USB radio stick and use it with an OTG cable. The C-3 and the C-4 are now back in their boxes and "retired forever." The pair of C-5 is better. In parallel, I've decided to further subdivide my home from two "zones" (Upstairs and Downstairs) to three "zones" by adding a C-7 and migrating about 40 of the devices off the others to become "Front" (meaning devices that live in the front dozen feet of my home.) Overall, it's better. Reducing hops has all the benefits you might imagine, so this "Front" hub has made all those devices just a tiny bit more responsive. I imagine the 700 has helped too. Of the 41 devices on the C-7 only 9 use a router. At least 3 of those are "how crazy can routing get?" type of stories since they are literally 10 feet of pure air between them and the C-7. They absolutely should be Direct but that particular exercise of finding out why is deferred to "someday."

I have a couple of hundred devices and the UI is painfully slow, especially on mobile, so when I look for improvements, I look at the C7 hub, the maturity of these integrations above and wonder if it's time to consolidate onto a new (single) C7 hub?

I wouldn’t regard the C7 hub as faster or having more resources but it has got significant changes in the Z-Wave handling chipset.

Some have reported a slow decline in free memory on the C-4's over time forcing a regular reboot to keep things working smoothly. I have noticed this as well.

I had 2 C-4's I was using in different locations in my house (upstairs and basement) and thing were working great. Fast forward to the C-7 - I now have a setup similar to @aaiyar 's - a C-7 for Z-Wave and a C-5 for Zigbee devices. Since I had a spare C-5 I also added that as my "network and cloud" apps/devices hub - like to keep things isolated from my main stuff. Hubmesh works great for this!

On the C-4 front - one of mine died completely (no response/light etc) so decided to retire both. I donated the working one along with some older devices to a local arts center.

I am a BIG fan of multi-hub arrangements. For my residential clients I am more likely to do it by location then by device type.

I do. But I have both hubs on the same subnet.

Yes since it is now integrated into the HE system. HubConnect was/is awesome though..

I have two hubs (more, I guess, but two "production" hubs) and have considered consolidating down to a single hub, but moving all of my devices is probably the biggest hurdle.

I recently went from three to two, though that was not long after moving from two to three (long story short: I had a C-3 that did Z-Wave and most automations, plus a C-5 that did Zigbee and most of my lighting automations, which was also the primary purpose of nearly all of my Zigbee devices; then I got a C-7 and moved Z-Wave to it, kept it that way for a few months, then moved what used to be on my C-3 over to my C-7--so back to two).

Around hub firmare 2.2.3 or 2.2.4, I began noticing significant performance improvements. I used to reboot my hubs at least weekly (I had this automated and could have done it more often, but I still liked to see how much I could push myself just because...). I've since disabled that and have no regrets.

I suspect I could move everything over my C-7, but again I just don't want to re-pair everything and it's working fine as-is, aside from, as you also note, the hassle of needing to share devices somehow.

I'd still probably keep one of these hubs around for potentially problematic things if I did this--maybe things that some have reported issues with, like Chromecast, some LAN integrations, or whatnot. And I'd consider a C-7 a better production hub than a C-3/C-4, given that the latter have slight differences in the underlying OS and the C-5/C-7 are reported to perform a bit better--as some have noted above. But I haven't had significant problems with any generation of my hubs, and I have or have had at least one of each.

I'm in the process of moving everything, about 120 devices, over to my C7. Has mostly gone okay.
Things I've experienced:
-C4 is very slow compared to C7
-C4 needs daily reboot, C7 does not
-C4 runs hot, about 150-160F, still works tho
-C4 got much "happier-snappier" when I removed most all LAN based devices & all Aqara devices. Only current LAN devices are a sonoff switch & a smartlife flashed H801
-C7 menus load very fast
-C7 z-wave , although getting better, still gives me fits when pairing. This was ~4weeks ago, haven't paired on 2.2.8.133 yet. In the past often had to reboot to get z-wave to pair

TLDR-Go for it, you'll be happier. Suggest finding evidence others are currently successfully using all your device types on C7. Despite HE's best efforts, they can't correct for buggy/lousy firmware. C7 is an entirely new z-wave stack, complete with all "fun" bugs, I suspect most have been squashed.

I'm using hub mesh and slowly moving over devices and watching for signs of instability. I made sure to build my C7 meshs with repeaters, before moving items over.
Hub mesh is fantastic in this regard, I don't even notice my system is a frankenstein

I had my C4 hit 200 degrees a few weeks ago. It was at that point i decided to pull the plug and shift its processing (I didn't have any devices on it, just apps, rules, etc.) over to the spare C7 i had hanging around. On a related note I know of a C4 for sale.. hahaha..
The set up I have with one hub for processing and one for devices was driven by the C4 seeming to struggle handling both over time and needing weekly reboots (i have a somewhat smaller installation). I probably COULD go to just one hub, but as @aaiyar said above hub mesh (and hub connect to a lesser degree) make it seamless. I've actually been toying with the idea (as @erktrek suggested) of picking up another hub to handle my cloud integrations. Just not really sure I need too. With the exception of Alexa (necessary for the WAF) I find I tend to add then remove repeatedly my cloud integrations like Ecobee and Rachio. I just don't seem to find enough value in consolidating them onto the system.

Well you could try to use your C-4 just for your integrations with no rules, no other apps and hubmesh to see how it works out? 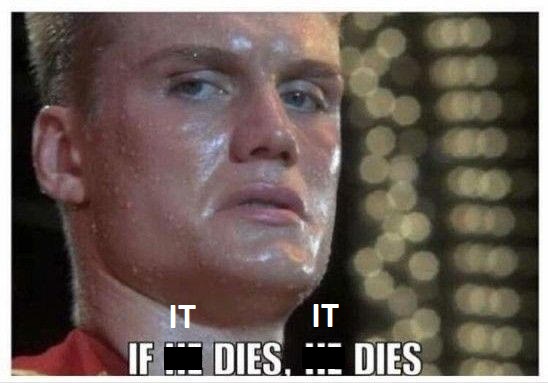 and it would save me having to get it past the finance department...

I have been using 2 hubs for a while now. My C7 I consider to be my “main” hub. My C5 I use for devices that don’t play well with others like:

Hub mesh works so well now that if I had to start over, I probably would have 1 hub with all my devices meshed to another with all my apps and rules. That would make it extremely easy to change devices in rules and apps…

I have about 150 devices both Z-Wave and ZigBee and prob 100 different automations on one C7, no issues at all. I don't even reboot it other then when an update is applied.

Hub mesh works so well now that if I had to start over, I probably would have 1 hub with all my devices meshed to another with all my apps and rules. That would make it extremely easy to change devices in rules and apps…

This is the set up I have and it works very well..

Good to know! Something to consider when I buy my next hub…