I have a rule that turns on a fan upon motion active. A second rule (shown below) then is triggered by motion inactive to delay a period -- not camcelable -- then turn off the fan(s). The delay should be 1380 seconds (23 minutes). But the delay aborts and the rule resumes after 140 seconds (at 11:17:32 in the log below).

(Note that the rule originally had hard-coded delay times and I encountered this problem which led me to try a variable in the rule as shown.) 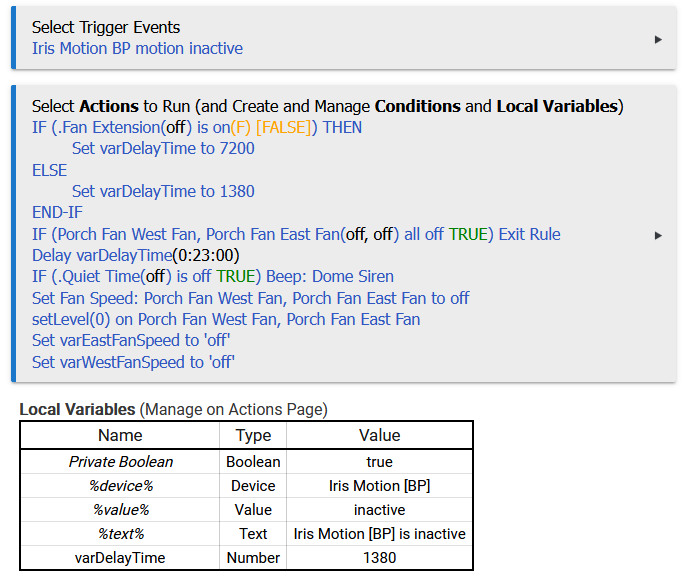 Is there a way to determine why the delay doesn't go the full 23 minutes?

Sounds as though it's being triggered multiple times, you have prior delays still pending.

Thanks, Bruce. For my testing, I have the motion detector on my desk where it is only triggered by explicit action on my part and only goes inactive one time for each test. Here is the log for the motion detector during my tests. The delay log I sent before is from the trigger active at 11:14:38 and inactive at 11:15:12. The rule should only be triggered by the one motion detector going inactive. Would something else trigger the rule? I don't understand about prior delays pending - how would I find out what causes those or clear them? Thanks again. 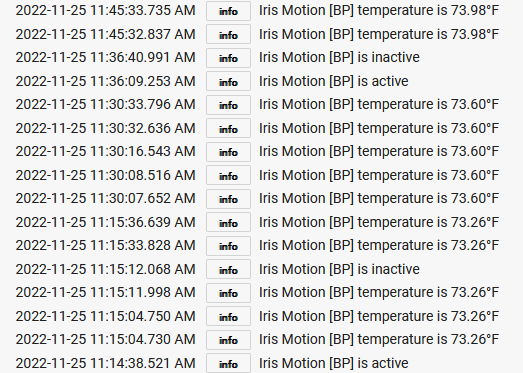