Ring Alarm deal for Canadians (possibly US too)

Just ordered a RIng Alarm from Amazon a few days ago and I wanted to point to a deal for Canadians that probably won't go much lower, or may not be repeated once Black Friday pricing starts. If it is, well you just buy the lower priced item and return this one. No harm done, nothing lost. 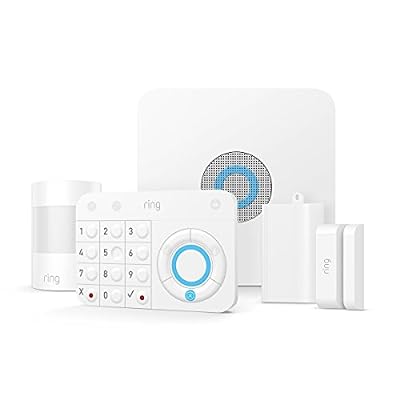 Well as it turns out, Amazon (and I have to admire their forethought in the way they price items) gave me the option to get the Echo Dot next day, but the Ring Alarm would require two-day delivery. So I chose next day for the Echo, because why not? I like to give work to independent delivery people as much as possible.

And when I thought about it, this is a really smart way for Amazon to price and deliver this. Think about if they had given the Echo as truly "free". That would technically entitled people to order the Ring Alarm with the bonus Echo Dot, then return just the Ring Alarm and keep the Dot. Amazon would lose in that scenario. If buyers return both, well that's just business. But if they keep either just the Echo, or just the Ring Alarm, they only lose the sale price of one of the two items, but they get your data collection from either, and they might even pickup a subscription from the Ring Alarm owners. They win in two out of three scenarios. Very clever.

[Edit] Looks like the US is using the same Echo "giveaway" type offer. So this method might work in the US as well. If it does, then US residents could get the RIng 5-piece alarm for $149.01 USD 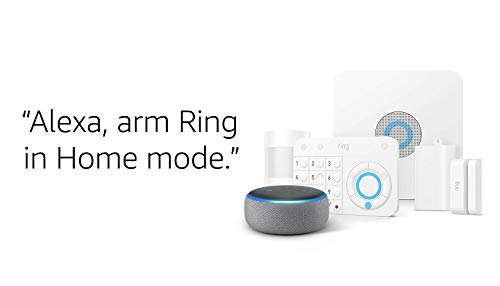 This bundle includes Ring Alarm 5 Piece Kit and Echo Dot (3rd Gen)—whole-home security at your fingertips. Get motion-activated alerts on your smart phone.

How or will you be able to integrate this with HE?

Yes. Beta testing is in progress

Notice!!! First and foremost I need to warn any who venture to use this integration. This integration is provided for fun without hope of warranty or safety or stable or permanent use. Ring are not official partners with Hubitat or myself and all of the interactions between the Hubitat hub and Ring's cloud servers in this integration are via the private API calls that Ring does not publish or give permission to use for this purpose. I wrote this integration for fun and I do not trust it with m…

After I posted I did almost immediately find that link. Thanks.

Mine arrives today. Snow delay, the Echo Dot was delivered yesterday, and I can indeed just return the Echo without being forced to also return the Ring Alarm. Hoping I like it. Now that I've got local control over my iSmart Alarm, I don't really need this, but I've been thinking about moving to a monitored service at some point, and Ring gives me that option.

Once I saw that it was an indirect connection it wouldn't be something I would want. To keep security and automation separated this might be almost ideal.

To keep security and automation separated

Yeah, that is a requirement I force upon myself. There doesn't seem to be any trend towards local Security Systems. They all require a cloud connection. There is one that I came across that ties into an existing system (not Konnected), but cannot recall where I saw it now, and if I remember correctly, it too was cloud.

I installed the ring alarm for my friend over the weekend and I have to admit. It's simple but a neat little system. He bought 2 key pads, controller, 4 motions and 20 contact sensors. I didn't have enough time the first day and left the controller running on battery. It lasted 14 hours!
Now I am thing of getting one. Maybe the interface controller but what to do with all my existing contact sensors.

I welcomed this. Door/window sensors make such great input devices. Just solder two wires to the reed switch and any contact point can then register its state to HE. For 110v devices where the contact point you want to monitor is not already isolated from the mains voltages, I just add a 110v relay and use the closing of those isolated contacts to trigger the door/window sensor.

I had planned to buy some more just for that purpose, but as you say, the integration instantly made my existing door/window sensors available for use elsewhere.

But you won't be able to use the contact sensors from Ring in your automations in Hubitat will you? Just in Ring.

This is correct. With the integration he created you can use them in HE like any other contact sensor.

Sorry, but I don't buy into the whole, let's slap together 15 systems model. Keep everything directly connected to Hubitat. Makes things a lot simpler.

Sorry, but I don't buy into the whole, let's slap together 15 systems model

I tend to agree with you on this one... I use @codahq's app/drivers to control my ring floodlight camera's lights with my HE automations.. That is pretty simple...

Hey....use it for everything if you want. As long as you realize Ring could shut it down tomorrow and you'd be screwed, then go for it! Look at all those folks who spent all that money on Nest thermostats that won't work with anything anymore. Just go into it with your eyes open is all I'm sayin.

I wish HE and Ring would work together on an official integration so this wouldn't be a problem.. But yea that's why I kept my integration pretty simple... if it fails... I can always go back to the less sophisticated scheduled lights settings in the ring app.. I just prefer while it is working to follow my rules for the rest of my outdoor lighting...

Read the first two paragraphs of @codahq 's post . Put your big boy pants on. Look before you leap. Know what you are in for, and all other expressions that apply.

Notice!!! First and foremost I need to warn any who venture to use this integration. This integration is provided for fun without hope of warranty or safety or stable or permanent use. Ring are not official partners with Hubitat or myself and all of the interactions between the Hubitat hub and Ring's cloud servers in this integration are via the private API calls that Ring does not publish or give permission to use for this purpose. I wrote this integration for fun and I do not trust it with m…

For the record I had no idea what post you referring to before now. I was talking in general.

I think all points stated here are valid especially given each users own experiences and preferences.

However, I also want to point out that just because we can I'm considering creating the same type of integration to Nest as I did with Ring i.e. using the private APIs to do our bidding. It would even be easier than what I did for the Ring integration though because somebody has already done some heavy lifting and reversed engineered the private API here. 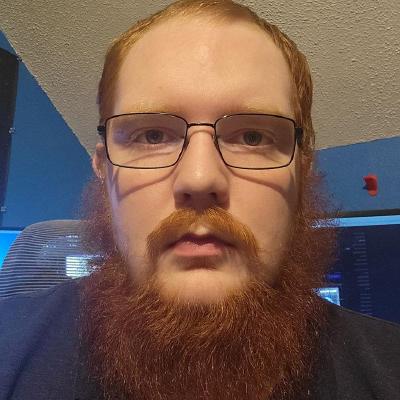 Contribute to USA-RedDragon/badnest development by creating an account on GitHub.

WOW! And apparently we get a picture of the fine red-headed gentleman and scholar when I link the repo because of how Discourse scrapes a preview of links. A Nest integration is down on my list of priorities though. I need to (this list is mostly for me but I'm including it anyway because people @mention for updates from me for some of these items and I don't often respond. It's therapeutic in a way to get it all written down and loosely ranked):

Any of these at any time is superseded by God (don't hate), my wife (don't hate) and to a much lesser extent the Utah Jazz (don't hate) in that order. I probably won't get to a Nest integration for a while but I linked the Nest repo in case somebody else wants to try...