Does this box only house one switch? If so, then three cables coming into that box makes sense.

If that's the case, you may have an issue with your design as described in the first post.

So it looks like I may have to call an electrician friend.

So it looks like I may have to call an electrician friend.

Probably a good idea, especially if electrical work is not something your an expert at. Safety is always the number 1 priority!

I do have a scenario similar to yours. I chose to implement the Hampton Bay Zigbee Fan/Light controller (HBFC). Hubitat has built-in support for this device. My fan is a simpler/older 'pull chain' design. Here's what I did...

So far, it has worked very well. I can still use the remote control that comes with the Hampton Bay Zigbee Fan Controller. The one thing that is hard to know exactly is what speed the fan is set to. I use the round middle button on the Pico to cycle through the fan speeds (similar to pulling the motor speed chain.) So, I added some Rule Machine logic that sends a text to speech command to my Google Home Mini via the Google Home Assistant integration. This way, any time the fan turns on, off, or changes speed, we get an audible feedback.

The really amazing part, is that the Lutron Pico and HBFC were able to be used during the recent Hurricane Florence power and internet outage we experienced. My generator was able to power the the house's 110VAC loads, and that ceiling fan came in very handy without air conditioning for 5 days!

Hope this at least gives you some additional ideas. I think you may be able to buy a new ceiling fan that comes with the Hampton Bay Zigbee Controller already integrated. That may be a good option for you if you don't already have the fan. It would definitely allow for more flexibility.

Home Depot also sells a bunch of 'Wink Enabled' Ceiling Fans that come with this preinstalled, I believe.

Shop our selection of Ceiling Fans in the Lighting Department at The Home Depot.

To control everything with Hubitat, I use @stephack's awesome Advanced Button Controller (ABC) App to map the Lutron Pico Remote's buttons to the various functions (light and fan).

I recently received my first Google Home device. I was very intrigued by the Google Home Assistant Relay project over on ST. I followed Greg Hesp's directions to get the assistant-relay nodejs server up and running on a Raspberry Pi 3. I am not going to explain those steps, as he already has them documented on his GitHub repository. Make sure you have assistant-relay working before proceeding with any Hubitat changes. I looked at his existing Device Type Handler and SmartApp, and decided …

@ogiewon - thank you for the detailed answer - let me summarize back to you to make sure I am following.

I guess I could get 2 pico remotes since I have two switch boxes and the necessary holder/wall plates for both.

Sadly the fan I bought already has a remote control .. but I am sure it's an RF and will just not use it. I've seen other posts about this - will this be a problem if it's already a remote controlled fan ? I don't care if I don't use "their" remote control stuff.

You know whenever I get into something new - I always somehow find the most difficult situations first instead of "just replace that" with this and you're good to go.

The canopy can hold one Remote controller module. If your new fan has a similar size/shape module, you can remove it and replace it with the HBFC. The modules are reasonably standard with two wires (black, white) that are wired into the ceiling, and two wires (blue and ??yellow??) that stay inside the canopy, one to the fan and one to the light.

Correct on all three above. One item to point out, just in case, is that Hubitat's Lutron integration requires a minimum of a Caseta SmartBridge Pro hub.

Sadly the fan I bought already has a remote control .. but I am sure it's an RF and will just not use it. I've seen other posts about this - will this be a problem if it's already a remote controlled fan ?

I am not sure if that will be an issue or not. There is a thread dedicated to the Hampton Bay/King of Fans Zigbee controller. Posting there may provide more exposure to users who are using this device. Be aware that the custom driver code in the following thread is no longer needed, as the Hubitat team added native support in the HE firmware a while back.

Update 6/27/18: Fyi, the built in Hampton Driver for this controller has been updated to include a lot of the functionality of this driver. There are still some differences and benefits of my version but the built driver will cover almost everyone's needs. See this post below for details UPDATE 6/02: v1.0.20180602 of Fan Controller driver added "cycle" command to cycle through fan speeds (like the remote) UPDATE 5/30: v1.0.20180530 of Fan Controller driver fixes lastRunningSpeed scrip…

To add another option, we also went with the Hampton Bay controller, but instead of wiring line and load together, we left them switched. I bought a double switch plate and installed the Pico remote inside one hole of the switch plate with this:

It looks like the Pico is inside the switch box but it is not.

You need to cut the power several times to the Hampton Bay controller in order to join it to the hub, and that was much more easily done with the wall switch. But you will have to get in the habit of leaving the wall switch on and just controlling the fan with the Pico.

You probably need to research your current fan and compare against fans mentioned in this forum as well as the SmartThings forum, as some fans with the controller built-in won't work with the Hampton Bay controller. All our fans are switched at the wall and controlled with the pulls, so were great candidates for the controller.

I added some fans and didn't even bother running a wire down the wall for switches. I purchased a bag of these small switches and with some solder and shrink tubing, added them in under the canopy. The few times per lifetime you have to individually power cycle the fans and the nuisance of opening the canopy, is balanced by never having to worry about someone hitting the wall switch by accident. (I could have mounted the switch, exposed, but at the time I assumed I'd almost never use the switch.. so far, I've been correct. They got used that first day, never since. 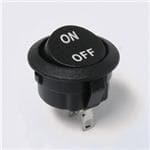 Months later I thought.. "you know those pull chains are for a switch inside the canopy... 2 mins of rewiring and I wouldn't have needed those extra switches AND would have had a pull chain!" -- maybe next house

Ok ordered a number of pico's and Caseta switches, HBRC... this will cover a few rooms. We'll see how that goes before I make the big plunge and replace all switches ..

Don’t forget to add a Zigbee repeater to the same room as the HBFC. Best to start off with a solid mesh network versus trying to fix it afterwards. My HBFC has never lost its connection. I am sure it is routing through the Lowe’s Iris 3210-L Smart Outlet.

Don’t forget to add a Zigbee repeater to the same room as the HBFC.

You bet - ordered it too from Home Depot - didn't have it locally ... I will keep everyone posted so someone else can get help from this ... and I am sure I will have more questions (tons).

You probably need to research your current fan and compare against fans mentioned in this forum as well as the SmartThings forum, as some fans with the controller built-in won't work with the Hampton Bay controller.

Good point but one point of clarification since I just went through this the other weekend. One of my fans came with a remote which speaks to a canopy module that slides into the bracket. This canopy module is the same size as the Hampton Bay one so I just removed it and replaced it with the HB one. Wiring was the same. So the HB controller can still work with fans that come with remotes.

I bought the harbor breeze pawtucket or something like that

I pulled up the manual to look at the wiring and yours has a proprietary remote controller built in the fan. Unfortunately the HBFC won’t work for you unless you can figure out the wiring inside your fan motor.

My Harbor Breeze fan had a canopy module that you slide into the top of the bracket above the fan rod. So fans with this type of bracket should work: 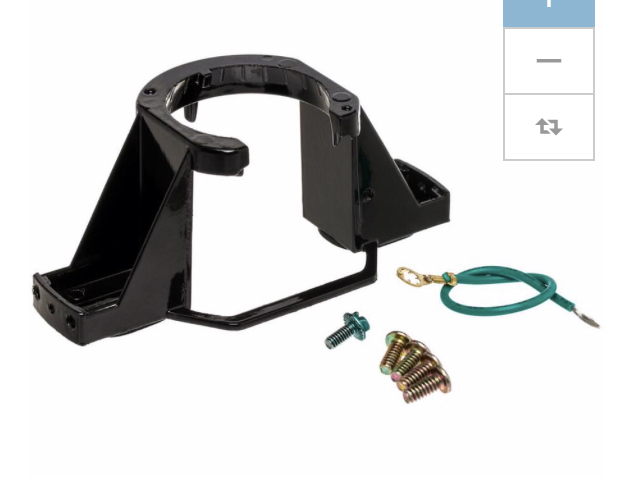 So I got my Hunter fan kit in yesterday (actually received 2 :D) but I will take it into my local Home Depot and return it.

Anyway - everything went great flipped the switch on the wall to provide power and did the device discovery and lights flashed and fan came on ... it was all paired up .. then went a step further and got it all hooked up to my remote pico - everything worked like a dream.

Note - the ceiling fan is about 8' from the HE.

Once paired, it should stay paired even if power is lost. Zigbee is a pretty resilient mesh network. Some devices that lack a reset button use a series of power on/off to reset. That is the only time it will forget about the network it is joined to (unless the network tells it to leave the mesh, like deleting the device from Hubitat).

Ok good to know.. sadly at this point the I can't get it to turn back on.

When I did get it reconnected - it would turn off and on with the other lights 1-2 times then it wouldn't respond. Then after a few tries it would finally respond. Now I can't get it to respond at all with the pico or when I go into the device and click on or off.

The logs say its turning on ... but never confirms its on (because its not on) ...

This device can be a tricky pain.

First things first...do yourself a favor and get a Zigbee repeater for every room you plan to install this device in. It doesnt matter how close you are to the hub...just read through the post here and in the ST forum.

Secondly, while this device does not lose its pairing with the hub, it does sometimes require trickery to reconnect after a power outage. I live in florida so this is tested fairly regularly during lightning storms for me.

Look at this post just minutes ago for the trick I normally use..there are others...including shutting down the hub for 20 minutes to rebuild the zigbee mesh..I prefer my method.

I'm getting this error on one of my Hampton Bay Fan Controllers. I can control the fan fine but this error is generated every time the device is refreshed (manually or via scheduled reporting). I have another one that's working fine. I have tried cycling every attribute (light on/level/setFan Level) and tried configure(). Issue perists. Anythoughts @mike.maxwell java.lang.NullPointerException: Cannot invoke method sendEvent() on null object (parse) Edit: I have 3 of these devices. After a r…

Lastly and potentially the most obvious, did you leave the antennas inside the cowl. If so, you will definitely have connectivity issues.

Ok I will play with it a bit and read through everything.

Actually I never got the canopy back on so it's just the fan motor (no blades) and the light kit hanging there.