I created a simple rule that announces if the front door was left unlocked and repeats the announcement every minute until the door is locked. It also turns on an Inovelli LED notifiction,

When I unlock the door the rule triggers and Alexa keeps repeating that the door is unlocked and the LED notification is on.

When I lock the door the rule triggers again, the LED notification turns off however the repetition does not stop. I created a rule similar to this and it works fine.

What am I missing here? 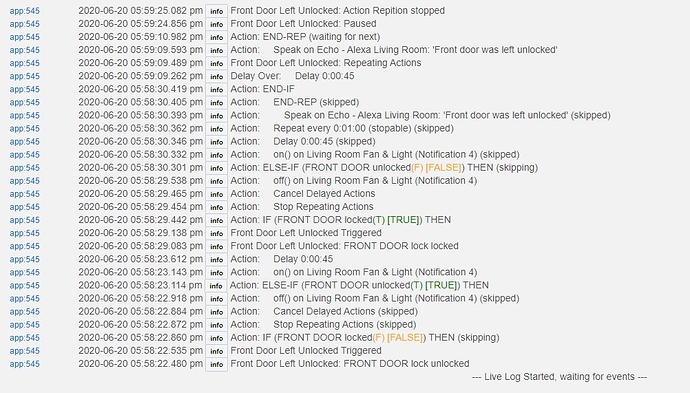 You need to edit your Delay 0:00:45 and select the option to make it cancelable.

There is a much easier way to do this: 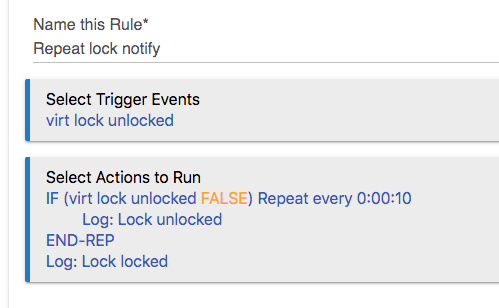 Obviously, you'll want to add more actions for when the lock is unlocked, change the repeat timing, and change the actions to do for unlocked and locked.

What this is doing is a "while-loop". It will repeat as long as the condition in the Simple Conditional Action is true. Once that condition is not true, it stops repeating. The inference of the lock being unlocked becoming false is that the lock was locked. So, anything you want to do after the lock is locked again goes below.

Ah, one thing you might not like about this is that it won't process the lock event instantly. That could be fixed this way: 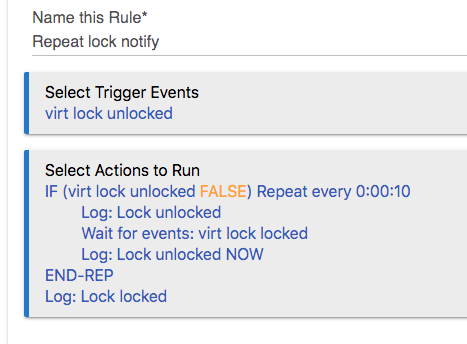 Thank you guys, I got it.