Most temperature sensors are sampling air temperature or they are probe based, are there any sensors that are for measuring the surface temperature of the thing they are attached to, or a probe sensors with a larger surface sampling area (like a pad vs wand style)

I've not seen any "integrated" solution either Z-Wave or Zigbee with the exception of those with the "probe" you mentioned.

However I believe the "Probe" style should be quite capable of measuring most anything you can stick it on.

Alternatively one could use @ogiewon 's Hubduino and a NodeMCU. The NodeMCU is basically an arduino with Wifi built in. It of course will require some "building". Then using a thermocouple of NTC (aka thermal changing resistor) of some sort you can get a device that is designed to measure flat surfaces.

Keep in mind the above sensors (T/C or NTC) are not flat. They are just so small the amount of thermal energy they need to change temperature is very small.

Getting back to the probe type (Basically a DS18B20)
I believe either of the below configurations are capable of measuring a flat surface. They are larger than the above T/C or NTC so they will be a little slower to respond but the difference will be lost in any Hubitat application. (i.e. the Hubitat reads temperature slowly, not multiple times a second) 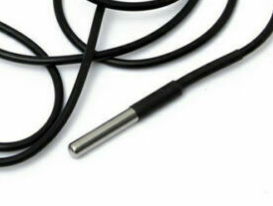 Internal 1-Wire device without any packaging: i.e. the "guts" of the above assy. 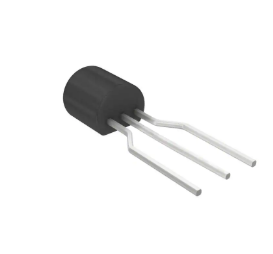 Remember here we are measuring the temperature of some other device. Very little heat energy is actually being transferred.

So a device such as the DS18B20 in contact with whatever you are trying to measure will reflect relatively well the temperature of what it is contacting.

Worst to best implementation of the two above sensors measuring a water pipe. In both speed and accuracy (mostly speed)

All of the above could be effected by moving air, especially when the air is at a much different temperature (or you are outside or in a duct etc). In these cases a simple insulating cover will help. Could be foam of some sort or simply a small box to block the air movement.

New sensor.
Visonic MCT-370 (works in freezers, other models do not.)